Manchester City and Bournemouth will face-off at the Etihad Stadium, as Pep Guardiola’s men look to extend an impressive 14-game unbeaten run across all competitions.

The current Premier League holders are one of two unbeaten sides in the league, as they currently top the table with the record of 11 wins and two draws. The hosts have racked up a 5-game Premier League winning run, having defeated Burnley, Tottenham, Southampton, Manchester United, and West Ham United in the process. In the previous five league clashes, the Citizens have scored 19 goals while they have only conceded three in the run. With just five goals allowed in their opening 13 Premier League games, the reigning champions have the joint-best defensive record in the English top flight along with Liverpool. Meanwhile, Aguero and Co. have bagged 40 goals so far, which makes them the best attacking crew in the league.

On the other hand, the visitors are not having the best of times, as they have suffered three straight Premier League defeats, with the last one arriving last weekend to Arsenal at home. The Cherries are the only team in the English top tier that is yet to play out a draw on the road this campaign, as they have secured three wins and suffered three losses in six away meetings. Eddie Howe’s players have failed to keep a clean sheet eight times in their opening 13 league games, while they have struggled to find the back of the net on three occasions in the run. It will be a daunting prospect for Bournemouth to pick up a win against Manchester City at Etihad, as they have lost all of their last six H2H meetings in the Premier League. 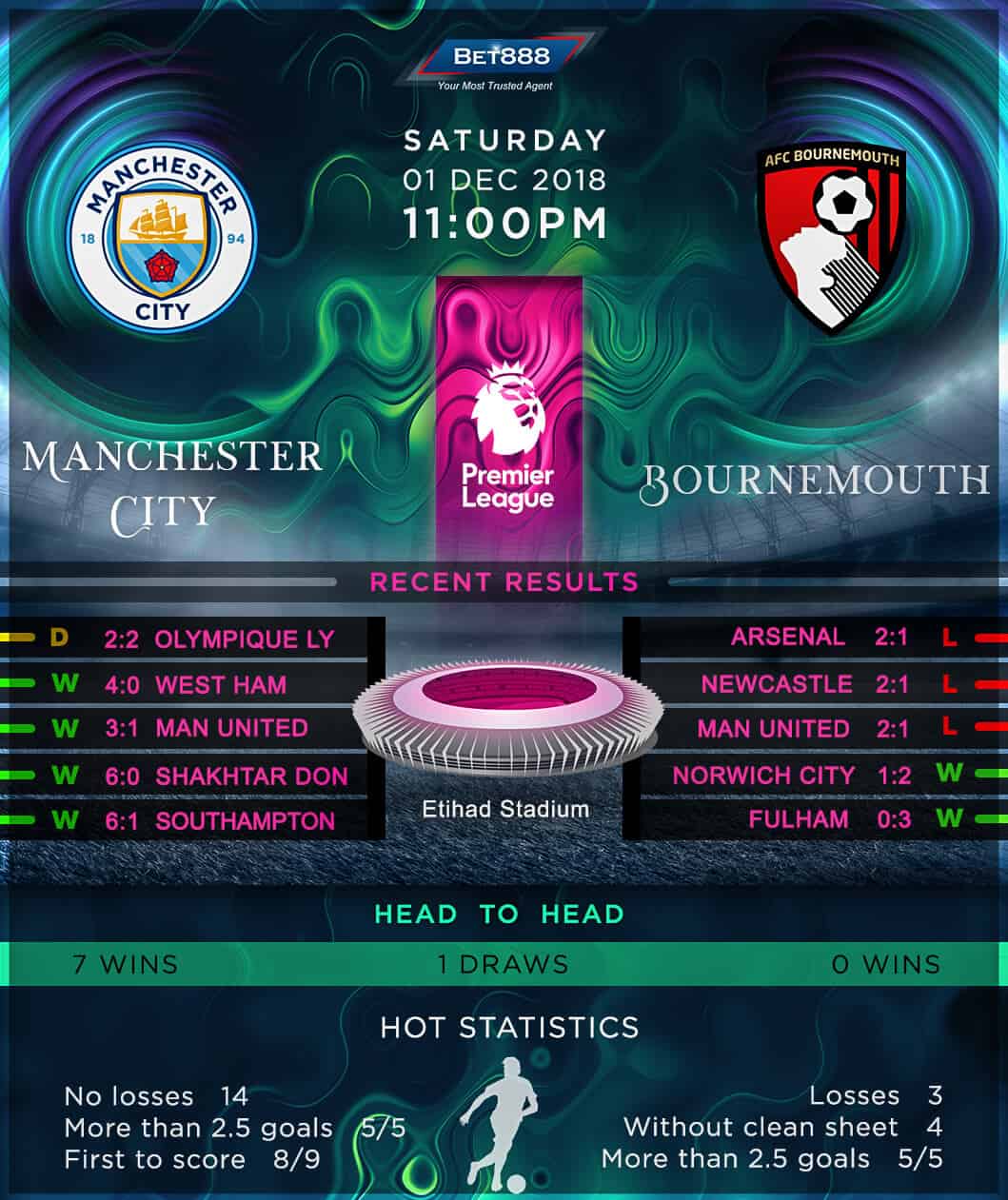