Bukit Jalil National Stadium is the venue as Malaysia and Laos go head-to-head in contrasting AFF Championship Group B circumstances.

Faisal Halim’s strike seven minutes into the second half catapulted Malaysia to a precious 1-0 win over Myanmar in their curtain-raising Group B game, perhaps setting the tone for their first qualification for the AFF Championship knockout stages since a runner-up finish in 2018. Inspired by an eye-catching three-match winning streak without conceding, the ‘Tigers of Malaya’ would solidify their bid to claim a top-two finish in this section by beating a lowly Laos. That shouldn’t be much of the task, considering they’ve been victorious in all seven previous H2Hs across all competitions, including a 4-0 thumping in the 2022 AFF Championship group stages. In fact, they have hammered this opposition in all four encounters at the tournament via multi-goal margins, never scoring fewer than three goals.

As for Laos, a morale-damaging 6-0 defeat at the hands of Vietnam in their Group B opener kind of summed up their underdog status in the competition. Having lost as many as 35 (83%) out of their 42 AFF Championship fixtures overall (W2, D5), it’s no wonder the ‘Million Elephants’ have never qualified for the tournament’s knockout stages. As one of the worst-performing defensive sides in AFF Championship history, they have conceded a whopping 161 goals across those 42 matches at an average of 3.83 per game. If only could head coach Michael Weiß rely on his frontline to compensate for Laos’ defensive leaks, yet a woeful run of five scoring blanks on their last six internationals on foreign soil tells a different story. 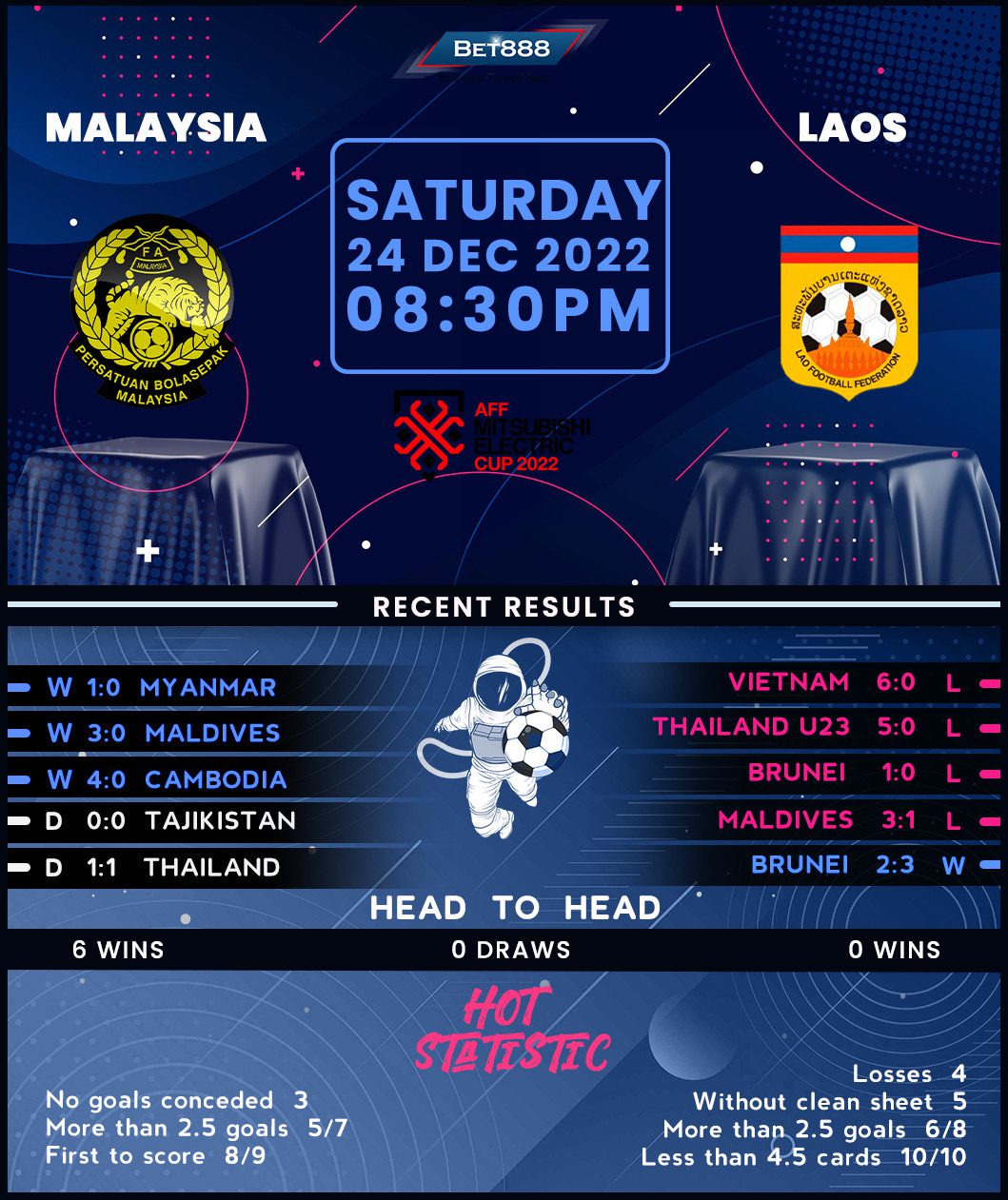