Wolfsburg will be looking to get their stop-start Bundesliga campaign up and running when they take on top-half Mainz 05 at the Mewa Arena.

After stringing together two Bundesliga wins down the final stretch of October, Mainz have gone winless in their last three league outings (D2, L1) after falling behind on two occasions. Following a run of three consecutive top-flight clean sheets in September, ‘Die Nullfünfer’ have now conceded at least once in each of their last eight Bundesliga matches. That’s not a good sign as Mainz are pursuing their first league win over Wolfsburg at home since November 2015, having gone winless in their last five Bundesliga H2Hs as hosts since (D3, L2). On a bright note, though, Bo Svensson’s men have only lost one of their seven Bundesliga home fixtures this season (W3, D3) despite scoring an average of just 1.57 goals per game.

Meanwhile, Wolfsburg will be keen to return to winning ways in the Bundesliga after turning a two-game winning streak into back-to-back matches without a victory (D1, L1). But ‘Die Wolfe’ have blown hot and cold away from home this season (W3, D1, L2). Curiously, four of the five away league matches won/lost so far have yielded a two-goal margin, suggesting whoever wins here could cruise to a landslide victory. Though a rock-solid defense was the trademark of Wolfsburg’s last season’s top-four finish, a lack of disciple this season has seen them concede 2+ goals in six of their previous eight Bundesliga games. Yet, even if they fall behind here, Wolfsburg should have enough character to bounce back, having lost just one of three away league matches when conceding first this season (W1, D1, L1). 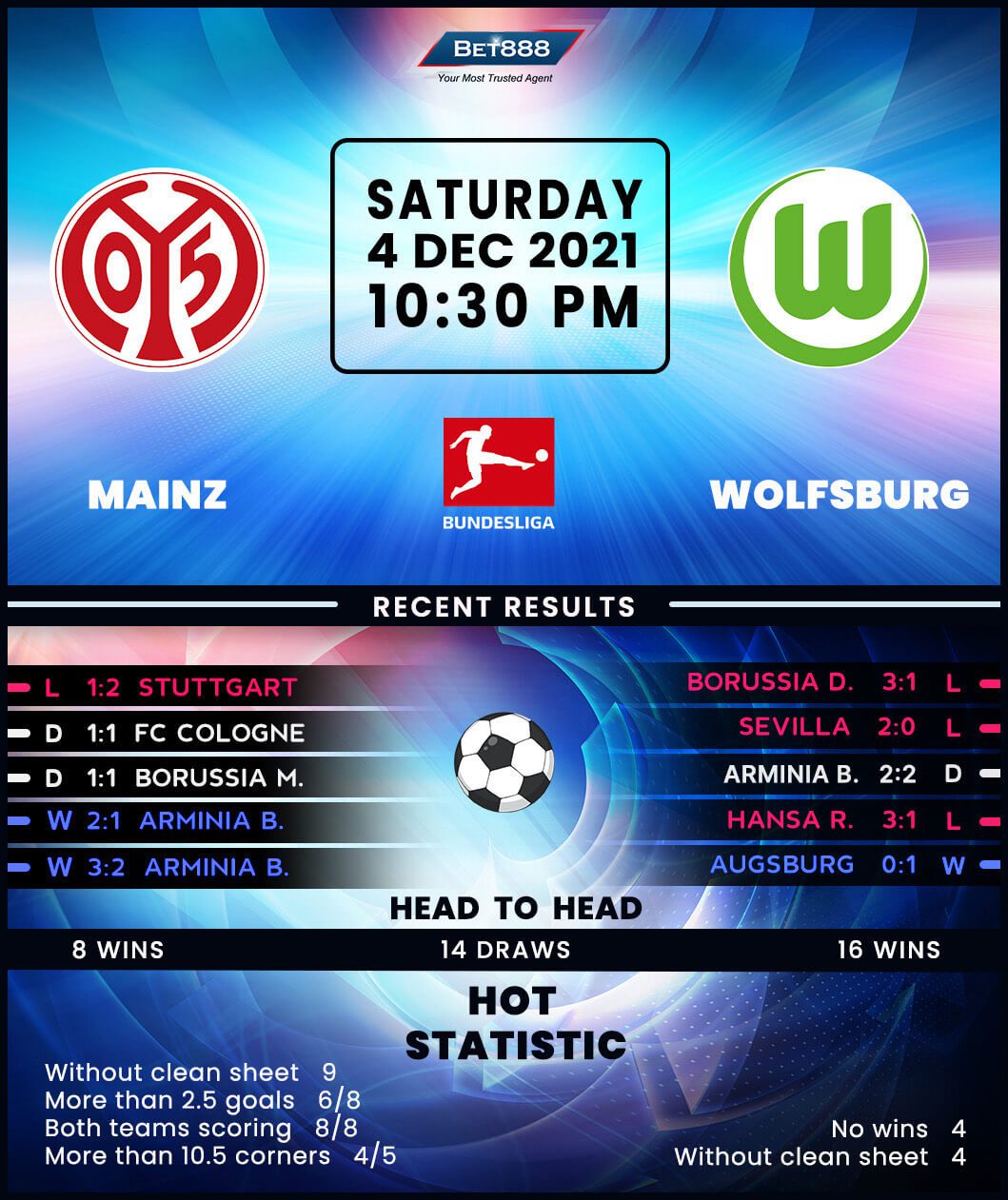