After a 4-1 loss to RB Leipzig, Mainz 05 will welcome Eintracht Frankfurt to the Opel Arena looking to end a two-game losing streak against the visitors.

Mainz’s indifferent form has seen them won five out of their opening 15 Bundesliga clashes while suffering six defeats in the process. Moreover, Die Nullfünfer’s recent displays have earned them one victory in the previous four league outings. The Karnevalsverein have secured just one triumph in their last five games on the home ground, although scoring at least one goal per match in their previous four home meetings. Mainz’s prime problem this season concerns poor performance in the final third, which has seen them scored just eight goals in eight home matches. Their tally of 14 notched goals is the second-worst in the German top flight, as Sandro Schwarz’s men scored an average of 0.93 goals per match thus far.

Meanwhile, a 2-1 home win over Bayer Leverkusen last weekend has ended Eintracht’s two-game Bundesliga losing streak, as it was also their second 2-1 victory in less than a week following a success against Lazio in the Europa League. The Eagles’ impressive road form this year could have a major impact here, as they’ve won five out of last seven competitive games away from home, scoring a minimum of two goals in each of those triumphs. Just two teams scored more goals than Launische Diva (32) this season, as Adi Hütter’s men failed to find the back of the net just once this campaign. However, their defensive problems have seen them conceded ten goals on eight road trips so far, as they’ve kept a clean sheet just twice in the process. 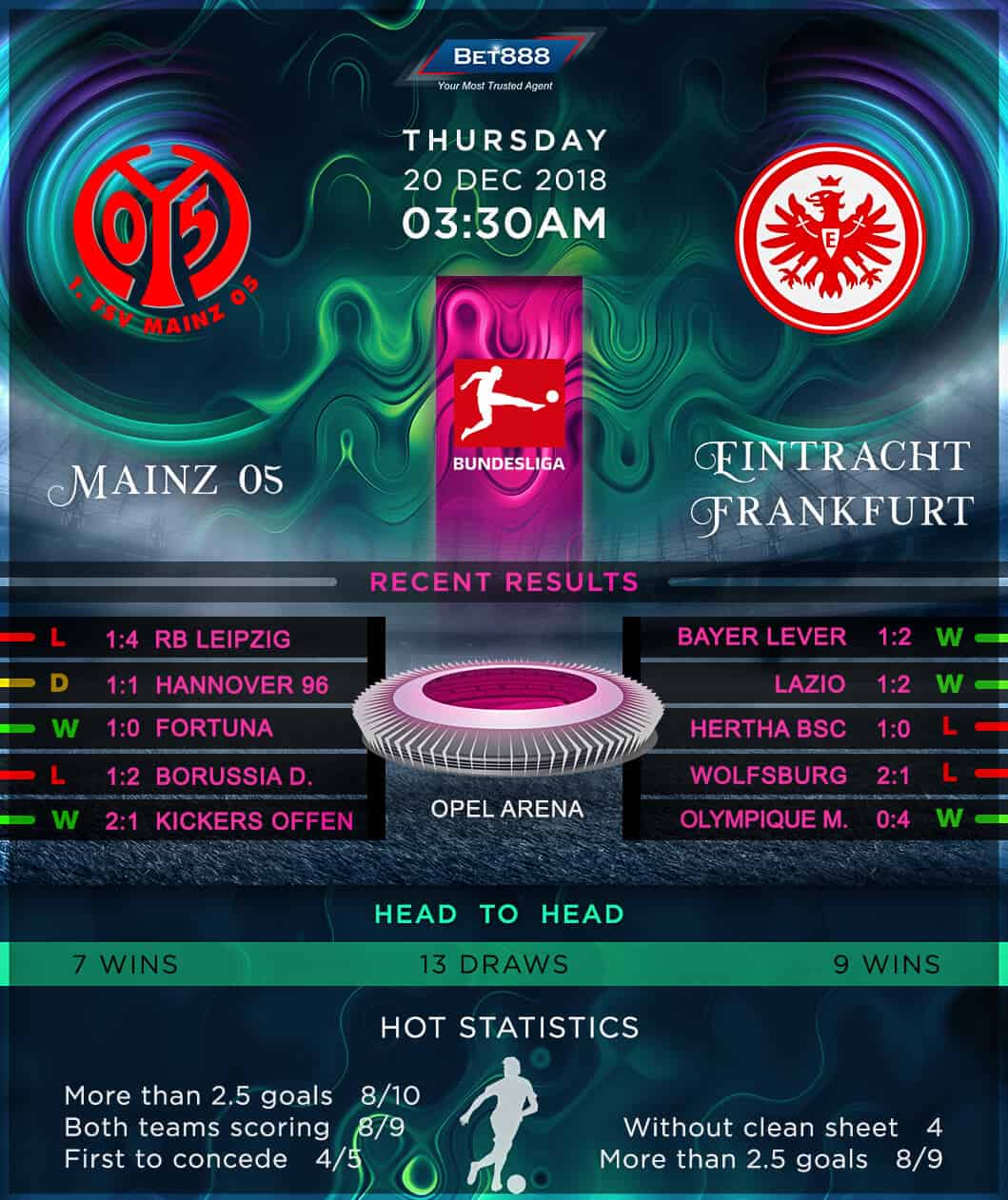