Mainz launched the new calendar year the same way to capped off the last, drawing 1-1 with Stuttgart on the road to make it five straight Bundesliga matches without a win (D2, L3). Stuck in mid-table but closer t the relegation zone than European placings, ‘Die Nullfünfer’ return to the Mewa Arena for the first time in 2023, hoping to turn their underwhelming home fortunes around in the new year (W1, D4, L2). Dortmund may not necessarily be their first choice to kickstart a comeback, considering they’ve lost their last five top-flight H2Hs on home turf, failing to get on the scoresheet three times in the process. But having lost one of their five home league outings in the lead-up to this clash (W1, D3), they can at least hope to avoid defeat.

On the other hand, Borussia Dortmund pulled off a dramatic 4-3 home victory over Augsburg in their 2023 Bundesliga opener, scoring precisely twice on either side of halftime. That may offer ‘Die Borussen’ some hope as they aim to defy a frustrating away league record in 2022/23 (W3, L5) and avoid losing three consecutive top-flight games on the road following a brace of two-goal margin defeats at Gladbach and Wolfsburg. Signs are not promising for under-pressure manager Edin Terzic, considering Dortmund’s disappointing haul of 28 points stands as their worst tally at the halfway point of a top-flight season since 2017/18. Terzic must be desperate for his side to open the scoring, given that they’ve lost four of their five away league matches when conceding first this term (W1). 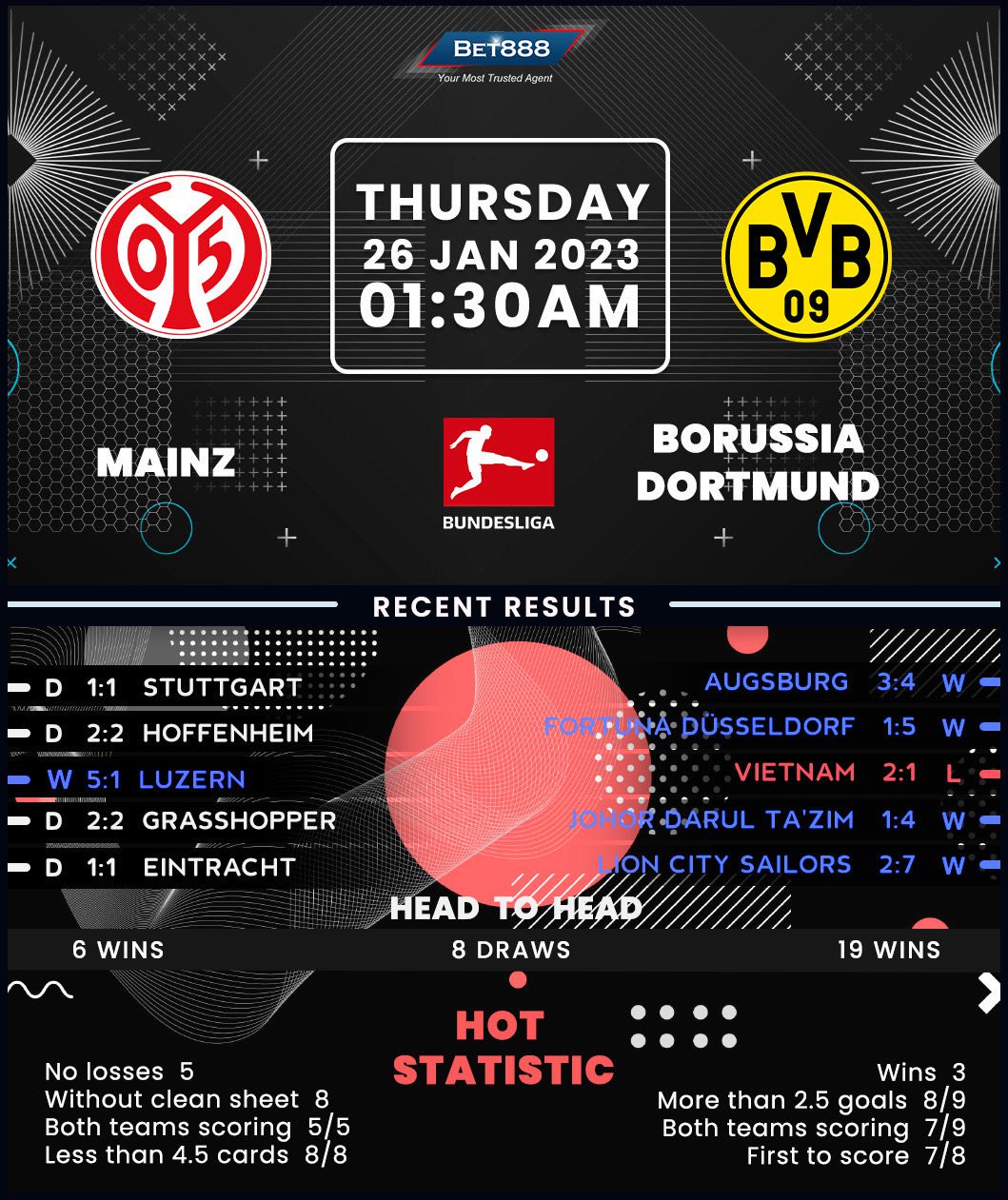