It is second versus first on paper, but it’s like an oasis between both Lyon and PSG. The Parisians have a massive 11-point lead at the top.
Wednesday’s 8-0 hammering of poor Dijon, which Neymar grabbed half of the goals, was PSG’s eighth straight win in all competitions.
Despite winning five and drawing one of their last six fixtures, Lyon’s defence will have to pull out all the stops to deal with that kind of firepower. They have kept just one clean sheet in the last 10 games, and that came in mid-week, a 2-0 win at Guingamp.
PSG have won eight of the last nine encounters between both sides. The odd one out was a 2-1 defeat in February 2016.

Bertrand Traore and Mariano Diaz will be back for Lyon after missing the Guingamp win, but Javier Pastore and Thiago Motta remain doubts for PSG. Adrien Rabiot, Marquinhos and Kylian Mbappe, though, are good to go and should be restored to the starting XI. 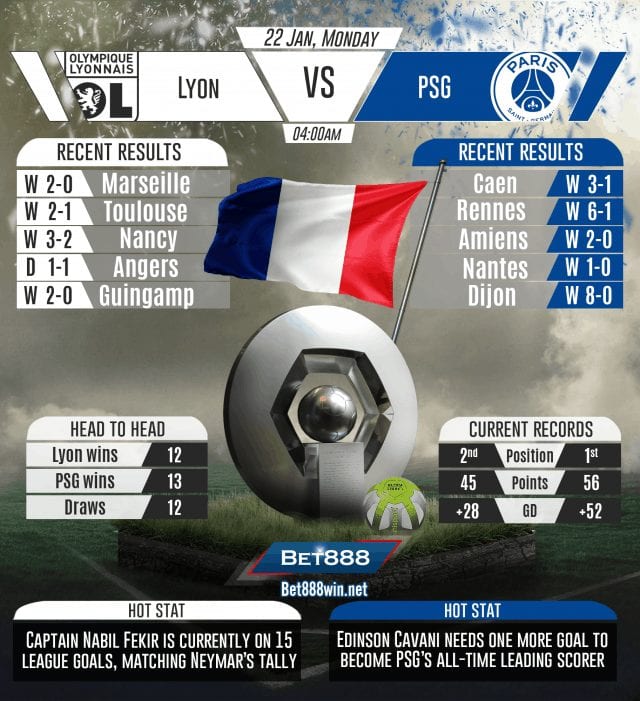