One of the teams that amused the football fans most last season is looking to start the new Ligue 1 season in front of the home crowd, hoping to repeat the similar performance to those from last campaign, as Lyon look to take on Amiens at the Parc Olympique Lyonnais. After securing the Champions League football last year, Les Gones managed to keep all of their key players although there were numerous major European clubs that wanted to lure Fekire, Depay, Ndombele, and Traore away from France, and Bruno Génésio seems ready to take new challenges with a very strong unit, reinforced with the likes of Martin Terrier and Léo Dubois. Lyon had a quite successful warm-up campaign, as they managed to achieve three significant victories, 4-0 over Fulham, 2-1 over Wolfsburg, and 3-2 over Benfica. However, the former Ligue 1 champions also suffered two defeats, 1-0 to Inter and 3-1 to Huddersfield although they have shown glimpses of their potential in both of those games. On the other hand, Amines who survived in the top flight last season featured in only three preparation matches this summer, as they lost to Paris FC by two goals to one, while pulled off a 3-2 win over Tubize and drawn 1-1 with Saint-Étienne.

According to the reports, both teams will enter the field at full strength. 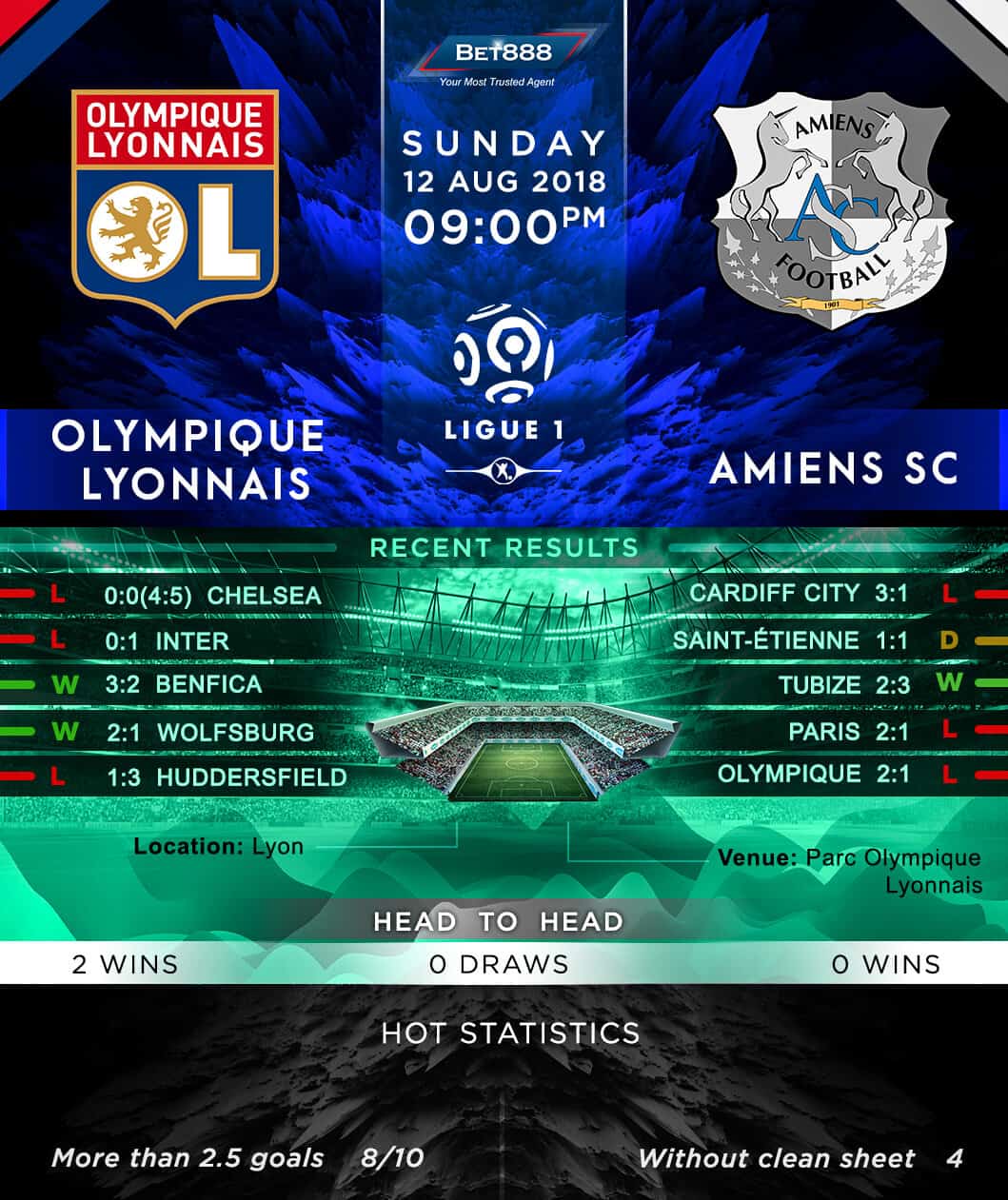