After an astonishing season in which they have played in the Champions League Final, Liverpool will start the new campaign praying for the similar scenario, as they look to host West Ham United at the Anfield Stadium in the first Premier League fixture. The team has matured under Jurgen Klopp, which was quite visible during the summer as the Reds lost barely one friendly out of a total of eight they have played. Apart from that 3-1 loss to Borussia Dortmund, the Merseysiders have recorded some stunning triumphs, including a 4-1 win over Manchester United and an outrageous 5-0 victory over Napoli. The last team to suffer the consequences of Liverpool’s devastating attack was Torino, who fell at Anfield earlier this week conceding three goals while finding the opponents’ net once. The similar summer experience had West Ham too, as they only lost the opening summer friendly against Winterthur, after which they achieved five wins in the next six games, beating Wycombe, Aston Villa, Ipswich, Mainz, and Angers in the process. The Hammers invested a lot of money this summer hoping to return to the European scene as soon as possible, and the arrivals of Yarmolenko and Felipe Anderson manifest the ambitions of the club.

All three Liverpool’s signings, Naby Keita, Fabinho, and Xherdan Shaqiri, are called up for the opening Premier League match. As for the visitors, the absence of Manuel Lanzini, Winston Reid, Michail Antonio, and Andy Carroll will force Manuel Pellegrini to come up with something different if looking to avoid defeat in his first official match as West Ham manager. 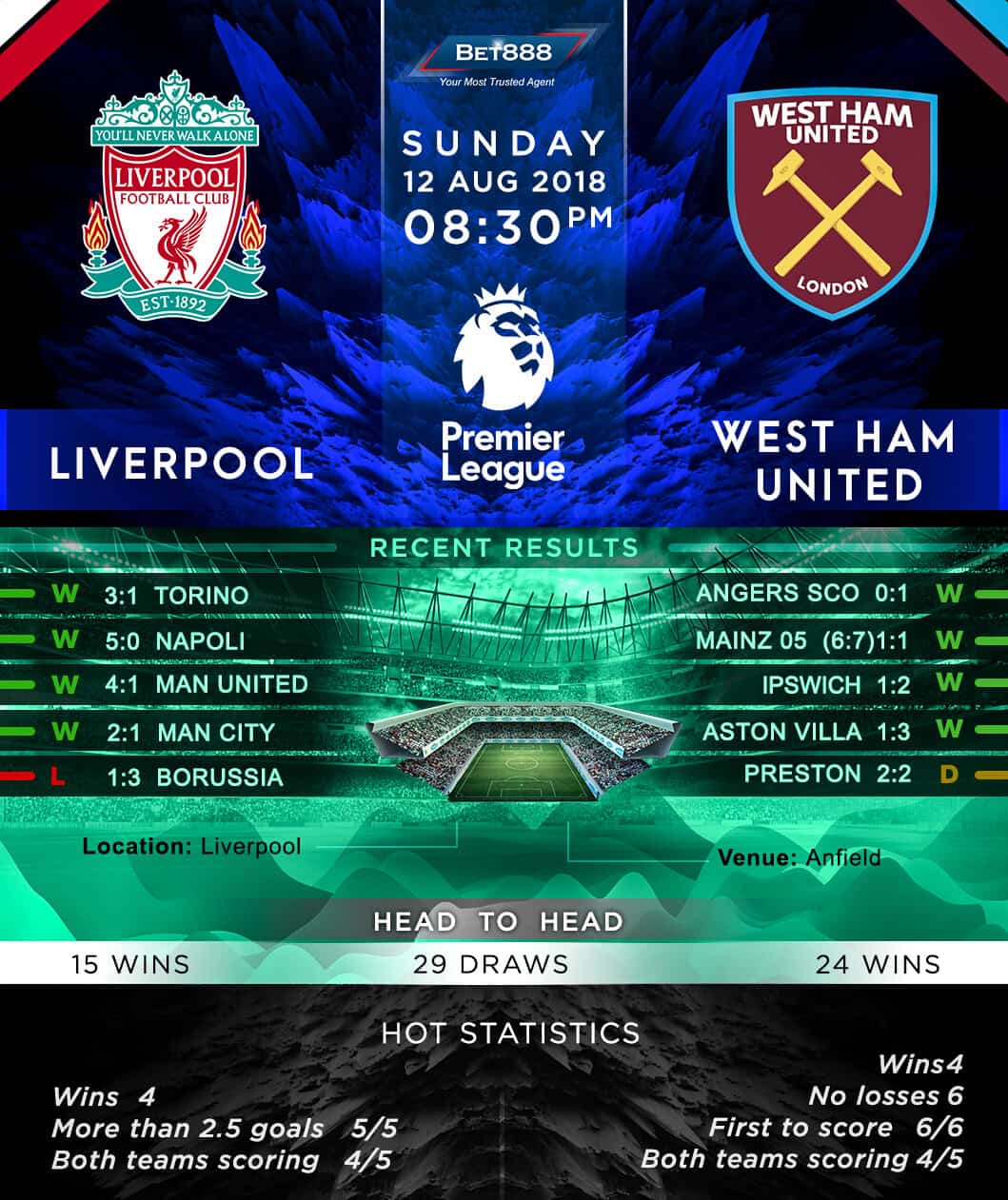