After an encouraging 3-2 win over Paris Saint-Germain in the Champions League, Liverpool will host Southampton at Anfield, looking to maintain an impressive form and keep up the pace with Chelsea.

The Reds have been outstanding since the start of the season, as they have won all of their first five matches in the English Premier League, scoring eleven while conceding just two goals in the process. Last weekend, the Merseysiders outclassed Tottenham Hotspur at the Wembley Stadium, which was the second successive time in the league Alisson Becker failed to keep a clean sheet. Jurgen Klopp is urging his players to keep cool heads ahead of a weekend showdown, as Liverpool lost two times and played out two draws with Southampton at home in the previous six matches.

Meanwhile, the Saints have managed to raise their game a bit over the last two fixtures, defeating Crystal Palace 2-0 on the road and playing out an unfortunate 2-2 draw with Brighton & Hove Albion at home. Mark Hughes’ job is still at risk, since his side currently resides just three points above the relegation zone, mainly thanks to a slow start of the season that saw them losing two out of three matches in the league.

Dejan Lovren, Alex Oxlade-Chamberlain, and Adam Lallana are still out due to injuries. As for the visitors, they should start the match at full strength according to the latest reports. 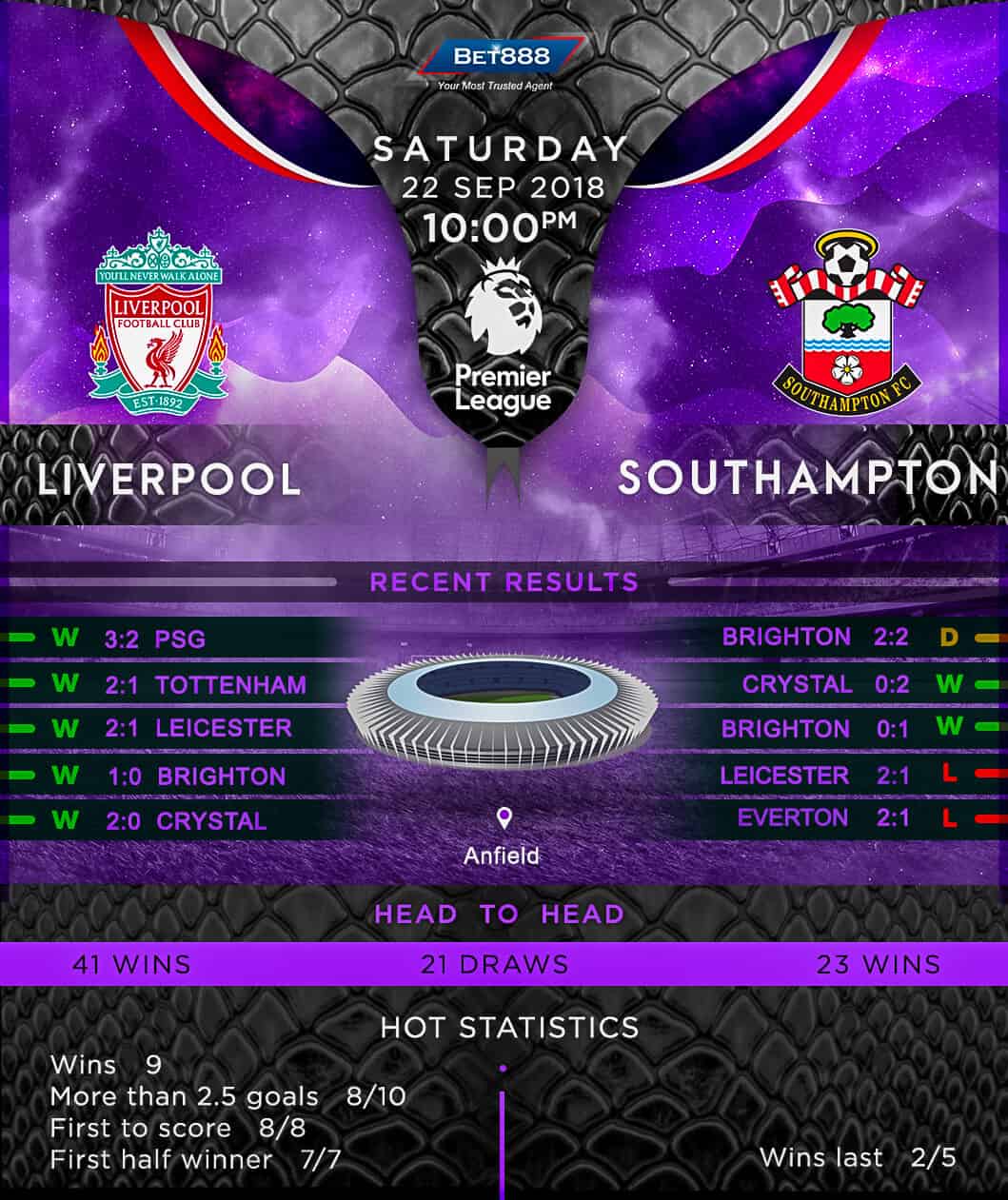