Liverpool will host arguably one of the weakest Champions League contestants at the moment, with Red Star Belgrade preparing to arrive at Anfield.

The Reds have started the new Europe campaign off on the wrong foot, having clinched a 3-2 triumph over Paris Saint-Germain at home before suffering a narrow 1-0 defeat to Napoli at the Stadio San Paolo. Therefore, the Merseysiders need a victory to keep pace with both European heavyweights, as Jurgen Klopp urges his players to show more determination in the final third. In the past five matches in all competitions, Liverpool only secured one win, having barely managed to outscore Huddersfield Town last weekend, while they’ve failed to score more than one goal in the remaining four games.

On the other hand, the Red-Whites have suffered a devastating 6-1 loss to PSG in France after holding Napoli to a scoreless draw in Belgrade on the opening matchday. Although they are yet to impress in Europe, the Serbian SuperLiga champions are unstoppable in the domestic championship, having clinched eleven victories in a total of twelve games so far. However, it’s hard to expect Red Star can cope with the Premier League giants in their Champions League debut, especially as there’s the clear daylight between the qualities of the squads.

Naby Keita, Alex Oxlade-Chamberlain, and Sadio Mane are ruled out by physical problems, while Jordan Henderson might still be available after picking up a minor injury against the Terriers during the weekend. As for the visitors, Vladan Milojevic will have all of his key players fit and ready for the big showdown. 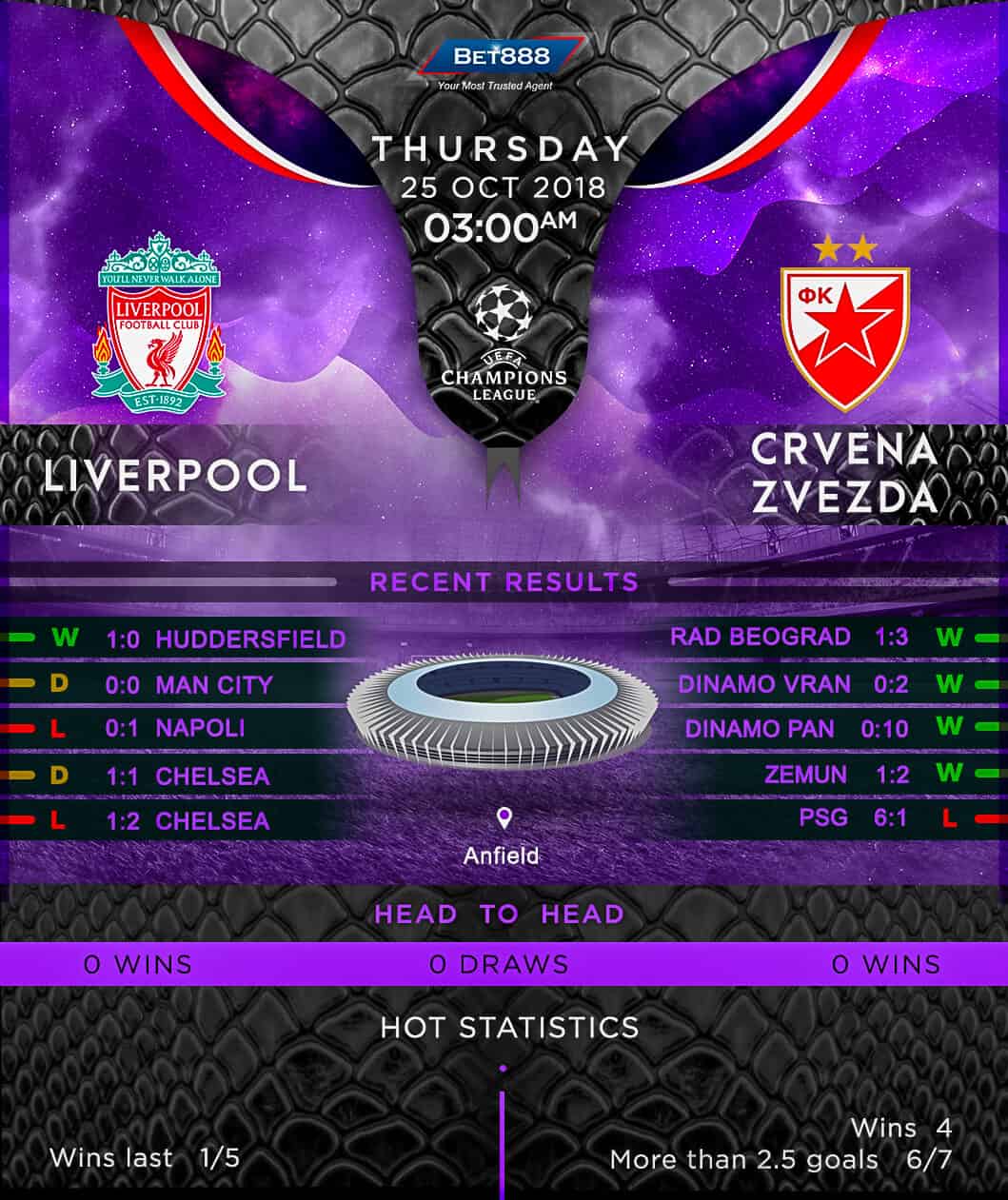