Out-of-sorts Liverpool will be looking to return to winning ways when they take on Champions League Group A whipping boys Rangers at Anfield this midweek.

Liverpool hoped to turn their fortunes around after the international break, but a topsy-turvy 3-3 home draw with Brighton & Hove Albion dampened the Merseysiders’ enthusiasm. Despite turning the tables following an early 2-0 deficit, the ‘Reds’ conceded 3+ goals for only the second time in their last 43 matches at Anfield. Defending has not been Liverpool’s strong suit in Europe this season either. But after a humiliating 4-1 defeat at Napoli on day one, Jurgen Klopp’s lads pulled off a 2-1 home victory over Ajax to reignite their bid to qualify for the knockouts. Liverpool’s success against the Eredivisie champions marked their 13th triumph in their last 15 home matches in the Champions League group phase (D1, L1). That’s encouraging as they look to maintain their 100% unbeaten ratio in competitive home games this season (W3, D2).

As for Rangers, their first foray into the Champions League group stage has been a nightmare thus far as they’ve lost both opening Group A fixtures via an aggregate score of 7-0. At the risk of drawing a blank in their first three outings of a new Champions League campaign for the first time in the club’s history, the ‘Gers’ come into proceedings on the back of consecutive league triumphs, both of which saw them open the scoring. While they may feel there’s no better time to take on Liverpool, Rangers will be worried about their disastrous all-time European record on English soil (W1, D2, L4). Yet, with manager Giovanni van Bronckhorst’s future in the balance, Rangers will be out to beat the odds and build on a 4-0 thumping of domestic rivals Hearts on their most recent travel. 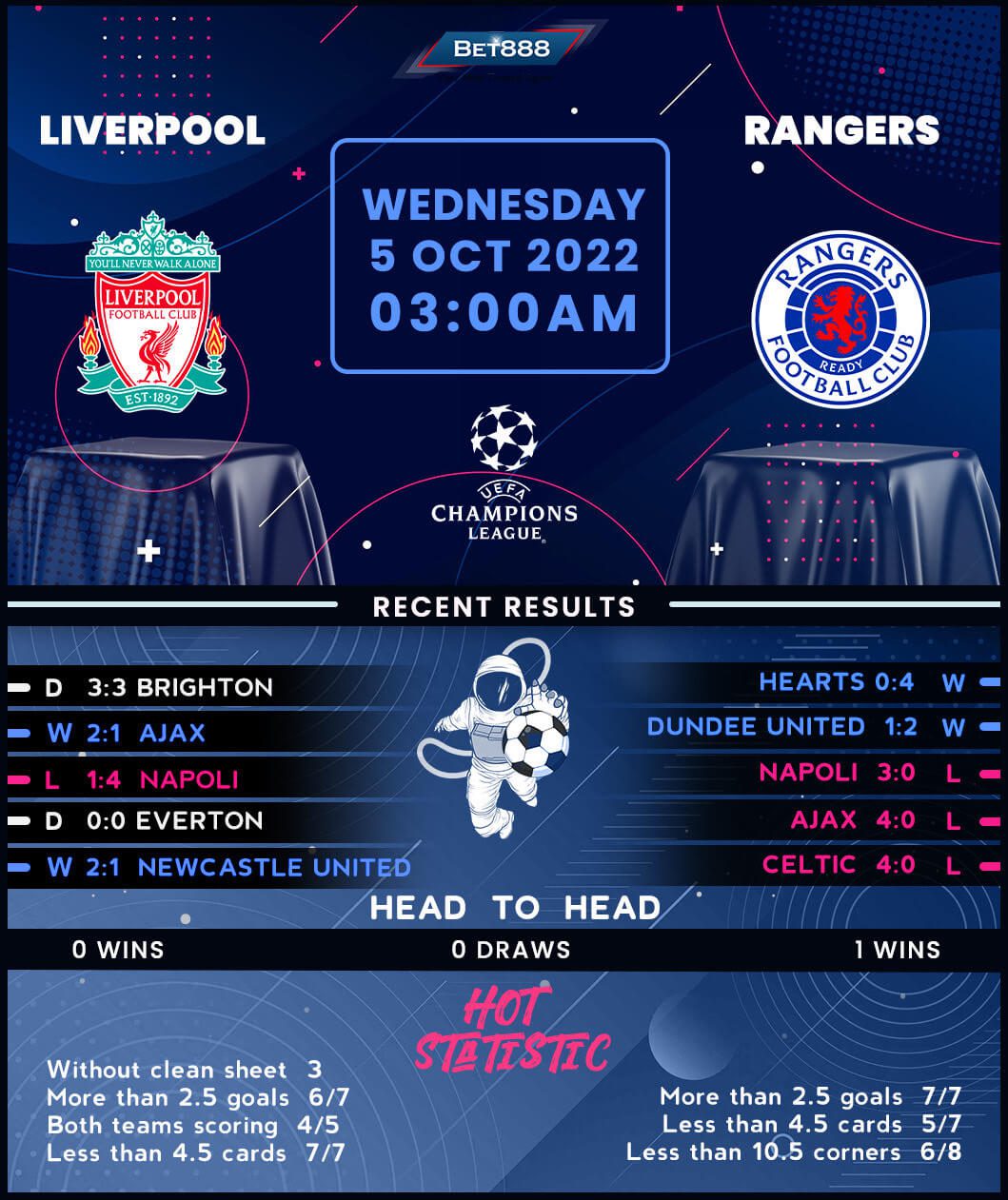