In the final fixture of the Champions League Group C, Liverpool will welcome Napoli to Anfield in what is going to be a must-win match for the Premier League giants.

Last year’s runners-up are dealing with a difficult situation as they have to beat Napoli 1-0 or secure a win of a two-goal margin if the visitors manage to score a goal at Anfield. A disastrous road displays have put the Merseysiders in this position, considering Jurgen Klopp’s men lost all of their three road clashes in Europe, including the one to the Partenopei. Although Virgil van Dijk and his fellow backline colleagues have impressed in the Premier League thus far, they have struggled to replicate the same performance in the Champions League. Not only they have failed to keep a clean sheet in four out of five matches in the group stage, but the Reds have conceded two goals or more three times in the process. An encouraging fact for Klopp could be that his players defeated both PSG and Red Star at home, scoring seven goals in the run.

Meanwhile, the visitors will be looking to avoid a failure that would guarantee them a place in the knockout stage. Residing the only unbeaten team in Group C, the Partenopei won two out of their opening five Champions League encounters, including the one against Red Star last time out. However, Carlo Ancelotti’s players have failed to secure all three points on both road trips so far, playing out a goalless draw with Red Star before being held to a 2-2 draw to Paris Saint-Germain at Parc des Princes. The principal problem for Ancelotti could be that his men have struggled to keep a clean sheet in seven out of last eight games across all competitions although only three teams (PSG, Juventus, Sampdoria) managed to score more than one goal against Napoli this season. 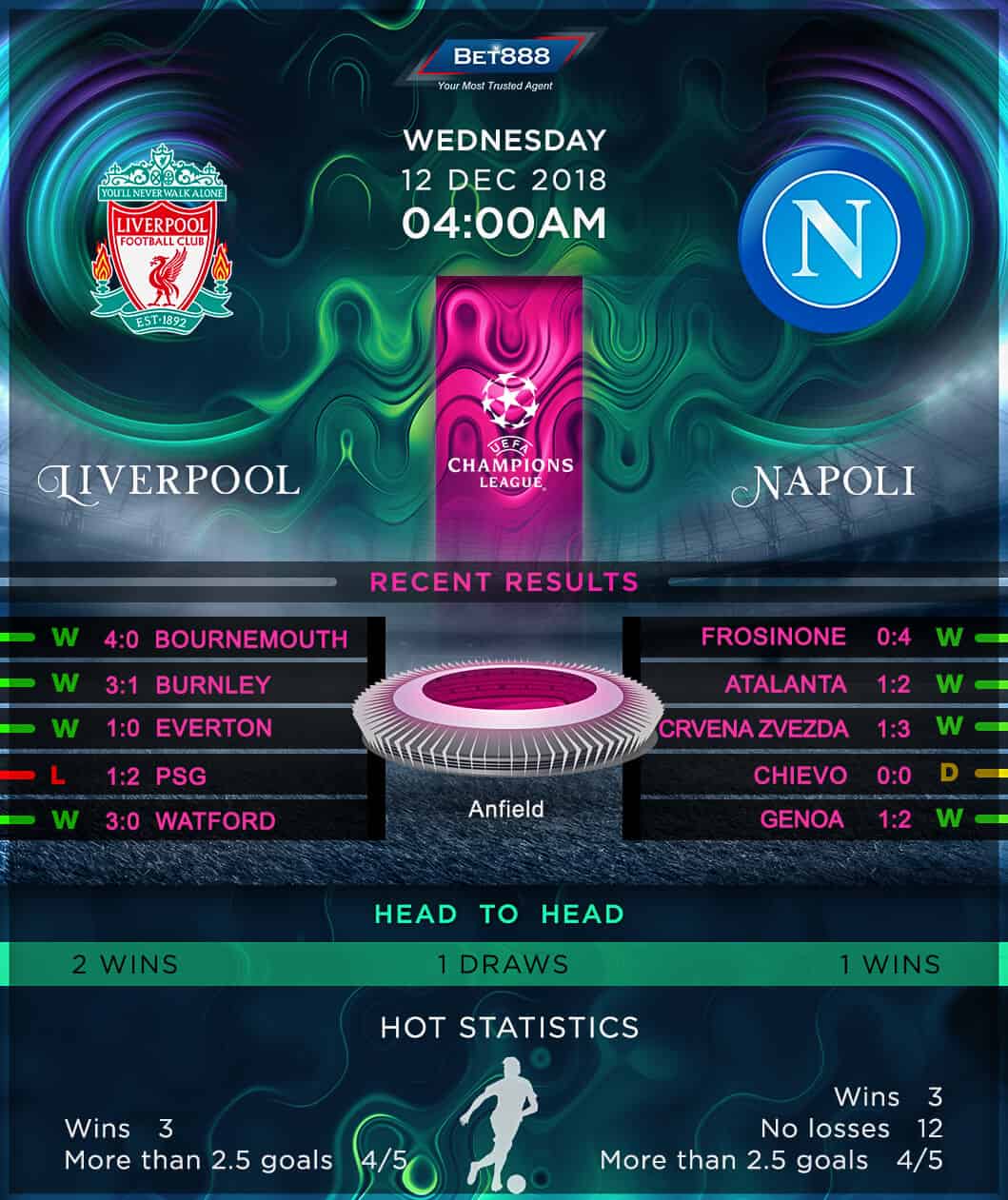