After completing an impressive International Champions Cup campaign with a stunning 4-1 win over the arch-rivals Manchester United, Liverpool will face off against the SerieA side Napoli at the Aviva Stadium in Dublin, looking to maintain a solid form ahead of the new Premier League season. The Reds had a very intensive preparation period as they featured in four friendlies against some low-quality English teams before making participation in the ICC where they managed to beat both Manchester teams, while failed to demonstrate the same performance against Borussia Dortmund who pulled off a commanding 3-1 victory over Jurgen Klopp’s side. On the other hand, Gli Azzurri startedthe preparation campaign under the new boss, as Carlo Ancelotti replaced Mauricio Sarri on the bench, recording three comfortable triumphs over Gozzano, Carpi, and Chievo in which they have scored eleven goals. However, the encounter against the Merseysiders will be the first tough test for last season’s Serie A runners-up, especially considering the fact Ancelotti didn’t have an opportunity to examine Mertens, Callejon, and Insigne since taking charge of the team.

Klopp will be able to count on all of his key players including Jordan Henderson who returned to Anfield after taking part in the World Cup with England, while Alisson Becker might get the chance to makes his debut for Liverpool after arriving from Roma earlier in the summer. As for Napoli, bothsummer signings, Fabian Ruiz and Simone Verdi will be at Ancelotti’s disposal for the match. 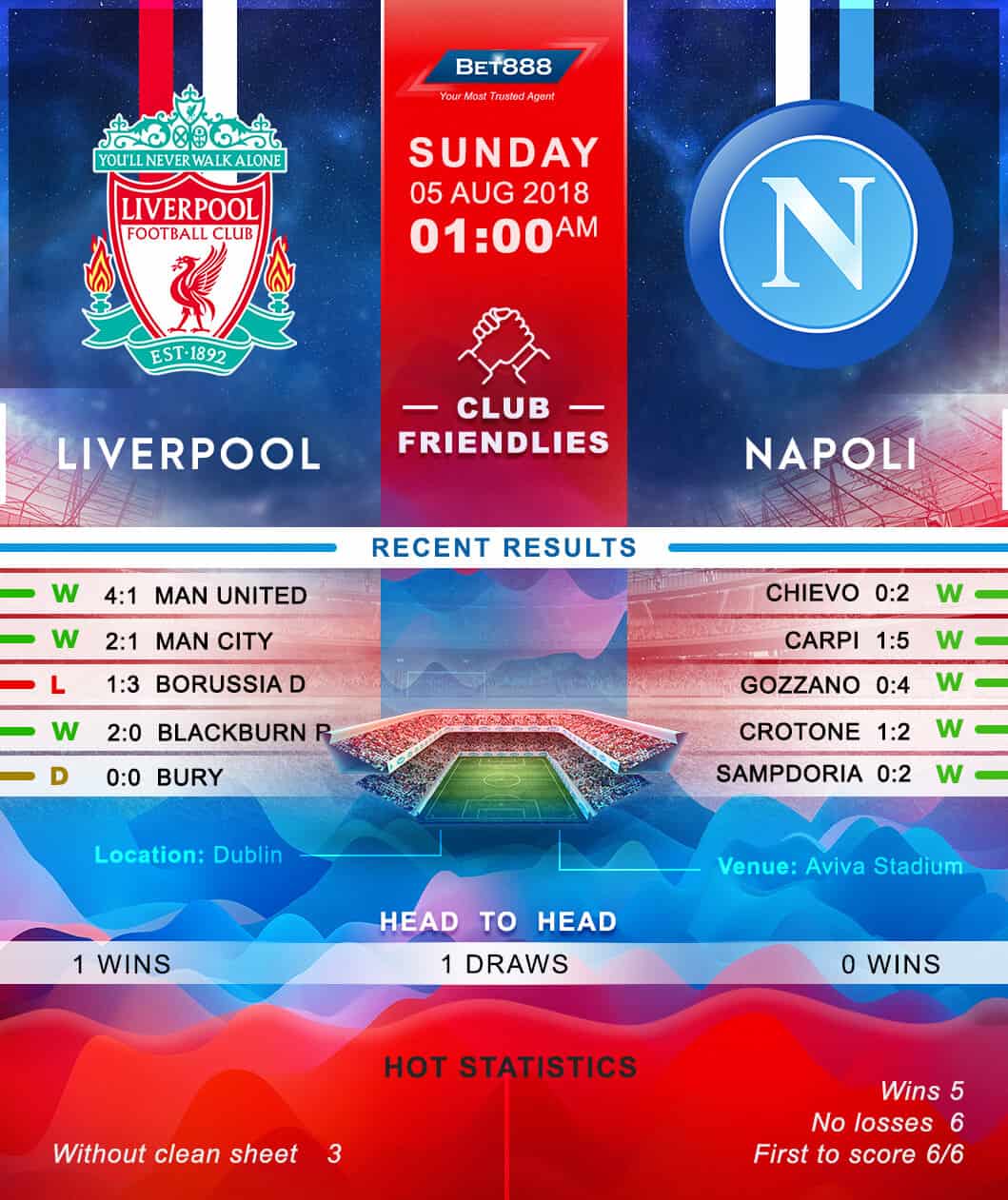