Weekend’s Premier League action with a blockbuster, heavyweight clash at Anfield as Liverpool prepare to take on under pressure Manchester United side.

The hosts come into this encounter following a 1-0 home win over Napoli in midweek’s Champions League battle, which has seen them secured their place in the knockout stage. Led by in-form Mohamed Salah, Jurgen Klopp’s men have racked up five-game EPL winning streak, scoring 13 goals while conceding just one during the run. The Reds are now looking to post their fifth consecutive win in all competitions and also extend a five-game winning run at home. Still unbeaten at Anfield in the Premier League this term, the Merseysiders have wrapped up six triumphs out of seven home matches, while being held to one draw in the process. Furthermore, Alisson Becker has kept a clean sheet in six home games this campaign, conceding barely one goal in the run, which is the best record in the English top-tier competition so far.

Meanwhile, winless in three out of the last six competitive games, Manchester United will be looking to ensure their first road win in the Premier League since early November. Not only the Red Devils failed to win on their last two road trips, but they have suffered a 3-1 loss to local rivals Manchester City before being held to a 2-2 draw to Southampton. United’s inability to defend their goal properly has seen them keeping just two clean sheets in their opening 16 league fixtures, which makes Fulham the only worse defensive squad in the English top flight. David de Gea has already shipped 26 goals, which is quite more than any other keeper in top seven. On top of that, Jose Mourinho’s players suffered a 2-1 loss to Valencia in midweek’s Champions League outing, which was the fourth time Man Utd conceded a minimum of two goals per match in their previous six competitive games. However, Lukaku and co. have struck at least one goal in each of United’s 11 road clashes this season, managing a minimum of two goals per match seven times in the process. 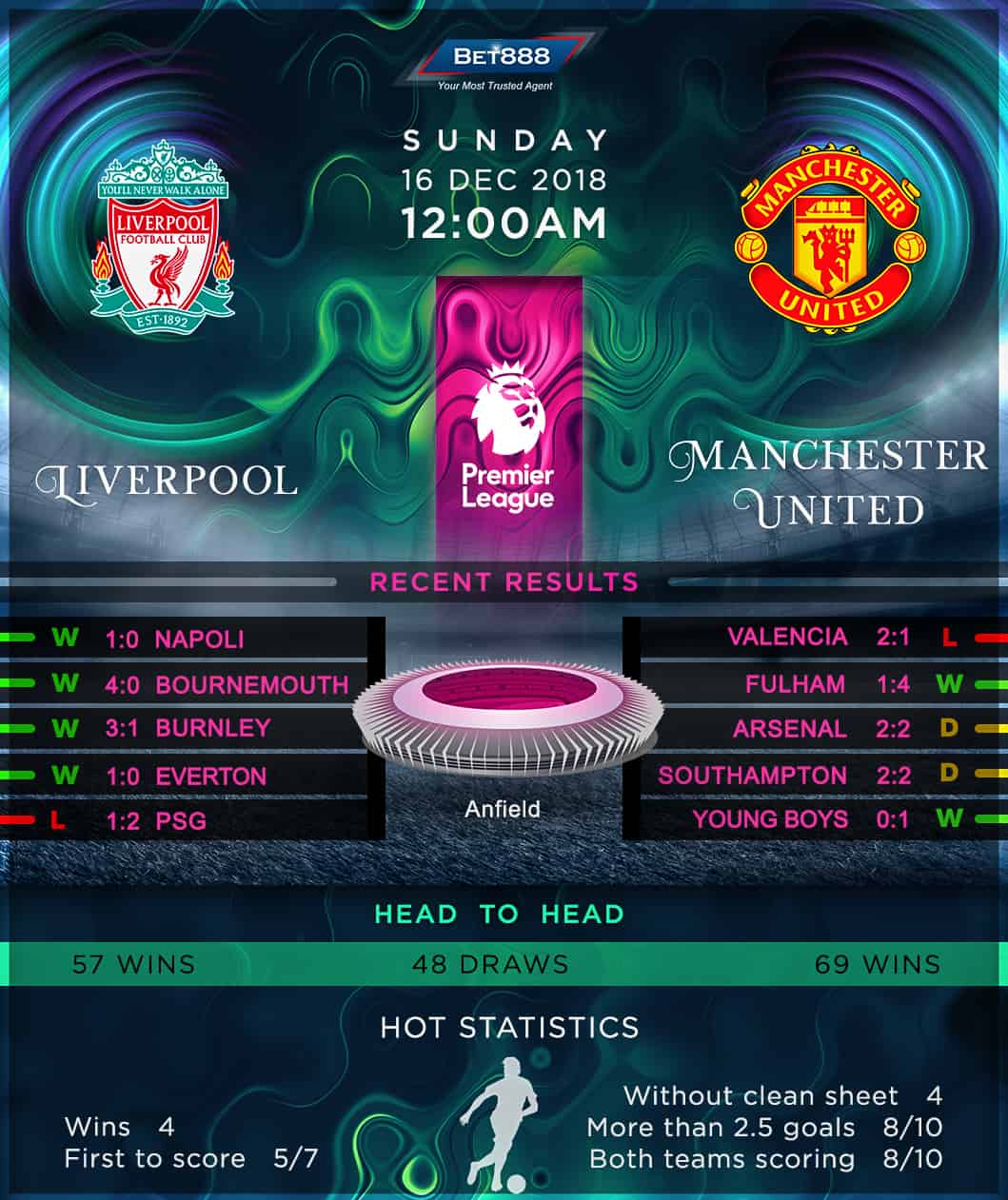