Out-of-form Liverpool will seek their first Premier League win of the 2022/23 season when they take on top-flight newcomers Bournemouth at Anfield.

After back-to-back scoring draws with sub-par rivals Fulham and Crystal Palace, Liverpool fell to a 2-1 defeat at Manchester United last time out, marking Jurgen Klopp’s worst-ever start to a new Premier League season. Faced with the prospect of starting a new top-flight campaign without a single win from four matches for the first time since 2012/13, the ‘Reds’ will go all-out to extend their six-match winning Premier League streak against Bournemouth. Indeed, Klopp could not have asked for a better opposition to get his side back on the rails, with Liverpool racking up seven victories in their eight competitive home meetings with Bournemouth (D2). What’s more, the Merseyside heavyweights have only lost one of their last 33 Premier League matches against newly-promoted sides (W26, D6).

As for Bournemouth, last weekend’s 3-0 home defeat to Arsenal marked their second consecutive Premier League defeat ‘to nil’ following a 4-0 thumping at the hands of Manchester City. Tipped for a season-long fight against the drop, the ‘Cherries’ come into this encounter desperately looking to defy their underwhelming run of 13 losses from their last 15 Premier League games on the road (W2). Yet, if you’re looking for an omen, Bournemouth boss Scott Parker was the last manager to visit Anfield and pick up a Premier League triumph. Parker’s bid to replicate that feat looks far-fetched, as his men have failed to get on the scoresheet in nine of their previous 17 Premier League road trips. 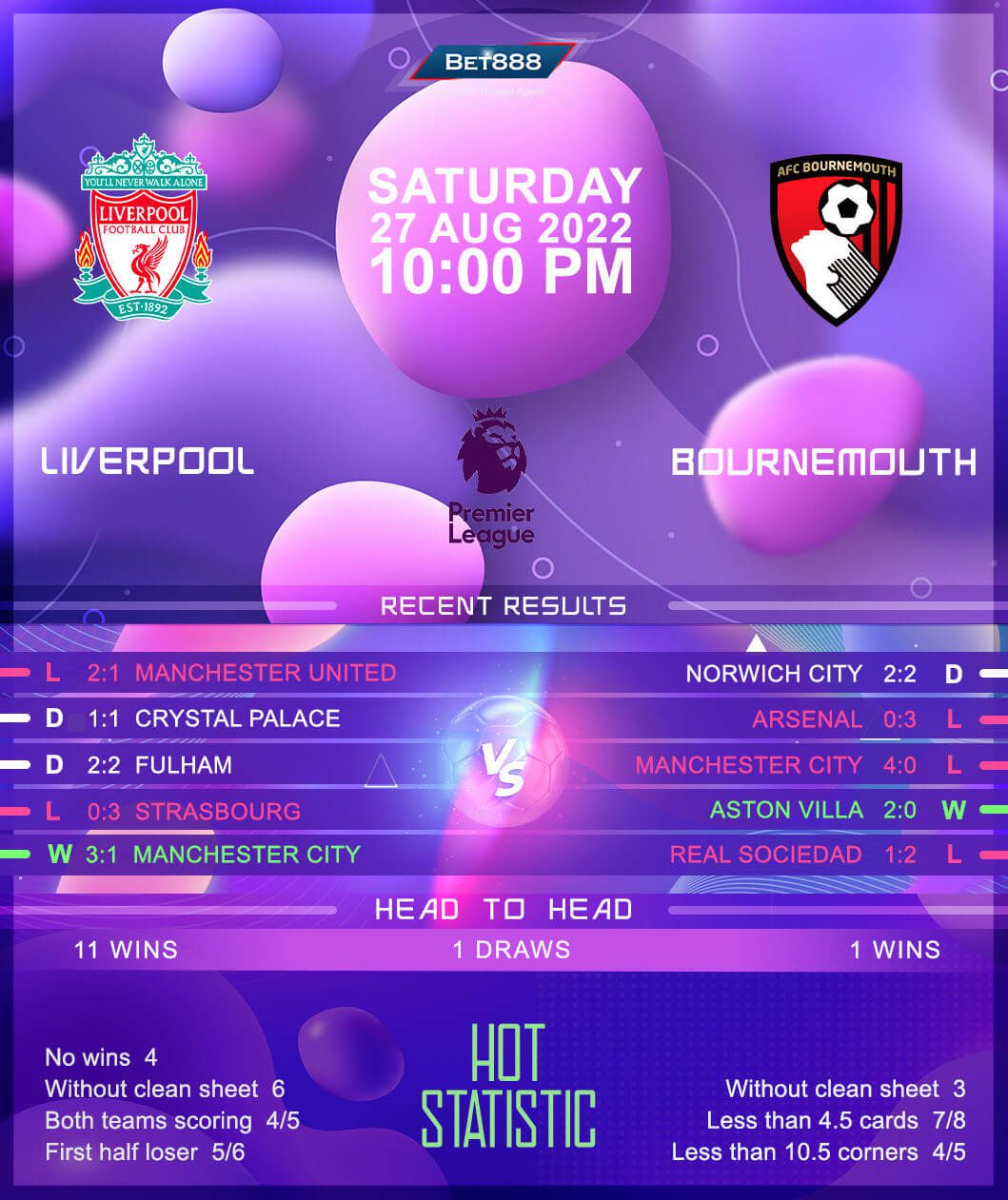