After an abysmal 10th-place finish in last season’s defending Ligue 1 campaign, Lille parted company with former boss Jocelyn Gourvennec and appointed Paulo Fonseca as their new chief of staff. Fonseca’s touchline debut saw ‘Les Dogues’ pick newly-promoted Auxerre apart in an overwhelming 4-1 win before being held to a 1-1 draw at Nantes last time out. A decent start to the season could inspire Lille’s bid to defy their underwhelming scoring record against reigning champions. They’ve failed to get on the scoresheet in five of their last six such fixtures on home turf. Their evenly-poised five-game H2H record against PSG at home (W2, D1, L2) could further bolster their confidence.

Meanwhile, after a 4-0 thumping of Nantes in a curtain-raising Trophée des Champions showpiece, Paris Saint-Germain have racked up back-to-back wins at the start of a potentially historic Ligue 1 season. After a 5-0 demolition of lowly Clermont Foot on the opening weekend, Christophe Galtier’s star-studded side thrashed Montpellier 5-2 last time out. ‘Les Parisiens’ have netted ten goals in two league matches this term, t least twice as many as any other side in the French top flight. Moreover, after bagging precisely five goals in their last three Ligue 1 outings, PSG could become the second side in the competition’s history to do it four times on the trot. That’s not out of the realm of possibility, as Paris dismantled Lille 5-1 in their most recent Ligue 1 H2H. 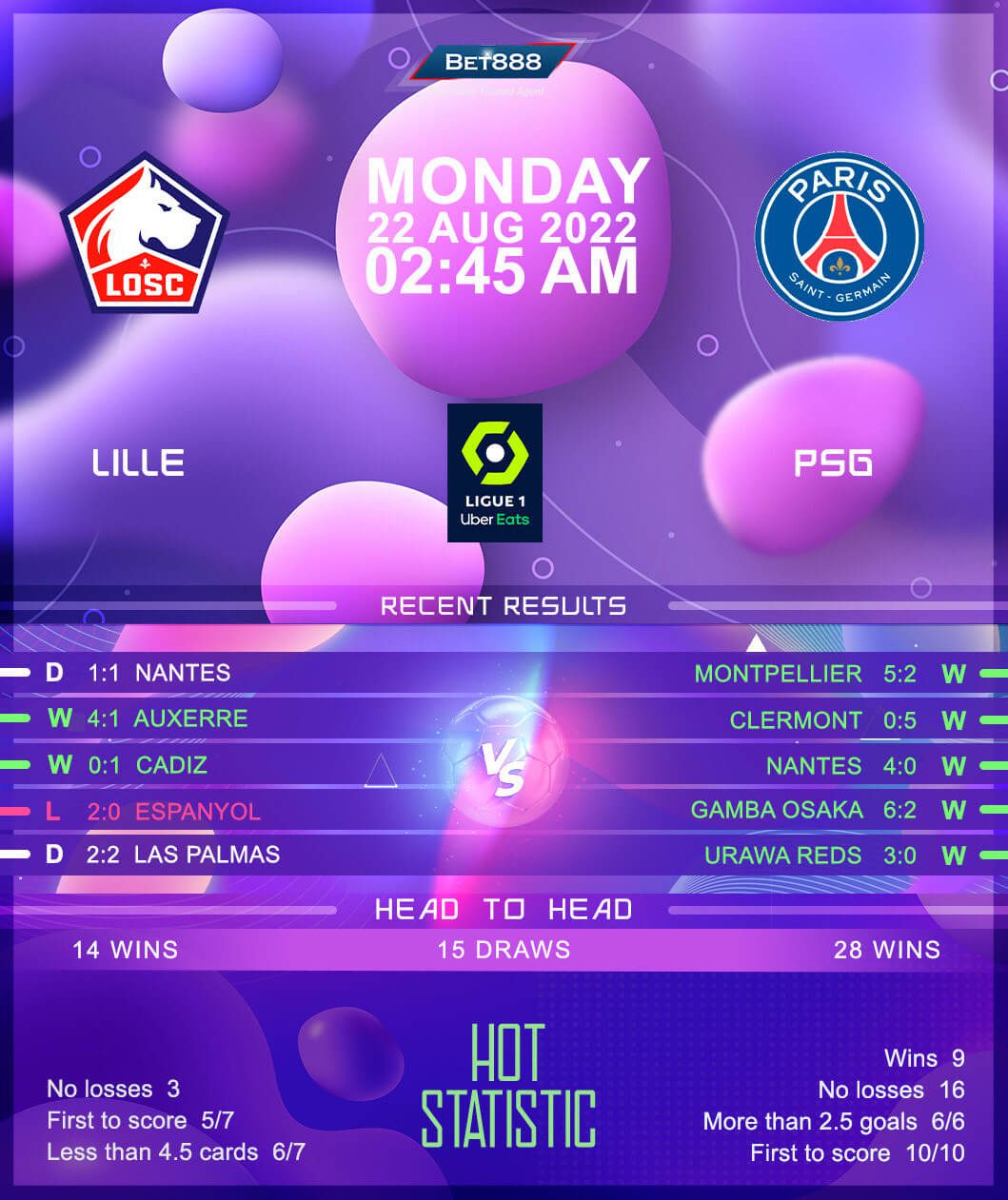