Swansea City are struggling since the beginning of the season, as they have never managed to escape the relegation zone.
Leicester City have raised their game after a slow start, currently occupying the eight place without much hope of reaching European football next season.

The Swans have surprisingly achieved two important victories against tough opponents, Arsenal and Liverpool, which could prove crucial at this stage of the season.

On the other hand, Leicester are used to collect points at King Power Stadium. They have won their two home games against Watford and Huddersfield without conceding a goal.
Club’s captain, Wes Morgan will most likely miss the game due to a leg injury, but Claude Puel will have his entire star players ready, including Riyad Mahrez, whom they barely managed to keep during the winter following a strong pressure from Liverpool. And Fousseni Diabate could be called into action for the first time since arriving from Ajaccio.

Renato Sanches is still out, suffering a muscle injury, while Andre Ayew’s appearance is hanging in the balance.

However, Carlos Carvalhal is resolute to keep his respective team in the top-flight, and the Foxes will have to put maximum efforts to win three points. 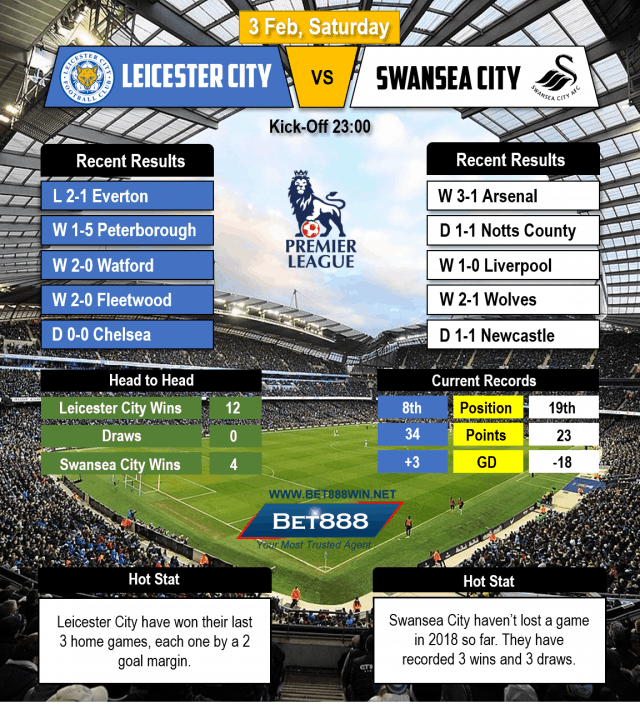