Leicester City succumbed to a dreadful 2-0 defeat at newly-promoted Nottingham Forest last weekend, taking their woeful losing run to four Premier League matches. The ‘Foxes’ are on the cusp of losing five consecutive league games twice in a single season for the first time since 1977/78. Brendan Rodgers’ men run the risk of summoning devils from the past, as the last time they experienced that feat, they suffered relegation! However, it’s hard to picture Leicester bouncing back here after they’ve lost three successive home league outings in the build-up to this clash without scoring. On a more positive note, the underperforming hosts have lost just one of their last ten home league encounters against Brighton, going down 4-1 in 2014.

In the meantime, high-flying Brighton dispatched Liverpool 3-0 last time out to maintain an eye-catching three-game start to the new calendar year. Roberto De Zerbi’s men have been scoring at will in 2023, netting 3+ goals in all three competitive matches, including a 4-1 demolition of relegation-battling Everton in their 2023 league curtain-raiser. After a disappointing five-game winless start to his managerial tenure in the Premier League, De Zerbi has won over the AMEX faithful, courtesy of five wins from Brighton’s last seven top-flight fixtures (D1, L1). Moreover, the ‘Seagulls’ have won three away league games ahead of this trip by an aggregate score of 10-4 and could make it four in a row for the first time since 2016. 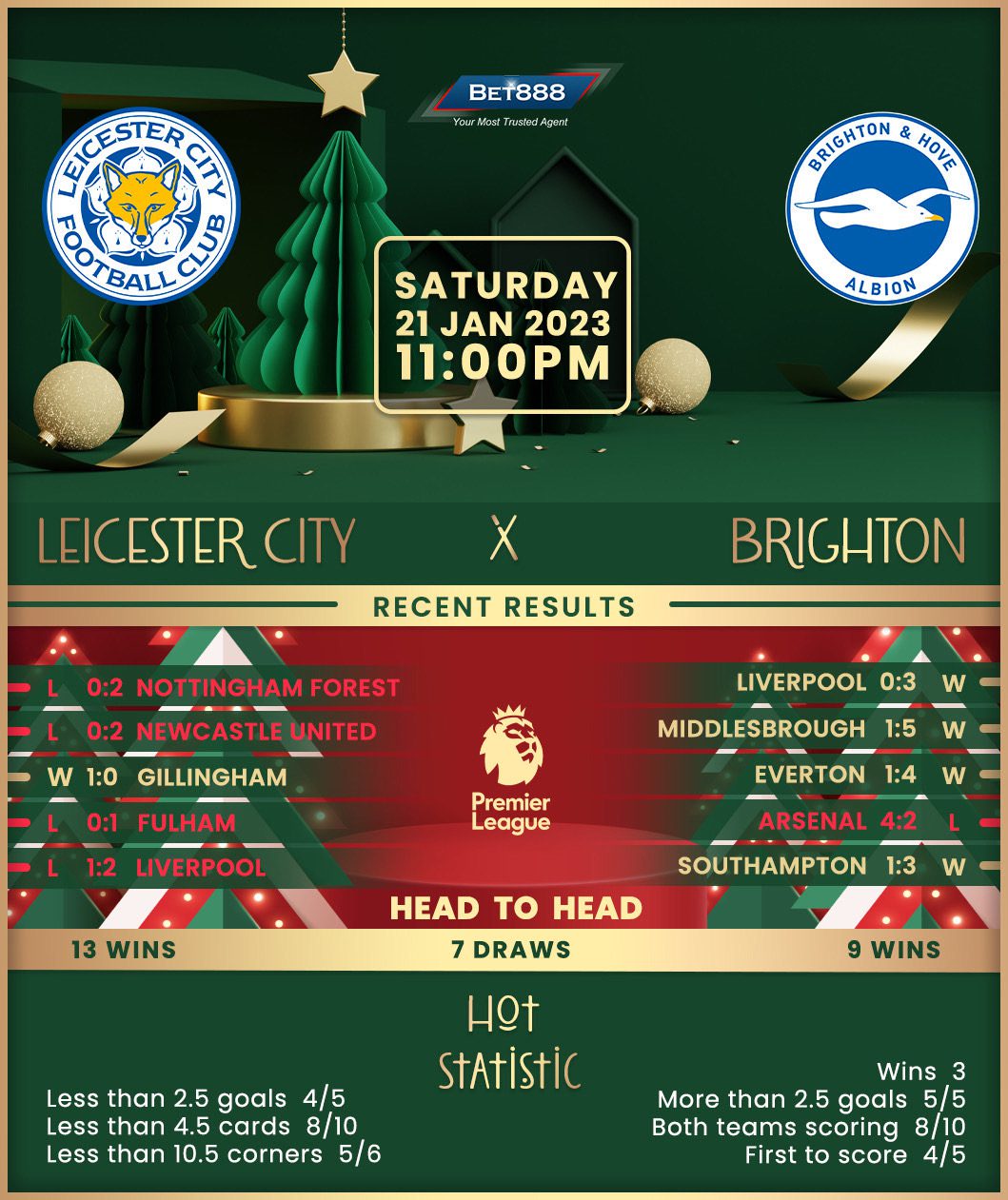