Leicester City have been experiencing a rough season in the Premier League filled with many ups and downs, and after five consecutive matches without a victory in the league, they will be facing off Arsenal, who demolished Burnley at the Emirates Stadium by five goals to nil last weekend. The Foxes have failed to win in their last six games at the King Power Stadium, losing two times in the process, and Claude Puel seems desperate to end his team’s awful streak against the Gunners, who have lost all of their away matches in the league in 2018. Both sides have been underperforming for the majority of the current Premier League campaign, as Leicester lost any hope of securing European football for the next year, while Arsenal stand no chance of reaching the Champions League promotion for the second season in a row. Additionally, Leicester would be looking for their first victory over the North London team in the last twenty years, but considering their recent displays, it’s going to be far from easy.

The home squad is decimated by injuries suffered by Vicente Iborra, Matty James, Robert Huth, Benjamin Chilwell, Daniel Amartey, Danny Simpson, and Wilfred Ndidi, while the appearance of Aleksandar Dragovic, Shinji Okazaki, and Kasper Schmeichel still hangs in the balance. As for the visitors, Laurent Koscielny, Santi Cazorla, Mohamed Elneny, and Mesut Ozil should all skip the encounter due to injuries. 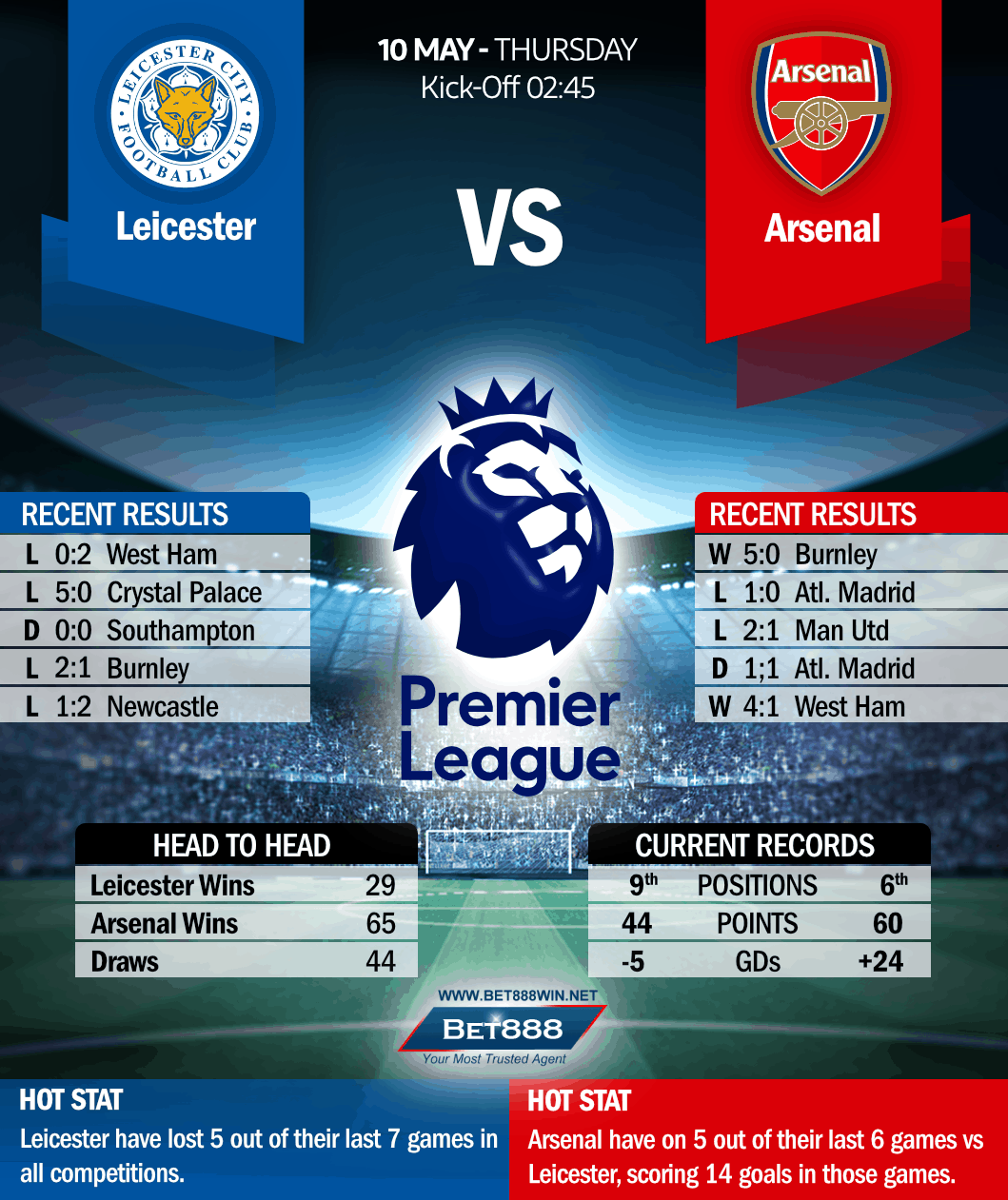