The two sides unbeaten in their last five games across all competitions will face-off at the Estadio Municipal de Butarque as Leganes look to take on Sevilla.

After two consecutive La Liga wins over Deportivo Alaves and Valladolid, Leganes were held to two straight draws to Getafe and Celta Vigo, which has helped them stay three points clear of the relegation zone. The Cucumber Growers are also unbeaten in their last five home games in the league, securing three wins in the run. Emerged as one of the toughest hosts in the Spanish top-tier competition, Los Pepineros have lost barely one out of eight home games this term, conceding one goal or less per match on seven occasions so far. Although they’ve failed to hit the back of the net in just one home clash this season, Mauricio Pellegrino’s men have scored more than one goal per match only once.

Meanwhile, the visitors are unbeaten in their last seven La Liga outings (W4, D3), having lost just one out of their previous 13 matches in all competitions. However, the Andalusians have failed to secure all three points on their last four road trips in the domestic championship, being held to three consecutive stalemates after suffering a 4-2 loss to Barcelona at Camp Nou. Sevilla’s main problem when it comes to their away meetings concerns their poor defensive displays that have seen them keeping a clean sheet only once in their opening eight road games. But, only Barcelona (18) have scored more goals on the road than Los Hispalenses (17) this term although Pablo Machin’s men scored one goal or less per match five times in their last six away encounters across all competitions. 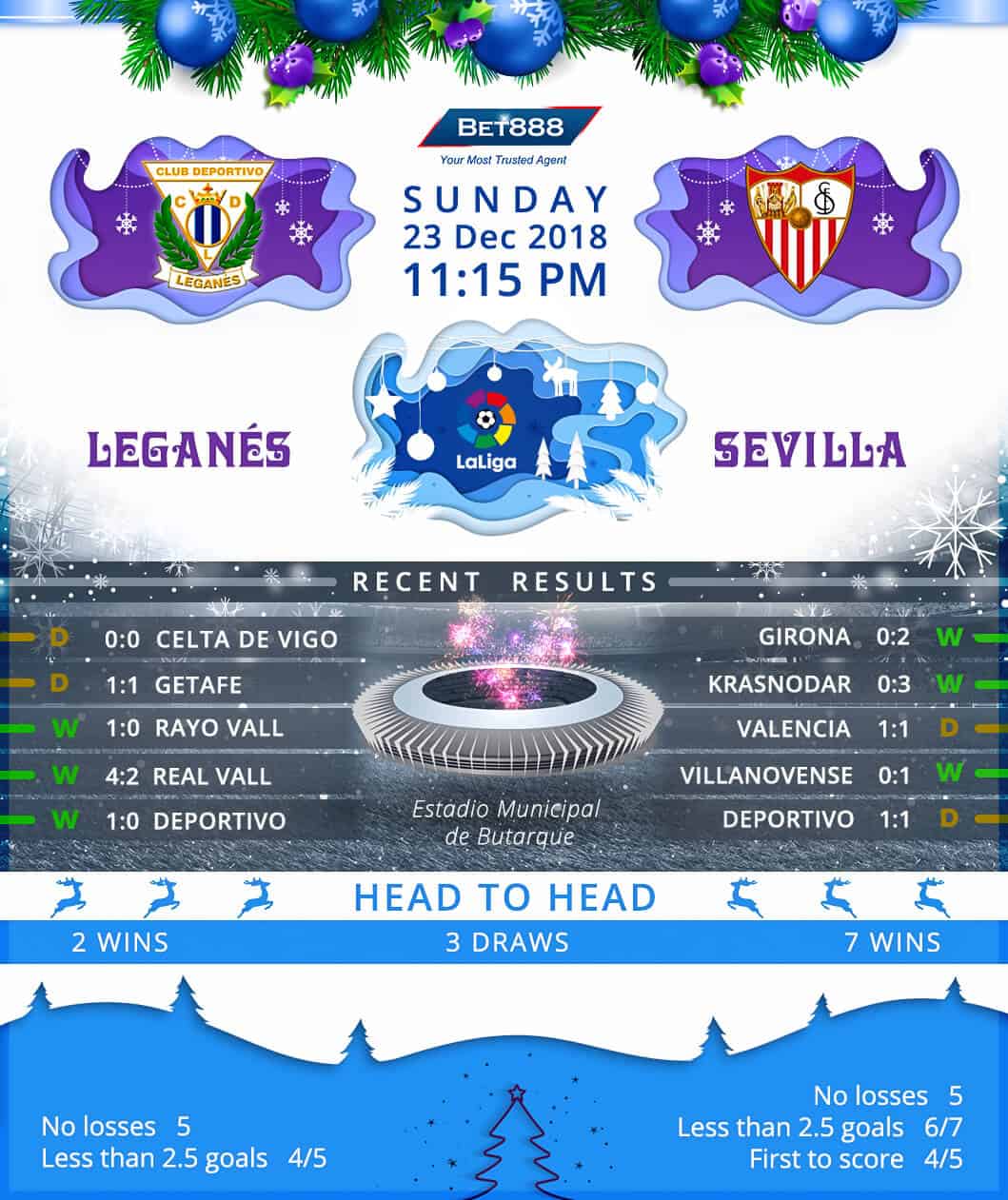