Lazio will host Napoli at the Stadio Olimpico in the premier 2018-2019 Serie A fixture, with Carlo Ancelotti eager to impress in his first official match on the bench of the Campanian side. After missing out on the Champions League football in the final game of last season, the White and Sky Blues are hopeful they can make one step forward this year although they have been quite inactive in the summer, failing to make some notable signings. Simone Inzaghi’s team started the preparation period a bit late, achieving two straight wins, over Triestina and SPAL, after which they have struggled to impress against Borussia Dortmund and Arsenal, losing both of those matches. Meanwhile, the Blues have secured three comfortable wins, over Gozzano, Carpi, and Chievo Verona, after which they suffered a miserable 5-0 defeat to Liverpool. Carlo Ancelotti’s team also participated in two high-profile friendlies, recording a partial success, as they havelost 3-1 to Wolfsburg, while they have defeated Borussia Dortmund with the same result.

Valon Berisha and Jordan Lukaku are sidelined with injuries, while Patric, Lucas Leiva, and the skipper Senad Lulic won’t be able to perform due to suspensions. As for the visitors, Faouzi Ghoulam, Alex Meret, Piotr Zielinski, and Amin Younes are all struggling with injuries, and they are expected to skip the big showdown. 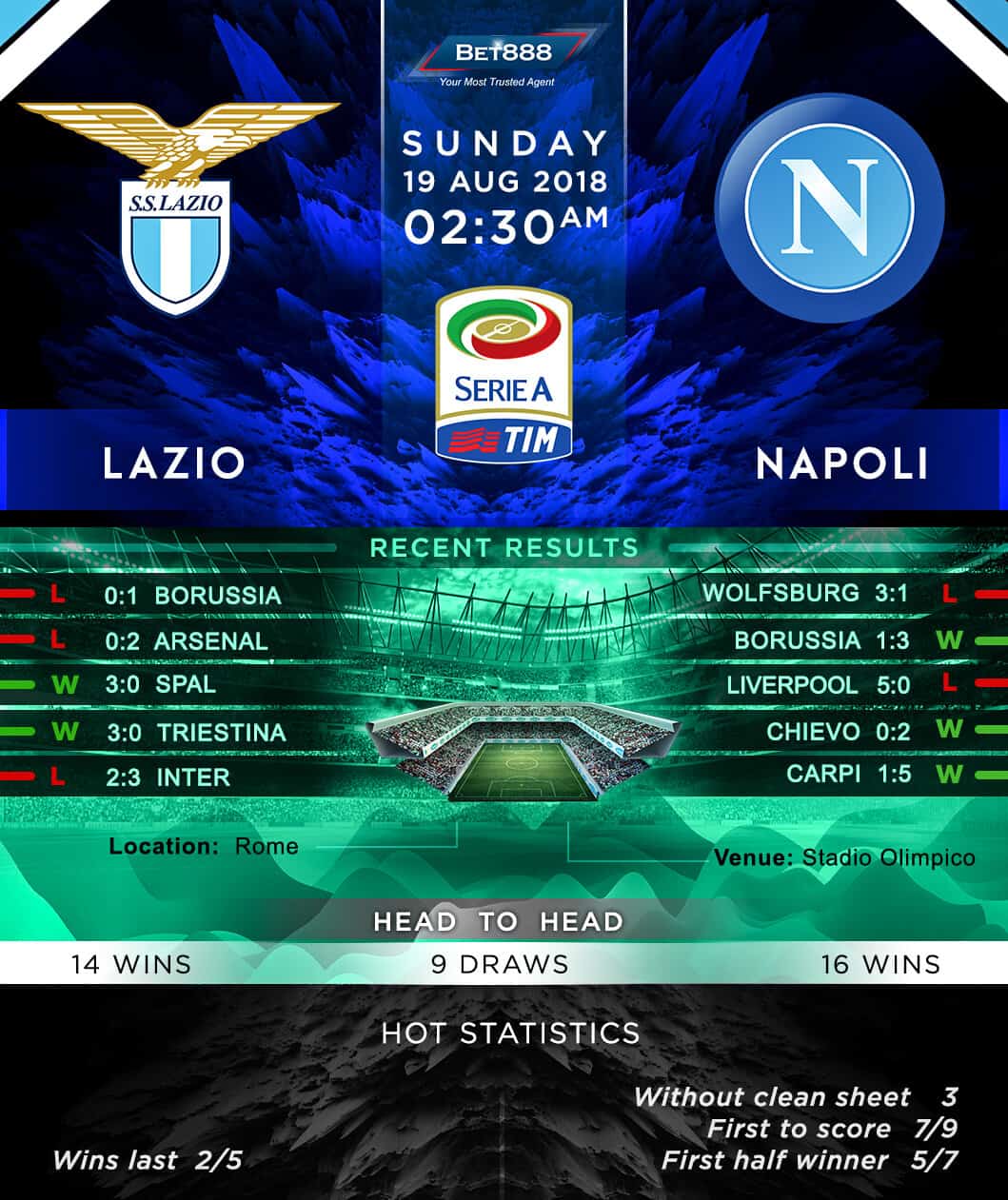