Lazio and Inter Milan will meet each other at the Stadio Olimpico, with the hosts hoping to end a 3-game winless streak against the big rivals.

After a nightmarish start of the season that saw them losing both opening Serie A games, the Biancocelesti have notably raised their game in the following period, having secured five successive triumphs in all competitions. However, lack of consistency followed by numerous ups and downs led the Eagles to two straight defeats, including the one against the arch-rivals AS Roma. Still, the club from the capital has managed to register two wins in the past seven days, as they reside as the only side along with SPAL that is yet to play out a draw. Lazio’s principal problem this season concerns their attacking game, as they’ve only managed to notch a brace once in a total of four Serie A matches in front of the home crowd.

On the other hand, the Nerazzurri have been outstanding in the domestic championship, having achieved five straight triumphs, including the one over the city rivals AC Milan last weekend. However, a 2-0 defeat to Barcelona in midweek’s Champions League clash has ended Inter’s impressive run, as Luciano Spalletti hopes to see his players bouncing back from a disappointing result. With two goals conceded in four road matches, the Biscione have the best defensive record in the league when it comes to events away from home. Moreover, the Milanese giants have won three away games in a row following a frustrating 1-0 defeat to Sassuolo on the opening matchday. 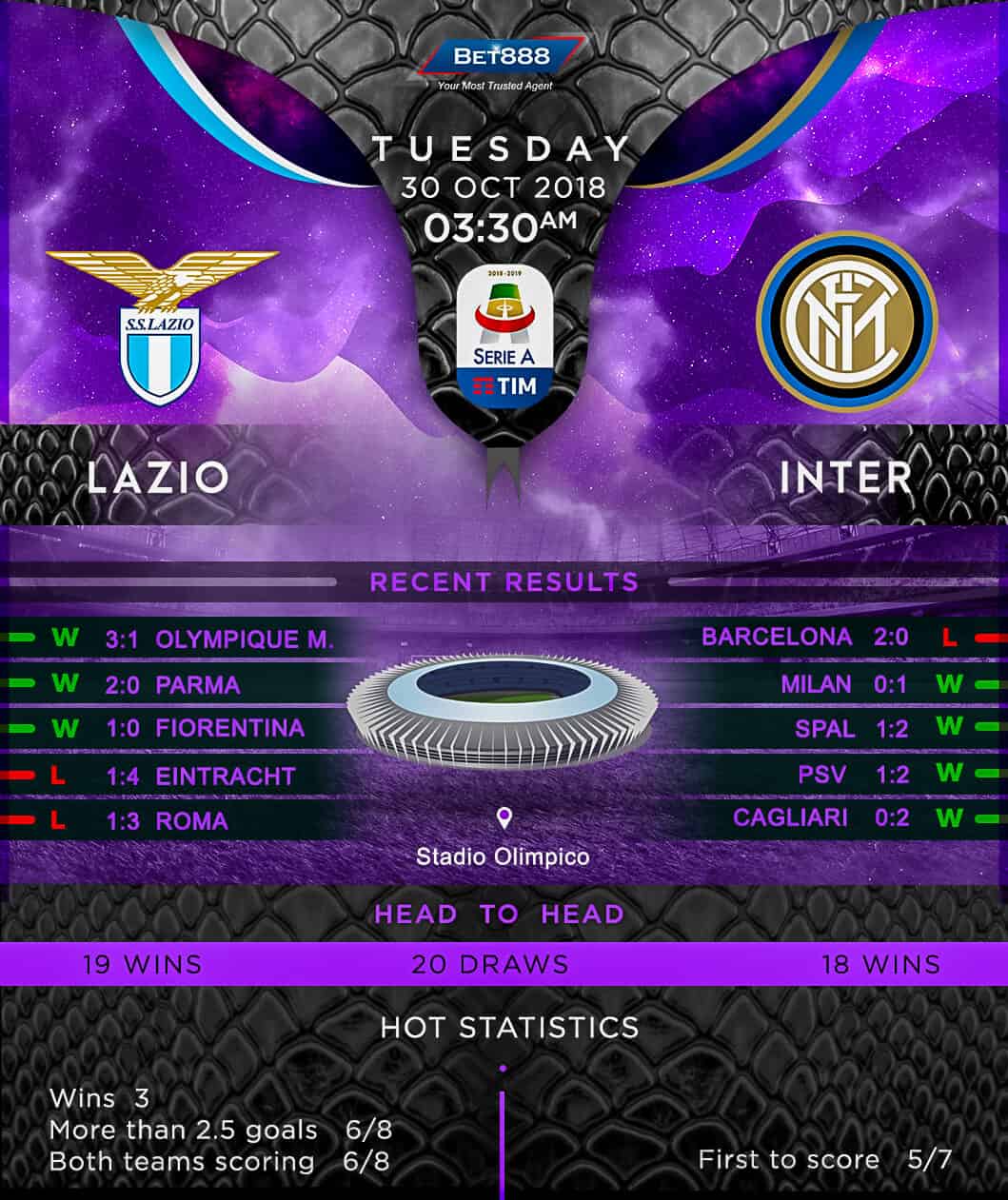