Winless in their last seven competitive matches, Lazio will welcome Cagliari to the Stadio Olimpico desperately looking to end a frustrating streak.

The Biancocelesti have failed to secure all three points in their previous five Serie A meetings, playing out four consecutive draws before losing 1-0 to Atalanta last time out. What’s more, the Eagles have struggled to clinch a victory in the past three matches at home mainly thanks to poor defensive performance. Simone Inzaghi’s players have conceded in six successive home encounters across all competitions, allowing two goals per match on the last two occasions. However, Lazio have failed to score at home just once in eleven local games thus far, scoring a minimum of two goals per match three times in their previous five events at the Stadio Olimpico.

As for the visitors, they are also having a tough time in the Serie A this campaign, considering they’ve only managed three wins in the opening 16 league fixtures. Just like Lazio, the Rossoblu have been held to four straight Serie A draws before suffering a narrow 1-0 loss to Napoli at home last weekend. No team has played out more draws than Cagliari (8) this season, with Rolando Maran’s men being involved in three stalemates on their previous four road trips. Moreover, the Sardinians have failed to achieve a victory in six consecutive games away from home, struggling to keep a clean sheet in the process. A potential worry for Rolando Maran could be that his side lost all of their last seven visits to the Stadio Olimpico, with Cagliari’s last win in Rome dating back to 2009. 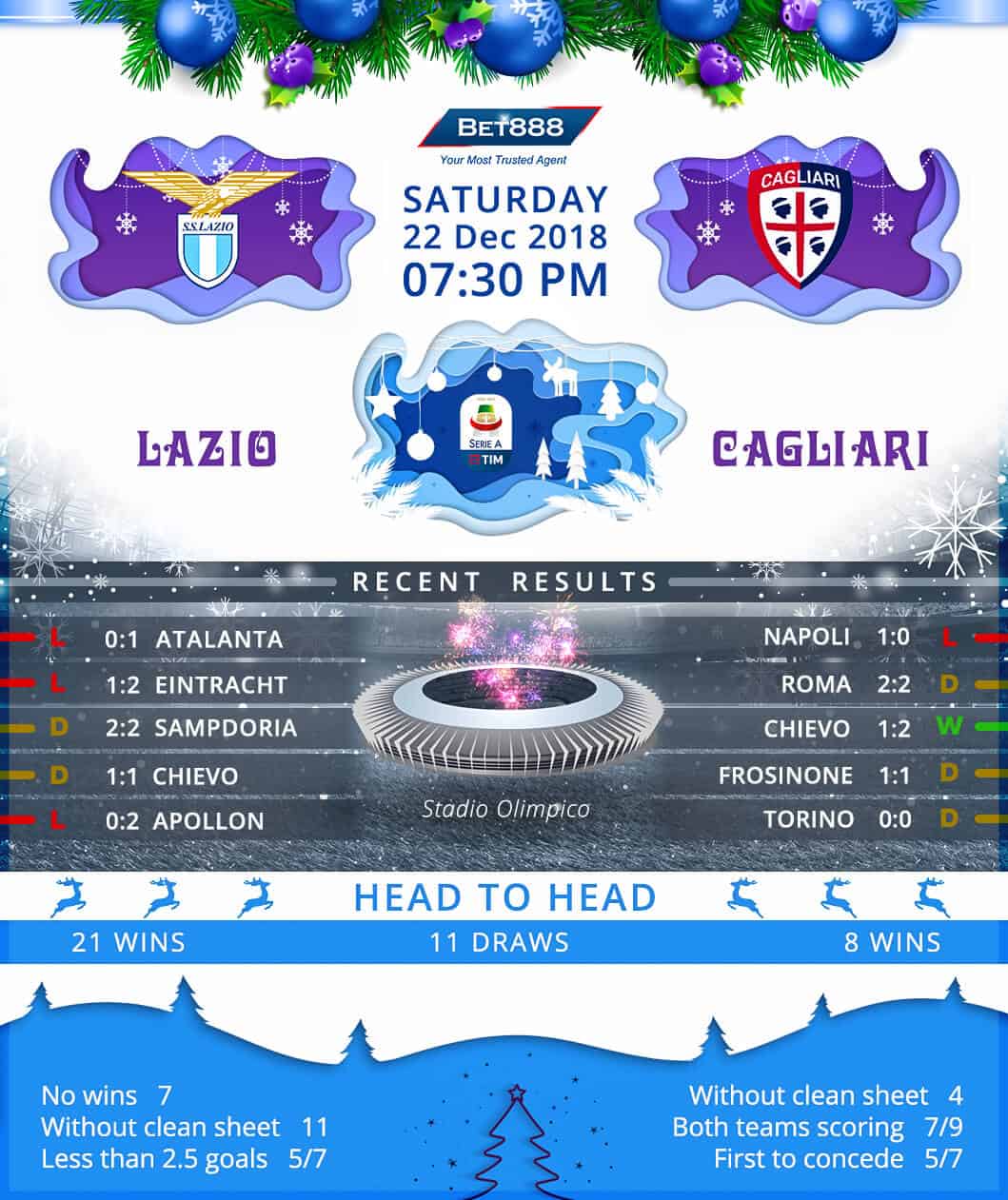