Lazio and Bologna are set to trade tackles at the Stadio Olimpico in their opening 2022/23 Serie A match-up.

A decent fifth-place Serie A finish last season qualified Lazio for European competition for the sixth campaign running, their best such streak since a run of 13 between 1992-2005. Known for their typically flying starts to new top-flight campaigns, ‘I Bianconcelesti’ have won their opening Serie A fixtures across the last three seasons. Chances are good that they could make it four in a row for the first time in the club’s history, at least based on their home record against Bologna. Indeed, they have won more home matches against Bologna in Serie A (38) than against any other side, including the last three on the trot. They did it by an aggregate score of 7-1, netting 2+ goals on each occasion. On top of that, only Inter Milan (84) notched up more Serie A goals than Maurizio Sarri’s men (77) in 2021/22.

On the other hand, visiting Bologna had to settle for an underwhelming 13th-place finish last season despite being in the top-half picture for most of the campaign. After beating Salernitana 3-2 in their 2021/22 Serie A curtain-raiser, ‘I Rossoblu’ could register back-to-back top-flight victories on the opening matchday for the first time since 1998-2000. However, starting the season on hostile turf has often spelt trouble for Bologna in recent years as they’ve lost five of their last six matchday-one fixtures away from home (D1). Moreover, the visitors’ poor road form down the final stretch of last season saw them pick up just one win from their final ten Serie A travels in 2021/22 (D4, L5). 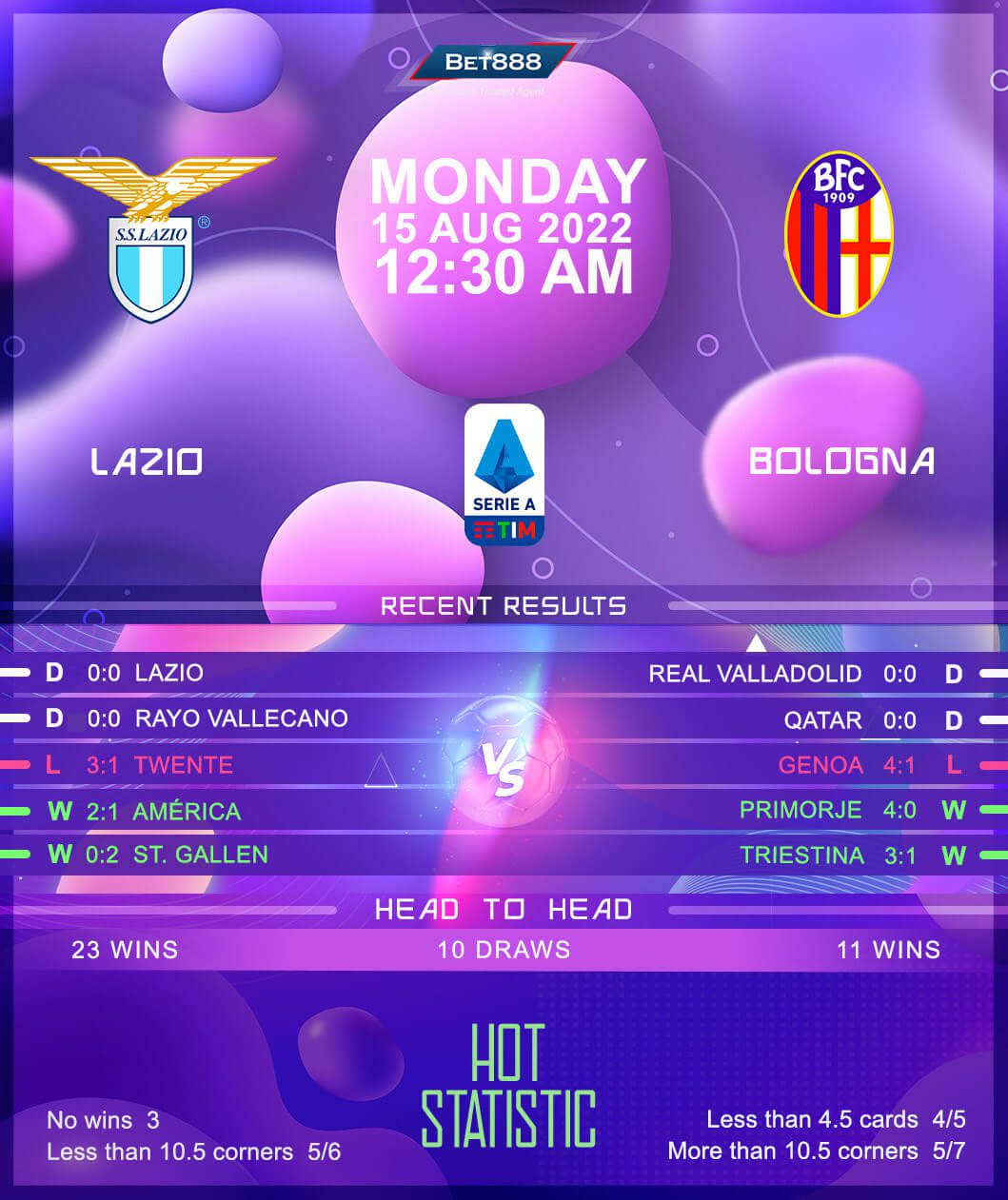