AFF Championship Group B is picking up pace as rock-bottom Laos and progression hopefuls Singapore go head-to-head at the New Laos National Stadium.

Laos’ third consecutive foray into the AFF Championship group stages has been a complete waste so far. After succumbing to a humiliating 6-0 defeat to Vietnam in a curtain-raising Group B outing, they fell an equally embarrassing 5-0 loss to Malaysia last time out. Nailed to the bottom of the section, they are on the verge of exiting the tournament after only three rounds unless they can defy a thoroughly underwhelming record at the AFF Championship overall (W2, D5, L36). If a 5-2 defeat in their most recent H2H against Singapore is anything to go by, the ‘Million Elephants’ could be in for another morale-crushing result. Having lost each of their last three internationals by 5+ goals ‘to nil,’ that’s well on the cards.

In the meantime, Singapore got their second successive appearance in the AFF Championship group stages off to a flying start, overcoming Myanmar 3-2 in their opening Group B match despite conceding first. Now in a pole position to maintain their 100% tournament start, the ‘Lions’ can call upon their outrageous recent H2H record against Laos, having won their last four encounters via an aggregate score of 16-6, netting 4+ goals on three occasions. Takayuki Nishigaya’s men couldn’t have timed their resurgence any better, going from consecutive internationals without winning (D1, L1) to back-to-back victories, both of which saw them score precisely three goals. 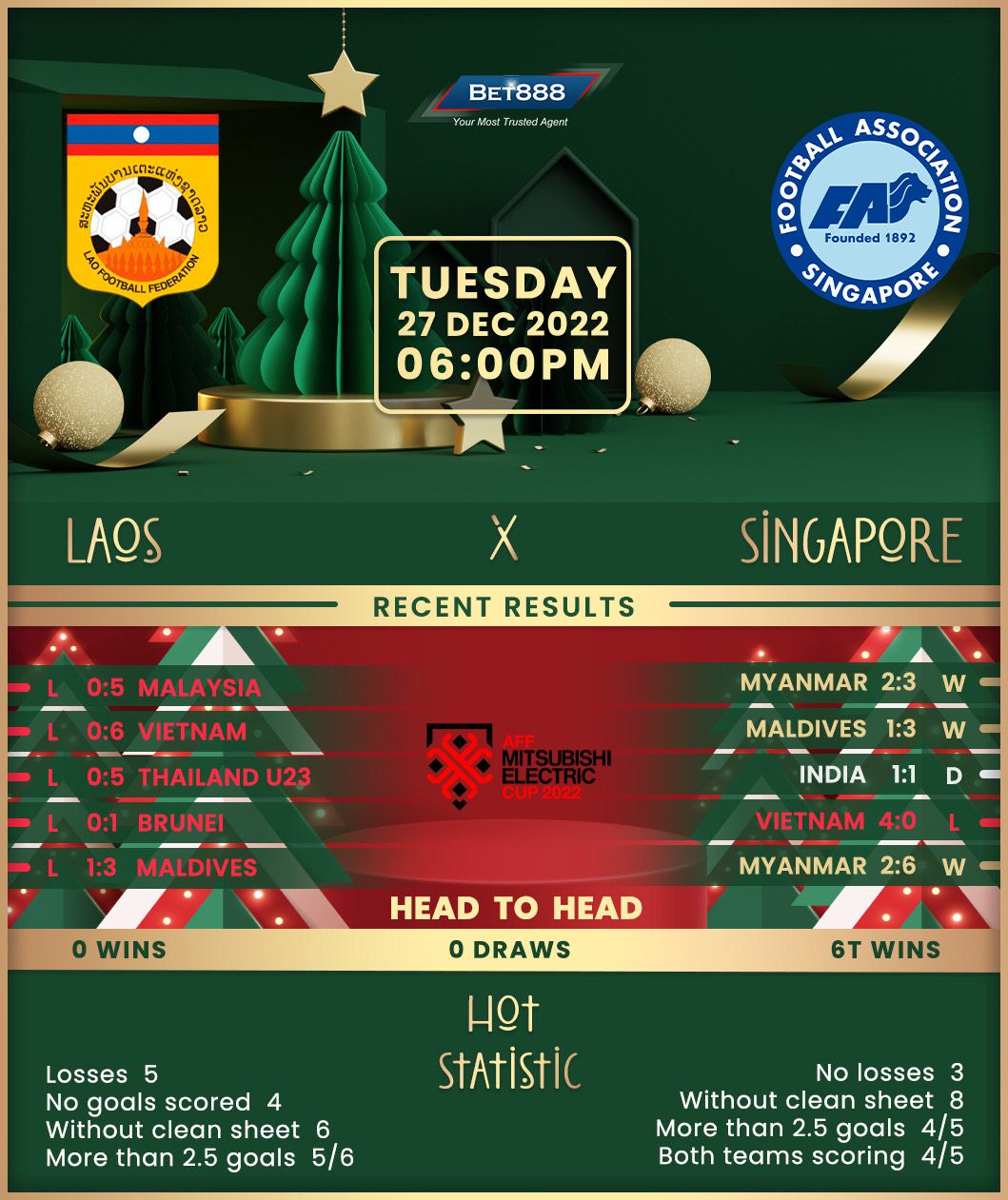