At the Krasnodar Stadium, the Russian side Krasnodar will be taking on La Liga heavyweights Sevilla in the second fixture of the Europa League group stage.

The Black-Greens have started their Europa League journey with a narrow 1-0 victory over the Turkish outfit Akhisar Belediyespor, which was part of their 6-game winning streak. Although they currently trail Zenit St. Petersburg by three points in the Russian Premier League, the Bulls seems to be moving up a gear, as they clinched five successive wins in all competitions without conceding a single goal. Only last weekend, Murad Musayev’s team flattened Dynamo Moscow 3-0 at home, with the 34-year-old manager hoping to his players repeating the similar display on the international stage.

After a shaky performance at the start of the season, the 5-time Europa League winners seem to be finding the right balance. Los Hispalenses are having a great run, both in La Liga, as well as, in Europe, as they’ve achieved four straight wins, including a stunning 5-1 triumph over Standard Liege in the Europa League opener. Los Rojiblancos outclassed Eibar on the road last weekend following a 3-0 demolition of Real Madrid in Andalusia, and the 6-2 destruction of Levante, as Pablo Machin urges his players to maintain an impressive streak.

Apart from Ari, who is struggling with a thigh injury, Musayev will have all of his key players fit and ready for the encounter. Meanwhile, Maxime Gonalons, Ibrahim Amadou, Aleix Vidal, Sergio Escudero, and Gabriel Mercado should all remain on the stands due to various physical problems. 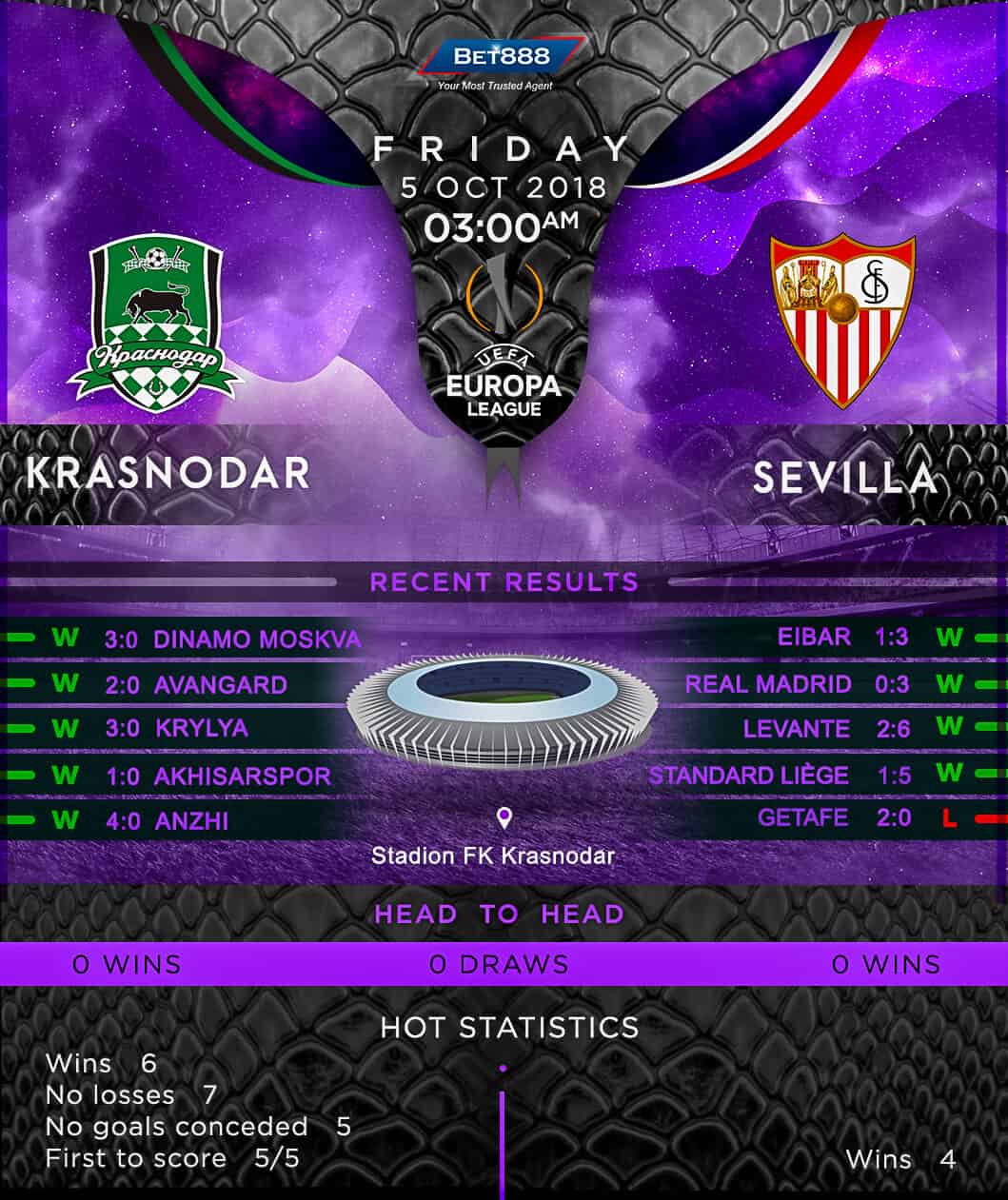