J1 League leaders Kawasaki Frontale will be looking to get back to winning ways when they face relegation-threatened Shonan Bellmare at the Kawasaki Todoroki Stadium.

Kawasaki Frontale’s uneventful goalless draw away to Sagan Tosu last time out has put their inspirational four-game winning J1 League streak to bed. However, the reigning Japanese champions head into proceedings holding a slim one-point lead on second-placed Kashima Antlers. Toru Oniki’s men have been nothing short of impressive at home this season, winning five out of six J1 League matches at the Kawasaki Todoroki Stadium (L1), including the last two in a row by an aggregate score of 3-0. Indeed, four of Kawasaki’s five top-flight home triumph in the early stage of the season have come ‘to nil,’ higlighting their unparalleled defensive stubbornness.

In the meantime, Shonan Bellmare scored on either side of half-time to beat fellow relegation strugglers Vissel Kobe 2-1 last time out and arrest a run of four J1 League fixtures without winning (D1, L3). Unfortunately for the visitors, it’s been only their second top-flight triumph this season (D4, L8), as they enter this round sitting four points adrift of safety. Except for a narrow 1-0 victory at Gamba Osaka in mid-April, Satoshi Yamaguchi’s lads have gone winless in their six remaining away league outings this term (D2, L4), netting an underwhelming average of 0.5 goals per game in the process. 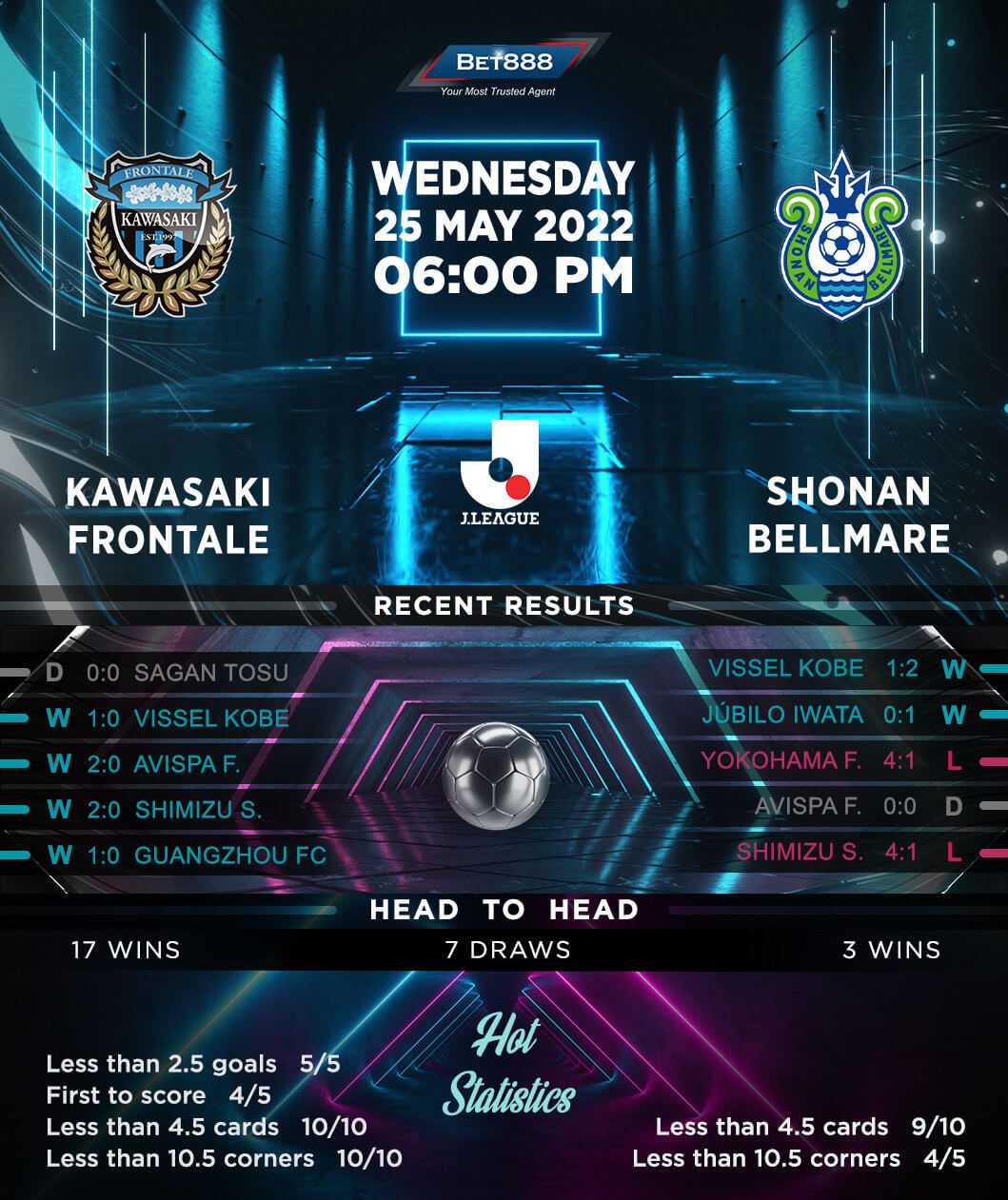