Kashima Antlers will look to extend an impressive 6-game winning streak at home against Yokohama, as the two sides prepare to face-off against each other at the Kashima Soccer Stadium.

After eliminating Kawasking Frontale in the YBC Levain Cup quarter-finals, the Antlers hope to repeat the similar result they achieved three years ago when they’ve lifted the sixth cup title. Arguably the most dominant Japanese team in history, with eight domestic titles, Kashiwa don’t stand a chance in the J-League this year as they trail Kawasaki by 11 points. Therefore, Go Oiwa would like to clinch a cup success to avoid another trophyless season. Additionally, the hosts are undefeated in the last nine games in all competitions, having won seven out of previous ten matches, while playing out two draws.

On the other hand, the Fulie have managed to raise their game following a miserable start of the season, but they are not going to reach the top three places in the league nonetheless. However, the visitors have demolished Gamba Osaka in the YBC Levain Cup quarter-finals 7-1 on aggregate. In case they pull off the success against the favored Kashiwa, it would be their first ever Cup Final although it’s going to be far from simple. The Edson Tavares’ side have failed to notch a goal against their next opponents in the past five visits, while their last victory at the Kashima Soccer Stadium dates back to 2013.

Leandro, Gen Shoji, and Yukitoshi Ito are all set to skip the encounter due to various physical problems, while Hiroki Abe and Kento Misao won’t be playing due to their international commitments. As for the visitors, Takahiro Nakazato, Ayumu Tachibana, and Ryo Tadokoro are sidelined with injuries and won’t be able to help their teammates. 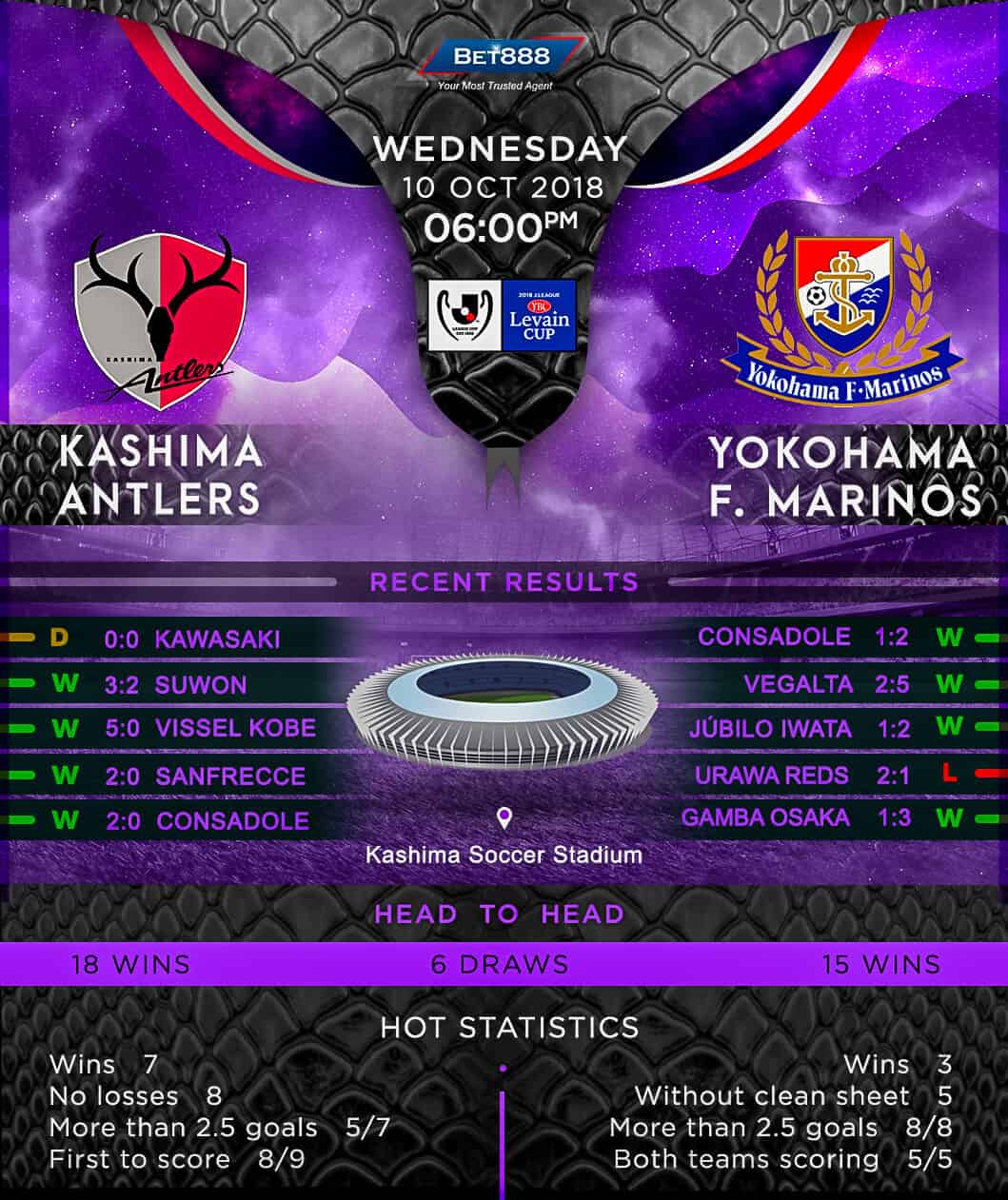