In the Emperor’s Cup quarter-finals, Kashima Antlers will host Ventforet Kofu at the Kashima Soccer Stadium, looking to secure their place in the semis and extend a 5-game lossless streak across all competitions.

The Antlers will enter the encounter full of confidence following a 2-0 aggregate win over Persepolis in the AFC Champions League final, which saw them winning their first major international title. Go Oiwa’s players won three out of the previous five matches in all competitions, having managed to keep a clean sheet three times in the period. Meanwhile, before a scoreless draw with Persepolis earlier this month, Kashima have bagged at least one goal in seven consecutive meetings. In the past two meetings between these two sides at the Kashima Soccer Stadium, the hosts have clinched a pair of victories, having scored seven goals without conceding one in the process.

On the other hand, the visitors are currently featuring in the Meiji Yasuda J2 League and are going to remain there for another season as things stand. The Ventforet have no chance of securing the J-League play-offs whatsoever, which is why they would like to save a miserable campaign by winning the Emperor’s Cup for the first time in their history. However, it will be anything but easy, especially considering their recent displays. Nobuhiro Ueno’s players have lost two out of the three previous meetings, having failed to find the back of the net against Yokohama and Mito. Meanwhile, Kofu’s road form is something that can please Ueno, as his men secured three triumphs in the past five games away from home, having played out one draw while losing once in the process. 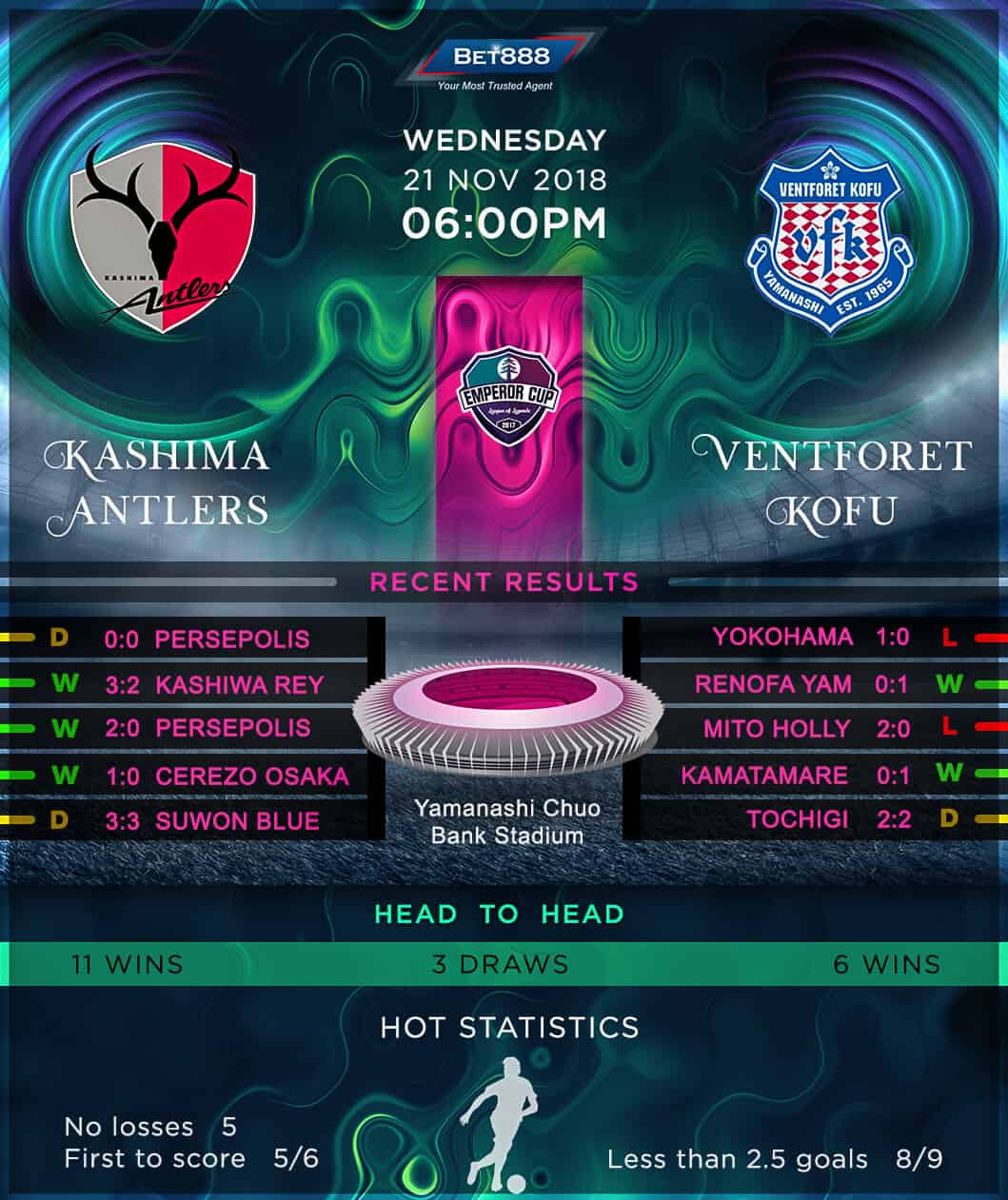