After a destructive weekend that saw both teams losing their respective matches in the Japanese J-League, Kashima Antlers and Kawasaki Frontale will meet each other at the Kashima Soccer Stadium in the first leg of the YBC Levain Cup quarter-finals.

The “Deer Antlers” are by far the most successful Japanese club, but the last time they won this cup was three years ago, and the manager Go Oiwa intends to lead his side back to its glory days. Before losing to Hiroshima last weekend, Kashima have won three out of four matches, including a 2-0 triumph over Tianjin Quanjian in the AFC Champions League.

Meanwhile, Kawasaki, who suffered a 2-0 loss to Gamba Osaka a few days ago, have had an unbeaten run that lasted for six consecutive games, with Toru Oniki’s team winning five of them. Additionally, the visitors haven’t played out a single draw in the previous eight matches on the road, clinching six victories while losing two times in the process.

The last three encounters between these two sides ended up with more than three goals, with Kawasaki walking away as winners all three times.

Oiwa’s valuable first-team members, Gen Shoji and Leandro, will remain on the sidelines due to injuries, while Kentaro Moriya will be the only one to skip the duel for the visitors. 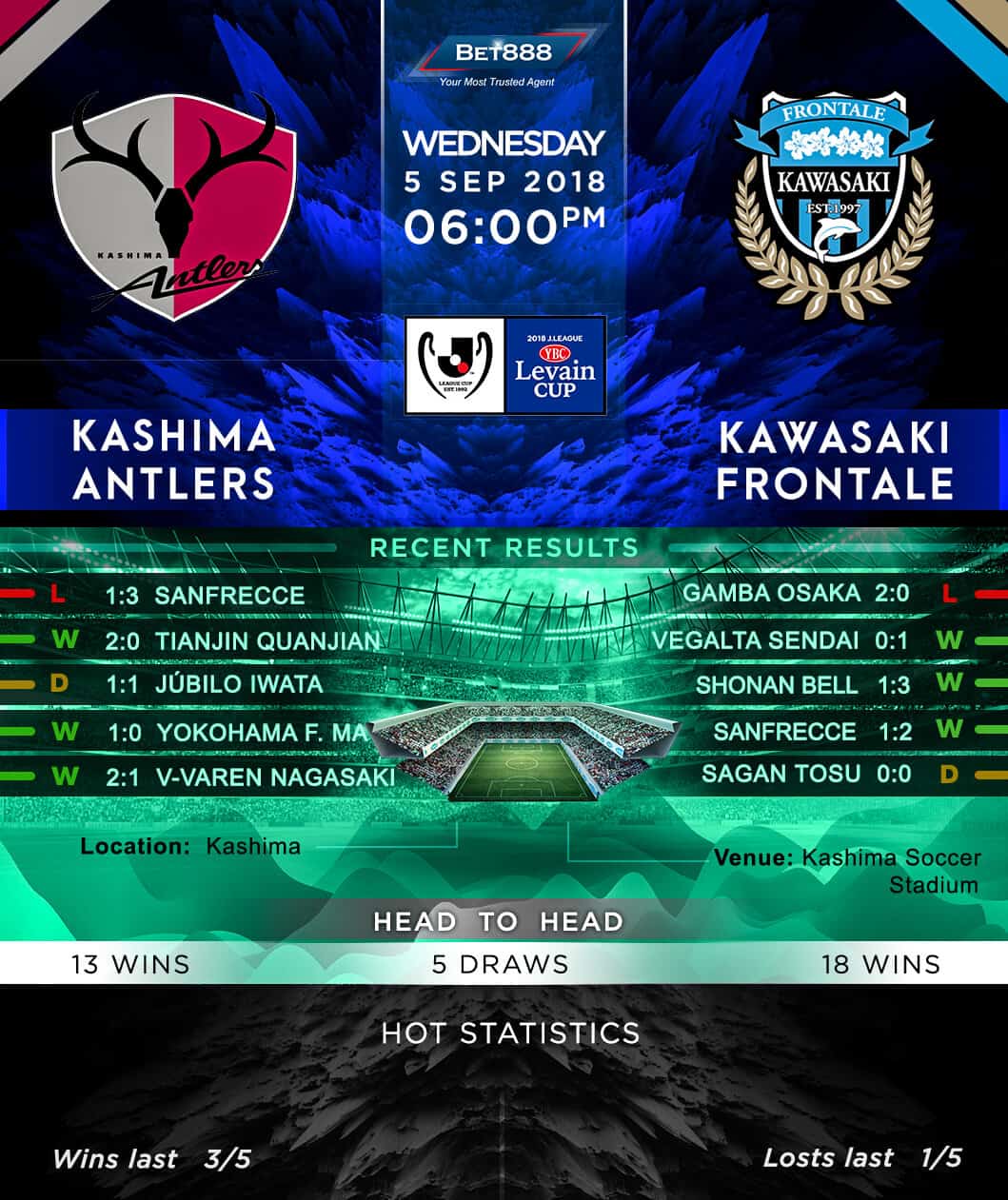