After years of wandering between Germany’s lower leagues, Kaiserslautern finally returned to Bundesliga 2, courtesy of a 2-0 aggregate victory over Dynamo Dresden in last season’s promotion playoff. Dirk Schuster’s men have picked up where they left off, enjoying a flying start to the new second-tier season (W2, D1). In addition to breaking the deadlock in both league matches this season, ‘Die Roten Teufel’ have found the net on either side of halftime on each occasion. Against this backdrop, they have lost their last three competitive meetings with Freiburg by an identical 2-0 scoreline, casting doubt on their hopes to advance to the next DFB Pokal round.

On the other hand, Freiburg narrowly missed out on Champions League qualification last season, falling only three points short of fourth-placed RB Leipzig. To make things worse, they lost the 2021/22 DFB Pokal showpiece to the side via penalties, wasting a rare opportunity to lift their first piece of major silverware in the 21st century. However, Christian Streich’s men looked unfazed by last season’s heartbreaks during their pre-season, as they went unbeaten in all five warm-up fixtures (W3, D2), keeping three clean sheets in the process. Additionally, ‘Breisgau-Brasilianer’ have netted 3+ goals in three of their last fourr outings, highlighting the potential for cracking Kaiserslautern’s porous defence open on a couple of occasions. 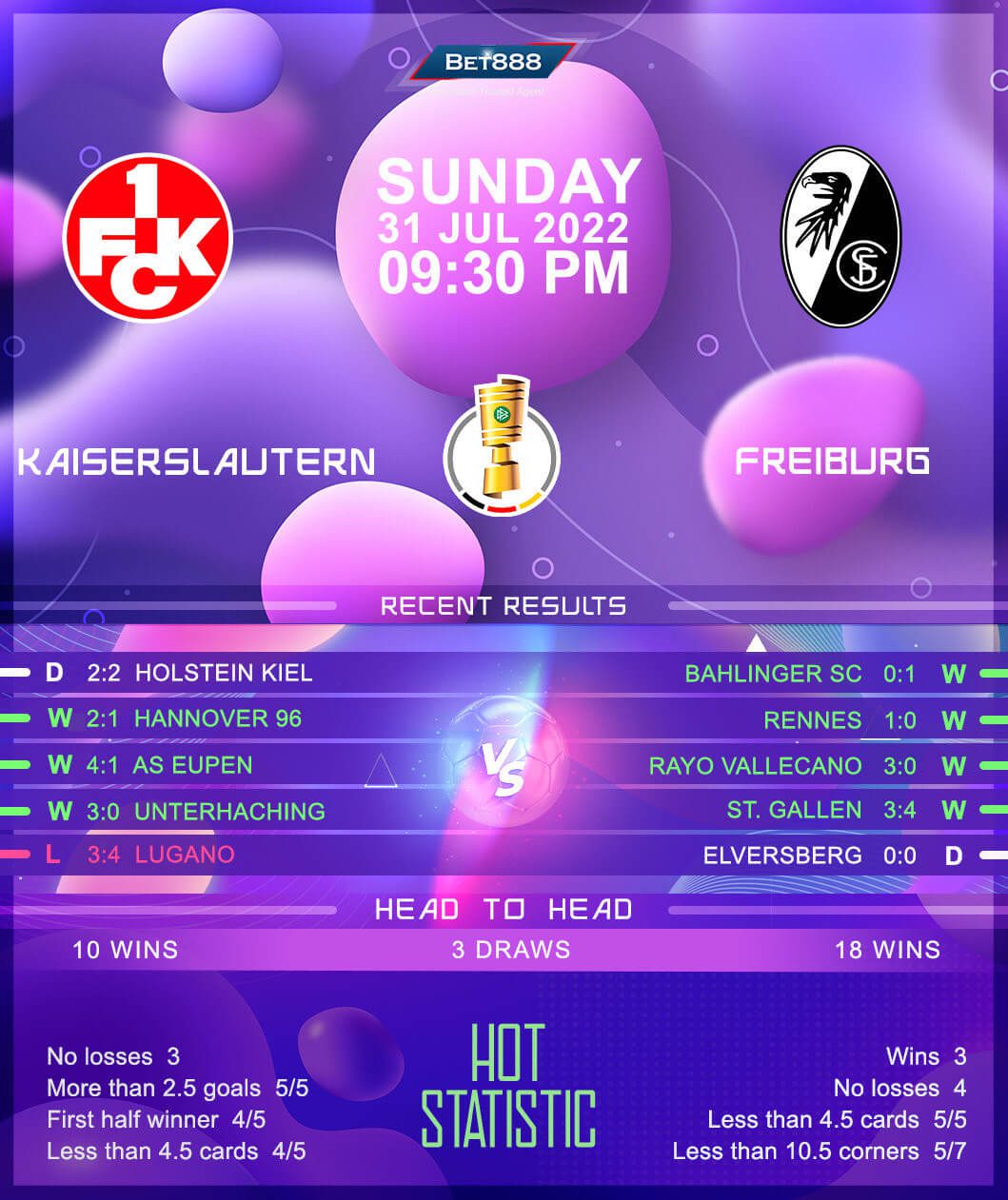