An improving Valencia side will be heading towards the Allianz Stadium, as they look to take on Juventus in what is going to be a crucial match in their efforts to reach the Champions League knockout stage.

The reigning Serie A champions top the Group H with a record of three wins and one loss. Before a frustrating 2-1 defeat to Manchester United in Turin, the Bianconeri have secured all three wins in the opening three Champions League games, having outscored Valencia, United, and Young Boys without conceding a single goal in the process. With nine points obtained so far, the Italian giants are one step away from advancing to the round of 16, as they need to get just one point in the remaining two matches. Massimiliano Allegri’s players have bounced back from a failure against the Red Devils, defeating AC Milan and SPAL in the national championship with an identical 2-0 scoreline. Moreover, the Old Lady scored a minimum of two goals four times in the previous five encounters across all competitions.

On the other hand, the visitors are desperate to post back-to-back Champions League wins for the first time this season, as they trail Manchester United by two points. Although they are unbeaten on the road in Europe this campaign, La Liga giants have also struggled to get a victory, having played out two draws to Man Utd and Young Boys. Goals have been in short supply in their opening three Champions League matches, with the Bats failing to score a goal two times while keeping a clean sheet once in the process. However, a 3-1 home win over Young Boys in their last European clash has brought Valencia back in the game. Additionally, the Oranges have racked up a promising three-match winning run, having defeated Young Boys, Getafe, and Rayo Vallecano, as they now hope to extend a positive spell. 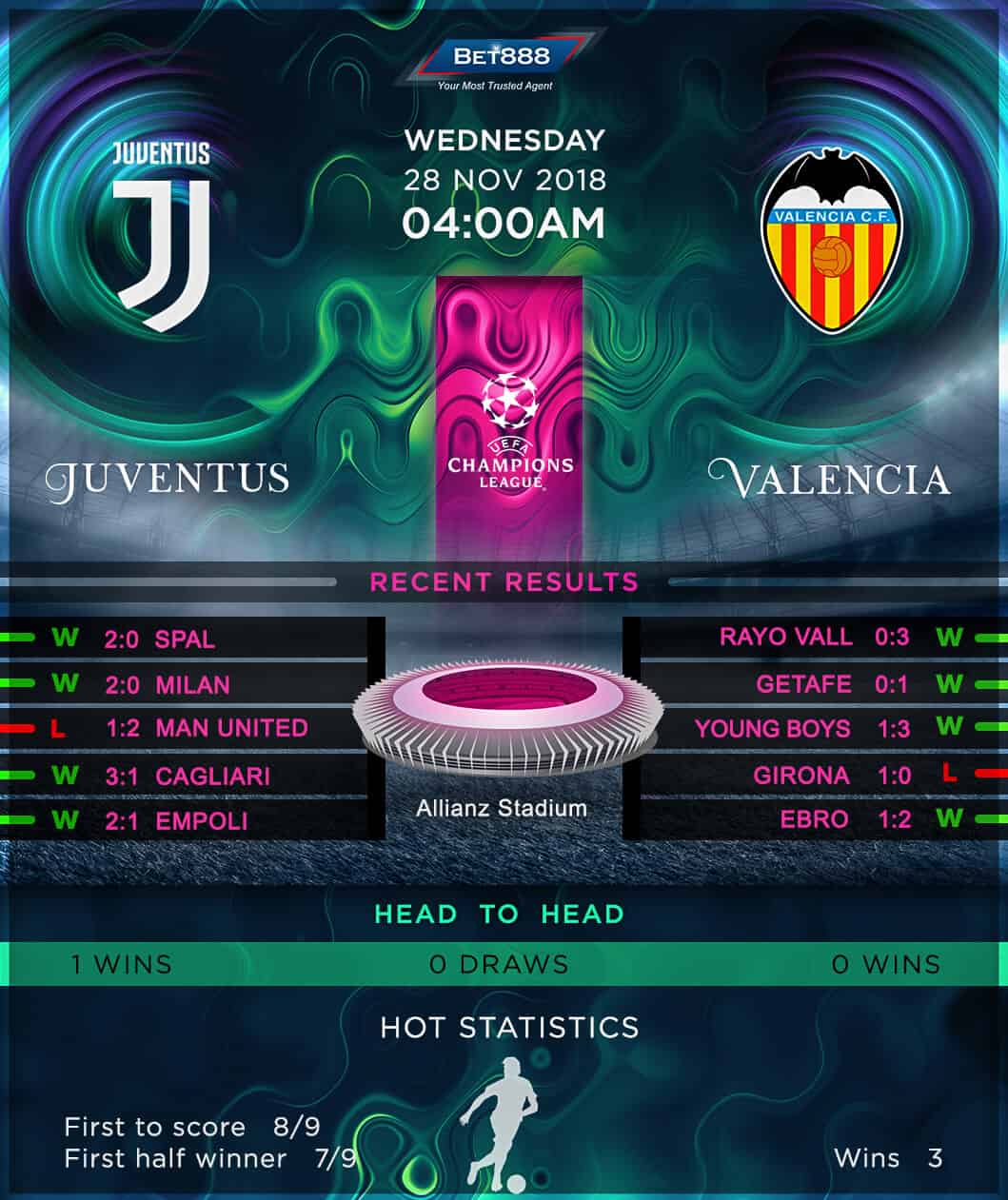