Juventus’ pursuit of the Serie A top four continues this weekend as they welcome bottom-half Udinese to the Allianz Stadium.

Coming into this matchday, Juventus suffered a late Supercoppa Italiana heartbreak at the hands of Inter Milan, falling to a 2-1 extra-time defeat in a midweek showpiece event. Desperate to bounce back, ‘I Bianconeri’ will look to build on their five-game winning Serie A streak against Udinese at home, scoring 2+ goals in each victory in that sequence. Since losing 1-0 to Atalanta at this venue back in late November, Massimiliano Allegri’s men have put together seven league games without a defeat (W5, D2), climbing to fifth in the process. Most recently, Juventus performed a stunning second-half comeback to turn a 3-1 deficit into a 4-3 win at Roma, having now scored over 1.5 goals in three of their last four Serie A outings. Interestingly, they have found the net in both halves in five of their previous seven league games.

On the other hand, Udinese fell to a humiliating 6-2 home defeat to Atalanta last time out, ending a run of back-to-back league matches without losing (W1, D1). Before cruising to an overwhelming 4-0 win at Cagliari in their most recent Serie A trip, they had gone winless in seven consecutive league travels (D3, L4), conceding 2+ goals on five occasions in that period. Despite their indifferent form, Udinese could lose two successive Serie A games for only the first time since September. That prospect looks to be well in the realm of possibility, considering they have lost nine of their last 12 top-flight meetings with Juventus (W1, D2) without keeping a single clean sheet in that run of matches. However, Udinese eked out a 2-2 draw at home in the reverse fixture and may avoid defeat in both seasonal H2Hs in Serie A for the first time since 1989/90. 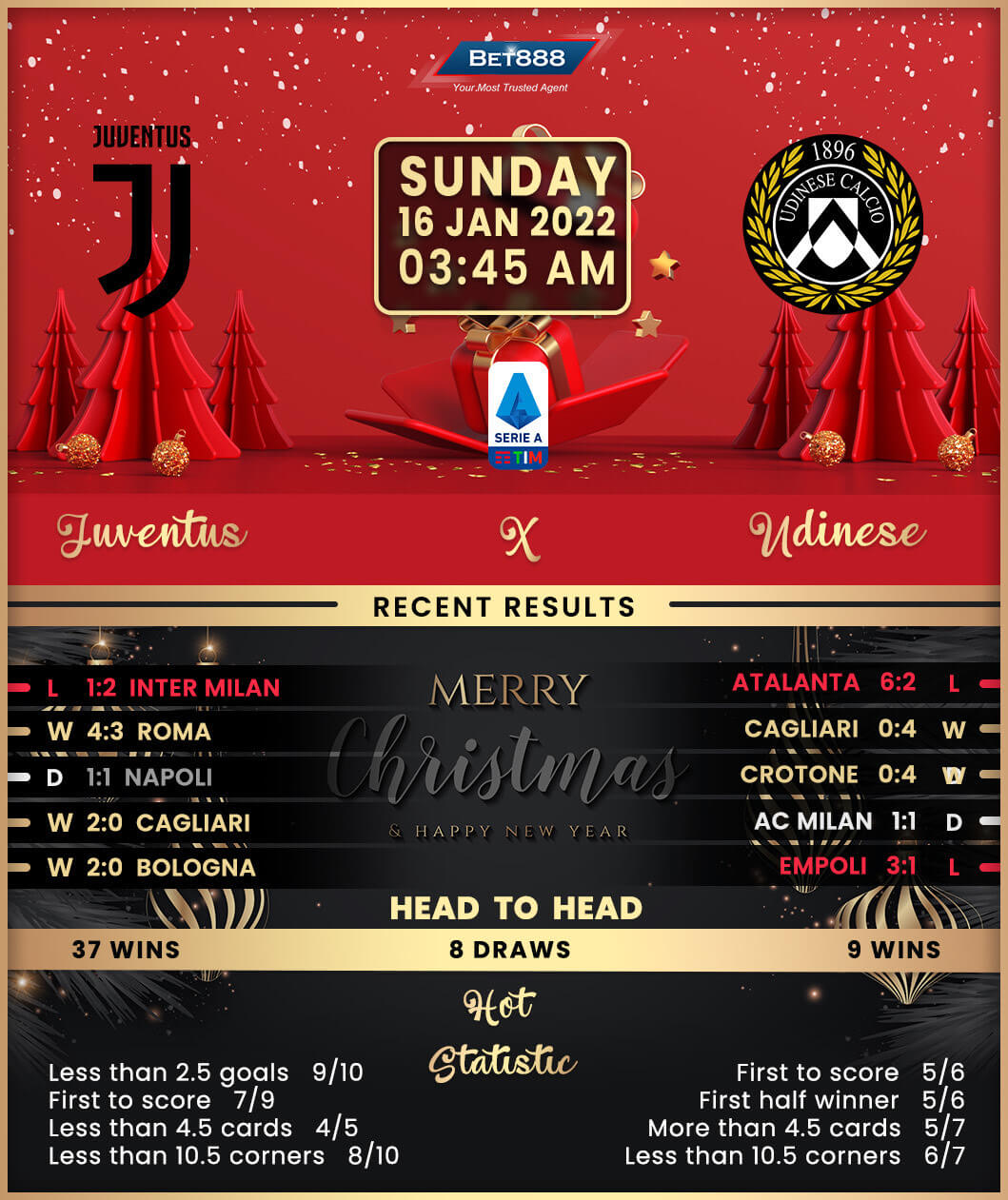