The undisputed Serie A leaders Juventus will host the so far wonders of the season Sassuolo at the Allianz Stadium, looking to maintain an impressive form and achieve another routine triumph.

The Bianconeri have opened the defending campaign with a tight 3-2 victory over Chievo Verona on the road, after which they comfortably outclassed Lazio 2-0 in front of the home crowd. But, the Old Lady again showed some signs of discomfort in what was expected to be the best defense in Italy by conceding a cheap goal against Parma at the Stadio Ennio Tardini although they eventually walked away with all three points. Nonetheless, Massimiliano Allegri and probably all Juventus supporters hope to see Cristiano Ronaldo opening his goalscoring account this weekend, especially as they have the Champions League match against Valencia coming in less than a week.

Meanwhile, the Black and Greens have started the new Serie A crusade with a surprising 1-0 win over Inter Milan at home after demolishing Ternana in Coppa Italia by five goals to one. Although Roberto De Zerbi’s team failed to beat Cagliari on the road, having played out a 2-2 draw, they swiftly managed to return to winning ways by clinching an impressive 5-3 victory over Genoa. However, in the last six matches in Turin, the Emilia-Romagna-based outlet suffered six defeats barely scoring one goal in the process.

According to the reports, both managers will have all of their players fit and ready for the encounter, except for the 34-year-old Sassuolo left-back Federico Peluso, who is yet to return to full fitness. 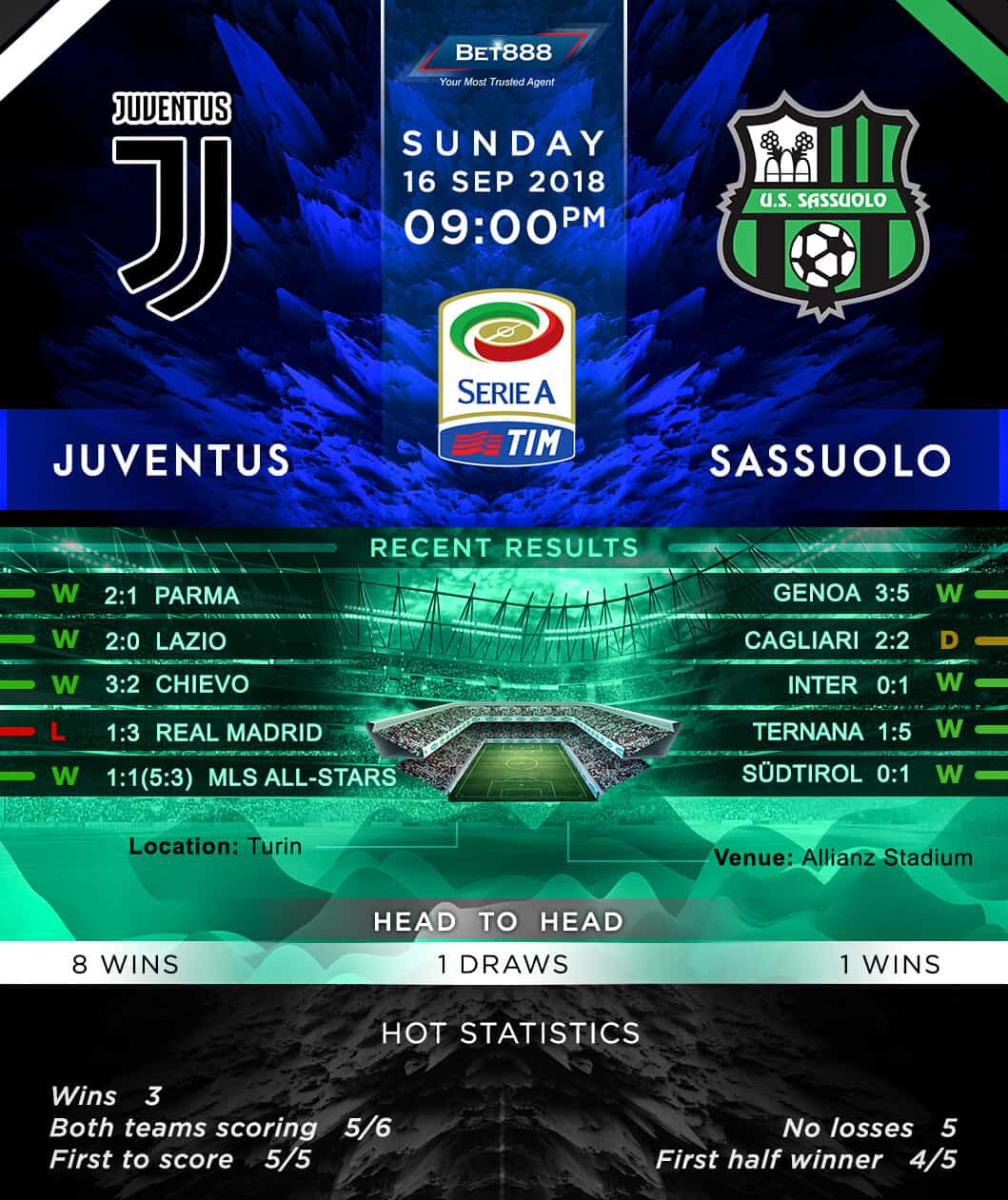