Allianz Stadium is the venue as Juventus and Roma go head-to-head in a mouth-watering Serie A showdown.

After back-to-back fourth-place finishes in Serie A, Juventus opened the new season with an emphatic 3-0 home win over Sassuolo. However, the enthusiasm in the home camp took a blow as Sampdoria held Massimiliano Allegri’s side to a tepid scoreless draw last time out. Keen to return to winning ways, ‘I Bianconeri’ welcome a Roma side they’ve defeated in ten of their previous 11 Serie A meetings at the Allianz Stadium (L1). On top of that, Allegri’s men have kept six clean sheets in their last seven league H2Hs in Turin. That’s a good omen as Juventus look to win their opening two home Serie A fixtures for the first time since the 2019/20 season.

On the other hand, Roma’s bid to return to the Serie A top four for the first time since 2017/18 has been off to a flying start. Jose Mourinho’s men have won their opening two league matches via an identical 1-0 scoreline despite attempting a league-high 47 shots across those two outings. Coming into this showdown, ‘I Giallorossi’ have won back-to-back Serie A games on the road ‘to nil’ and could now make it three consecutive away top-flight victories without conceding for the first time since August 2018. But to achieve that feat, Roma will have to arrest their three-match losing Serie A streak against Juventus. The signs are ominous, as the visitors have failed to get on the scoresheet in eight of their 11 previous league visits to the Allianz Stadium. 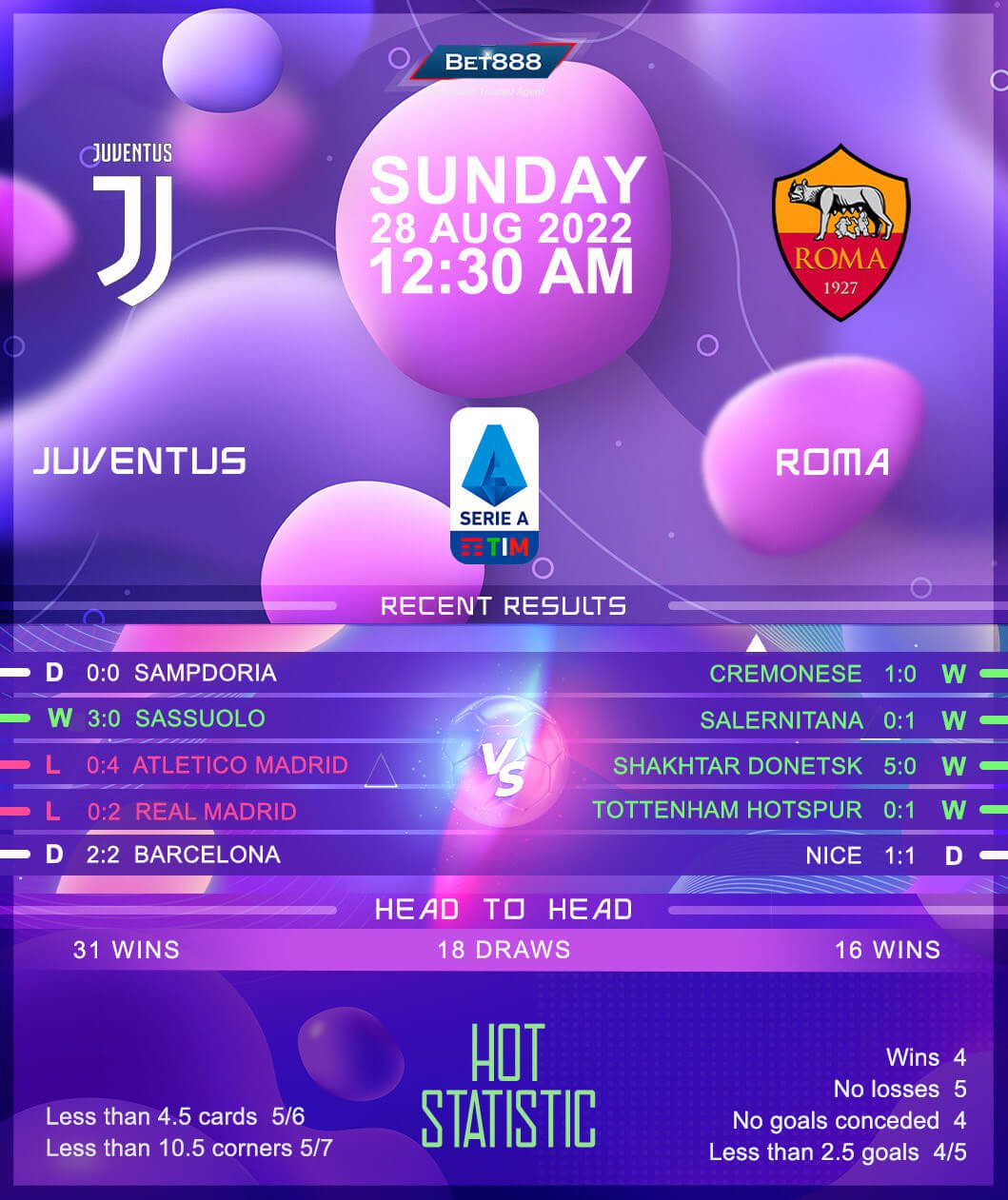