At the Allianz Stadium in Turin, Juventus will host the struggling Lazio side, looking to clinch their second straight Serie A win before the international break. The Old Lady have started the defending campaign with a tight 3-2 win over Chievo Verona on the road following a stunning second-half comeback and a thriller finish, in which VAR annulled Juventus’ third goal in the 89th minute only to see Federico Bernardeschi finding the back of the net in the final seconds of the match. Although Cristiano Ronaldo failed to leave a mark in his Serie A debut, he will spearhead the Black and Whites’ attack alongside the likes of Dybala and Douglas Costa, hoping to open his scoring account in Turin. On the other hand, the White and Sky Blues’ stressful period culminated against Napoli at the Stadio Olimpico last weekend, as Simone Inzaghi’s team lost the opening league match by two goals to one despite taking the lead in the 25th minute. It was Lazio’s third consecutive defeat after losing to Borussia Dortmund and Arsenal, and in such a discouraging atmosphere they will have to face off against the most dominant Italian side at the moment.

Massimiliano Allegri won’t have Leonardo Spinazzola and Mattia De Sciglio at his disposal, as both are struggling with injuries. As for the visitors, Luiz Felipe, Valon Berisha, and Jordan Lukaku are all sidelined with physical problems, while Patric won’t be available due to suspension. 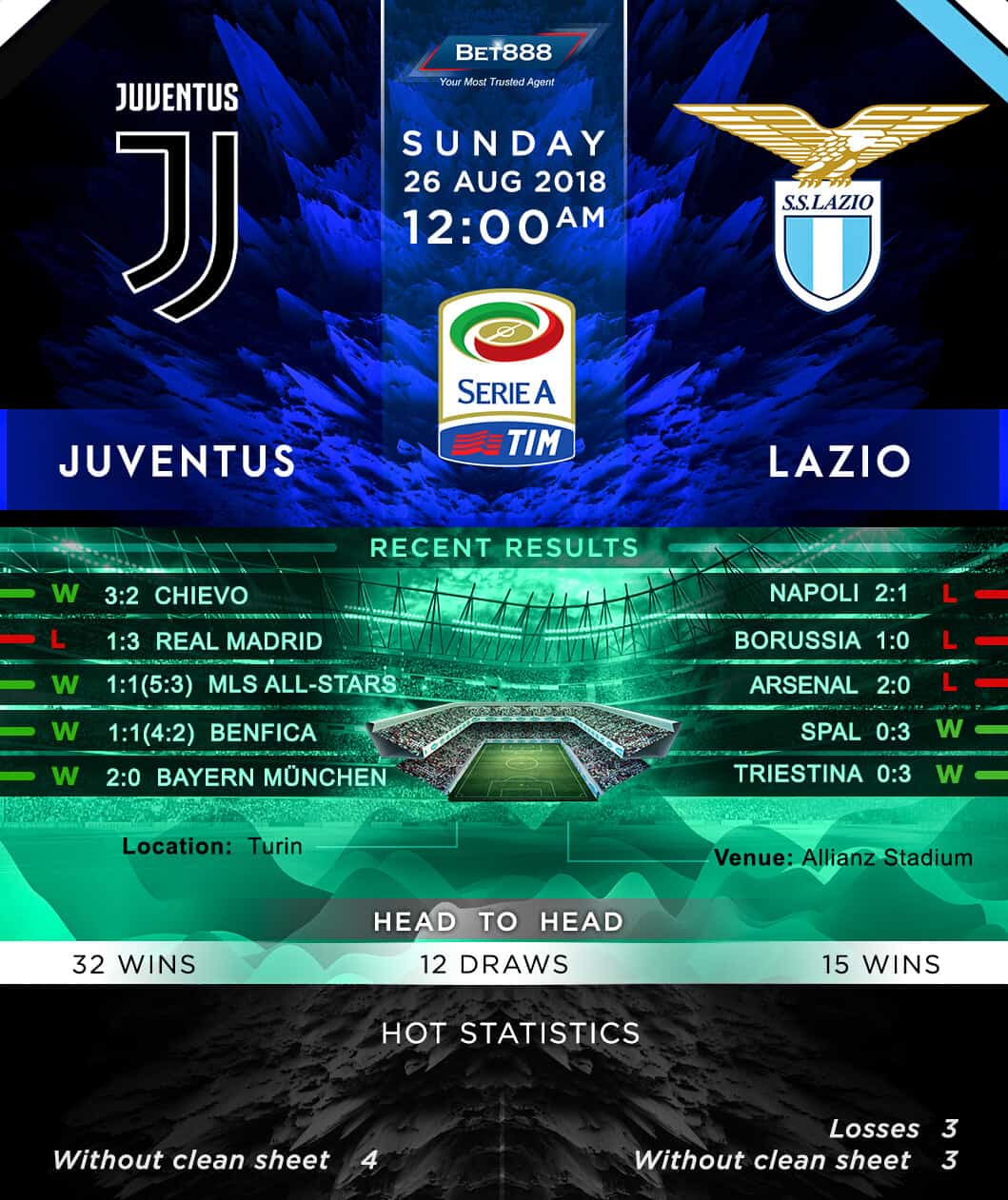