Weekend’s Serie A action opens with a heavyweights clash at the Allianz Stadium as Juventus look to take on Inter Milan looking to stretch their unbeaten home run against the big rivals to seven games in all competitions.

The undisputed Serie A leaders won 13 out of their opening 14 league matches, including the one against Fiorentina on the road last weekend. Residing the only unbeaten Italian team, the Bianconeri boast an almost perfect home record (W1, D1), with Genoa being the only team to dodge a failure in Turin thus far. With seven clean sheets and just eight goals conceded so far, the reigning champions have the best defensive record in the Italian top tier. Meanwhile, Cristiano Ronaldo and his fellow teammates have scored two goals or more in 13 Serie A clashes ahead of this round. Moreover, Massimiliano Allegri’s men have picked up four successive triumphs across all competitions without conceding a single goal in the run.

On the other hand, the visitors are going through a tumultuous period that has seen them secure just one win in their last five competitive matches. Furthermore, the Nerazzurri have lost three out of their previous five away games across all competitions, conceding nine goals in the process. After four straight league wins away from home, the Biscione struggled to secure all three points in two consecutive encounters, losing 4-1 to Atalanta in Bergamo before being held to a 2-2 draw to AS Roma at the Stadio Olimpico. Although Luciano Spalletti’s players allowed just 12 goals in 14 Serie A meetings thus far, eight of them came away from home, with Inter failing to keep a clean sheet three times in their last four road trips. 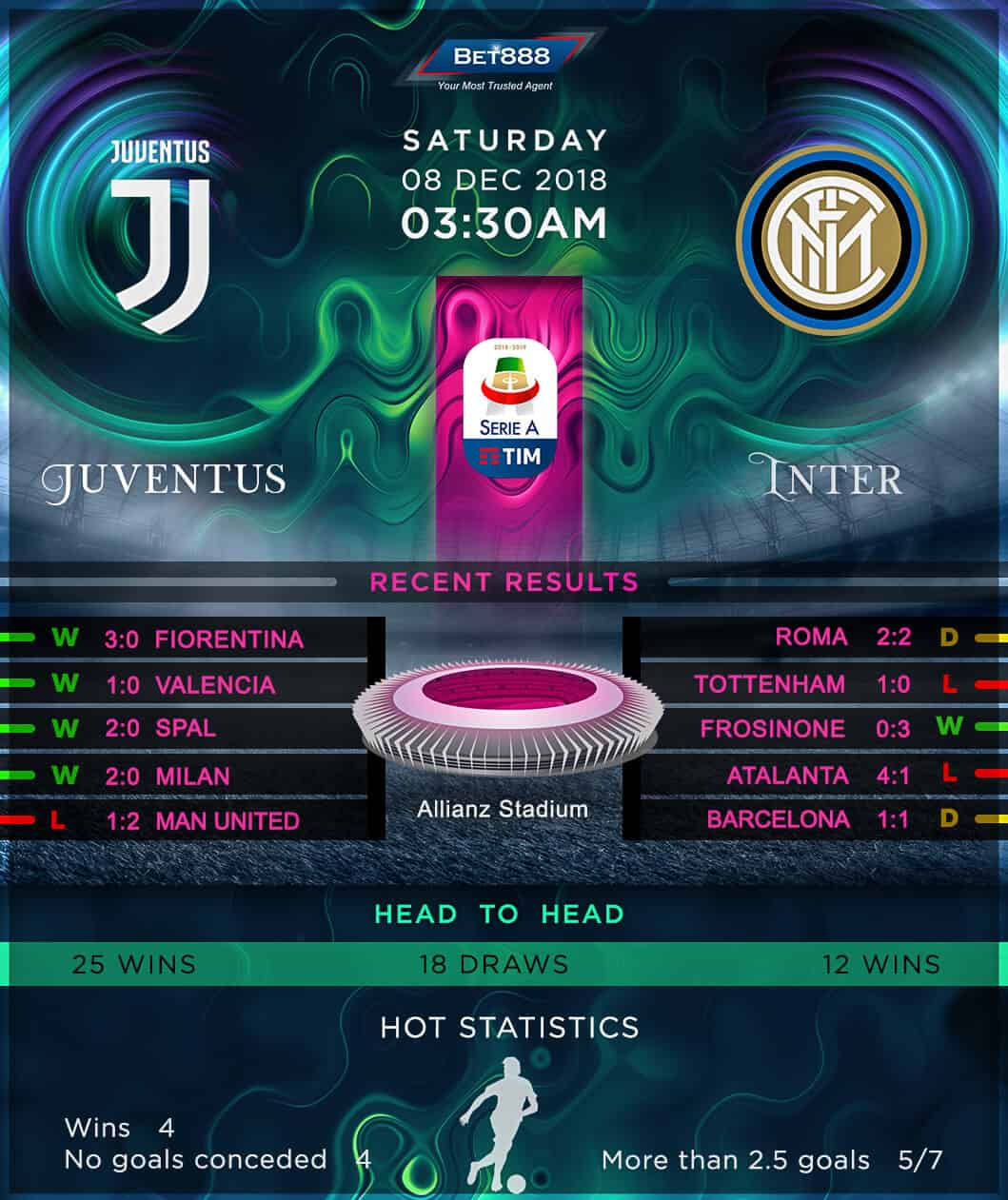