After officially claiming their seventh consecutive Serie A title last weekend, Juventus will face off Hellas Verona at the Allianz Stadium in the final game of the season. The Old Lady once again proved to be by far the best team in Italy, as they’ve been dominating the league from its start to the very end, winning the Coppa Italia in the process by defeating the arch-rivals, AC Milan, in the final by four goals to nil. Verona, on the other hand, had an awful campaign, utterly failing to meet the standards and requirements imposed by the Serie A, which is why they are going to return to the Serie B along with Benevento. The Black and Whites are the best home side on the Apennines, as they’ve won fifteen out of eighteen matches at home this season, and considering the Yellow and Blues lost nine out of their previous ten games on the road, this should be another routine victory for Massimiliano Allegri’s team.

Giorgio Chiellini has recovered from a muscle injury although he remained on the bench for the entire ninety minutes against Roma last weekend, and he might start the game from the first minute. As for the visitors, Mattia Zaccagni is the only player expected to skip the final day of the season. 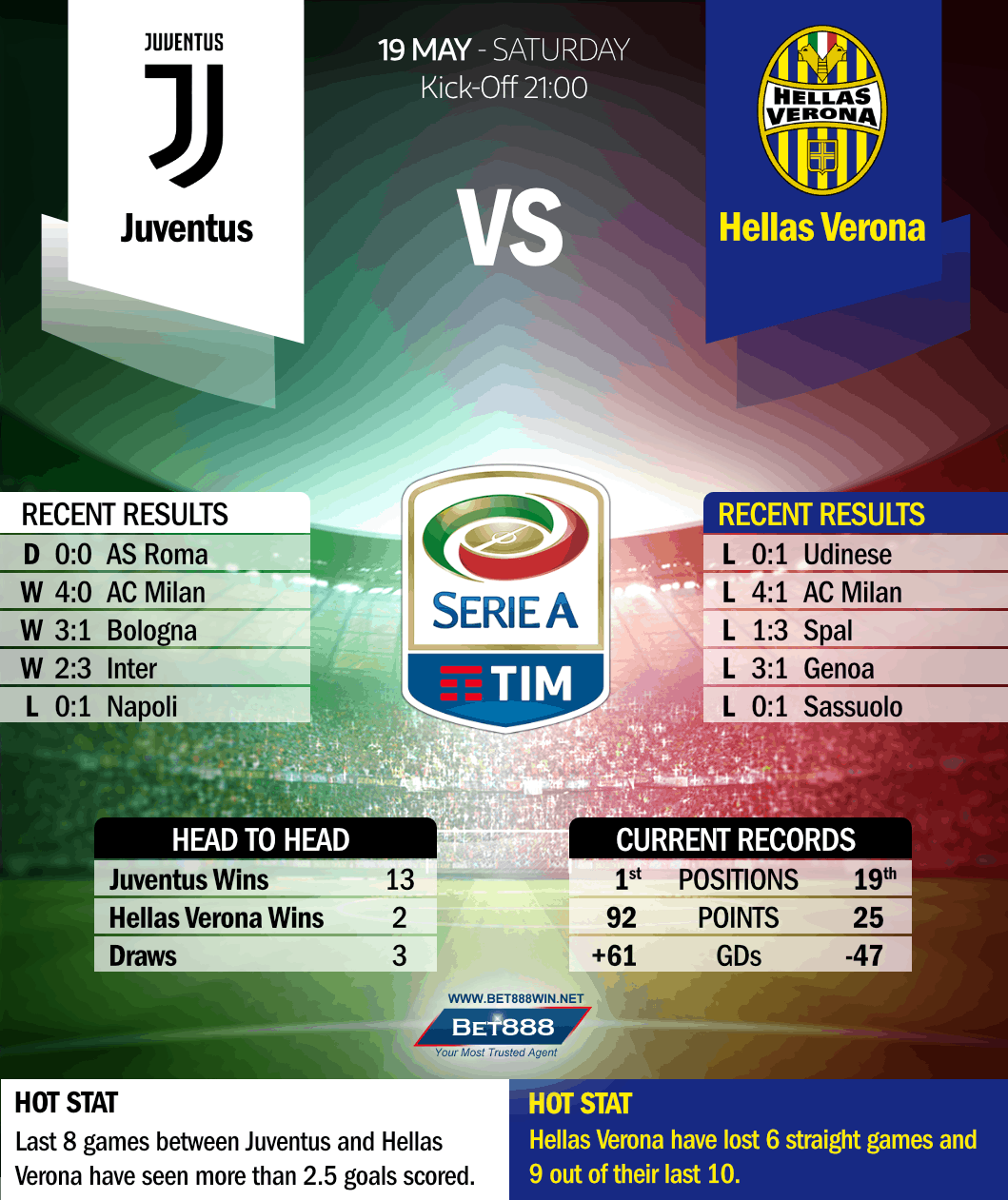