Allianz Stadium is the venue as Juventus and Empoli go head-to-head in a mid-table Serie A encounter.

Dusan Vlahovic’s derby-deciding goal fired Juventus to an all-important 1-0 win at Torino last weekend, helping them overcome a dreadful run of back-to-back 2-0 defeats in all competitions and extending Massimiliano Allegri’s managerial stint in Turin. However, Allegri is not off the hook yet by any stretch of the imagination, with ‘I Bianconeri’ heading into this round six points adrift of fourth-placed Roma following a sub-par Serie A start. The record-time Italian champions have won less than 50% of their opening ten league outings (W4, D3, L3) as Allegri faces another must-win game. Empoli’s stunning 1-0 victory in this corresponding fixture last season halted Juventus’ jaw-dropping 17-game unbeaten H2H run in Serie A (W15, D2), issuing a warning to the hosts not to get too complacent ahead of the kick-off.

As for Empoli, last weekend’s 1-0 home triumph over Monza ended their two-game winless Serie A streak (D1, L1), but their scoring woes continue to torment head coach Paolo Zanetti. A lack of firepower in the attacking third has seen Empoli net under 1.5 goals in nine of their opening ten league matches this season, including the last five on the trot. Despite their uneventful performances upfront, ‘Gli Azzurri’ have gone unbeaten in four consecutive Serie A away games (W1, D3) since succumbing to a narrow 1-0 defeat at Spezia on their opening top-flight travel. Much of the credit for Empoli’s decent Serie A start goes to a rock-solid backline that has conceded just 11 goals in the first ten league fixtures. That’s their best defensive start to a new top-flight season since 2006/07 and the second-best overall. 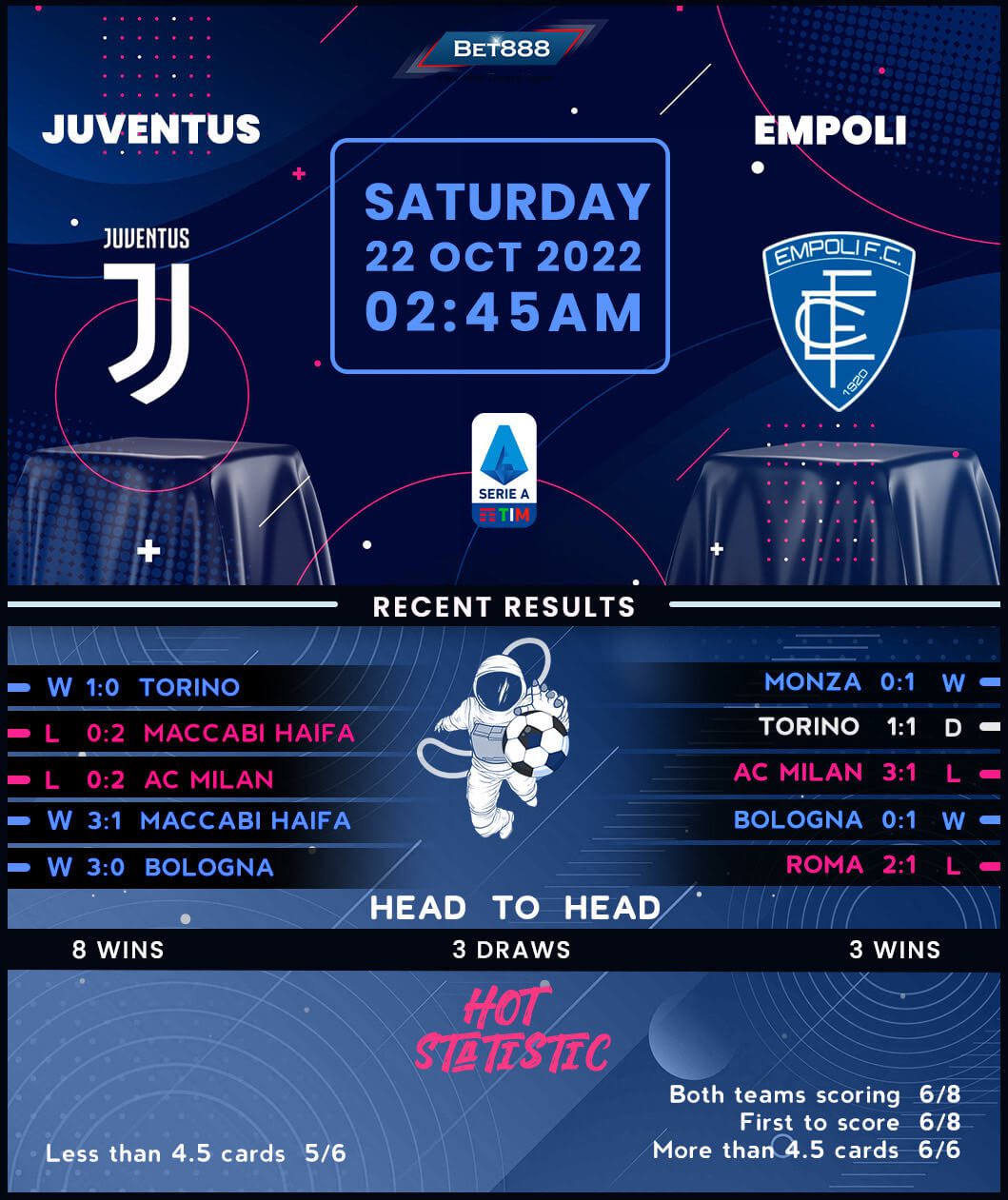