The undisputed Serie A leaders, Juventus, will host Cagliari at the Allianz Stadium, looking to extend an impressive 13-game lossless run across all competitions.

The reigning Italian champions have won nine out of ten opening league matches, as they currently top Serie A table with a 6-point lead over Inter Milan and Napoli. Moreover, the Bianconeri are the only undefeated team in Italy and the ones to concede the least goals of all clubs, having allowed just seven so far. Massimiliano Allegri’s players have kept a clean sheet two times at home; four times overall, which is the 3rd-best record behind Inter and Sampdoria. However, the Turinese giants have notched a brace in nine league encounters so far, only missing to bag two goals against Genoa at home, which is by far the best goalscoring record in Serie A.

On the other hand, the visitors have managed to secure two triumphs in the previous three league fixtures, which allowed them to extend the gap on the relegation zone based sides. However, the Islanders have lost three out of five road games so far, keeping a clean sheet only once in the process. Additionally, with just two goals scored away from home, the Rossoblu share the worst road goalscoring record with Bologna. All five Cagliari’s away meetings have ended with less than three goals, with Rolando Maran’s players failing to score a brace in each of those encounters. Furthermore, keeping a clean sheet in Turin seems like a mission impossible for the Sardinians, as they’ve conceded at least one goal in the past 15 trips to Turin. 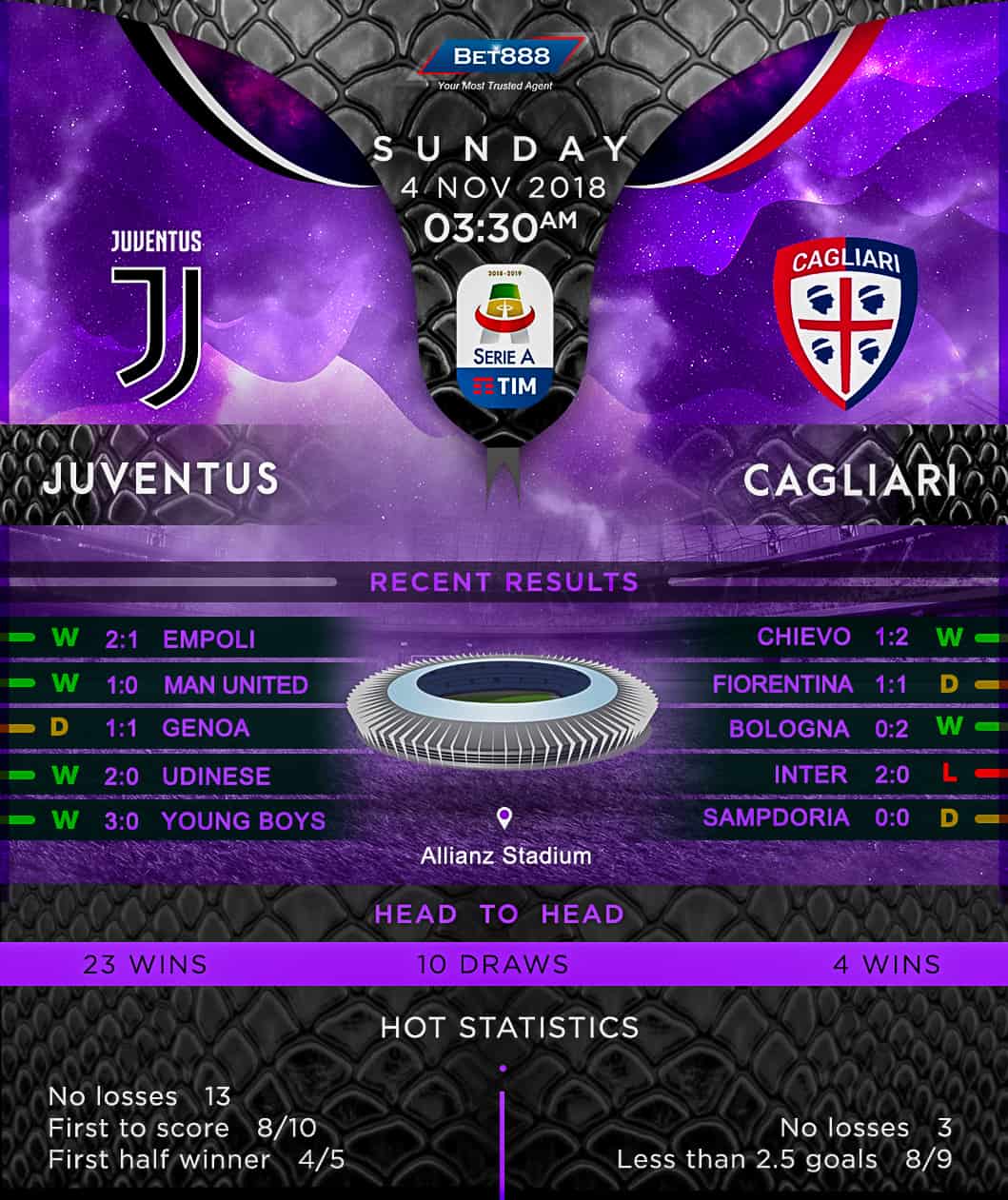