September’s international break handed Juventus extra time to rally their troops ahead of Bologna’s visit to the Allianz Stadium in a must-win fixture for the home side.

September was not kind to Juventus as they failed to win any of their five matches across all competitions last month (D2, L3), including a dismal 1-0 defeat at Serie A debutants Monza in the previous round. Coming into this matchday, ‘I Bianconeri’ trail top-placed Napoli by seven points, meaning another failed attempt to land a victory could rule them out of the Scudetto race already in October. But Bologna’s visit to Turin could change Juventus’ fortunes as they’ve lost just one of their last 39 top-flight H2Hs (W28, D10). At home, Massimiliano Allegri’s lads had won eight consecutive Serie A clashes against Bologna before a 1-1 draw in this corresponding fixture last season.

Though visiting Bologna wouldn’t mind another share of the spoils, it may not prove enough to steer them away from the dreaded relegation zone. New manager Thiago Motta suffered a dismal 1-0 home defeat to Empoli on his touchline debut as his men head into proceedings only two points clear of 18th-placed Monza. Bologna’s underwhelming Serie A start has seen them win just one of their seven league games to date (D3, L3), courtesy of a come-from-behind 2-1 home triumph over Fiorentina under a caretaker boss. There’s not much travelling fans can hope for in Turin, considering ‘I Rossoblu’ have picked up just one victory across 13 Serie A away matches in 2022 (D5, L7), beating last season’s relegation boys Genoa 1-0 in May. 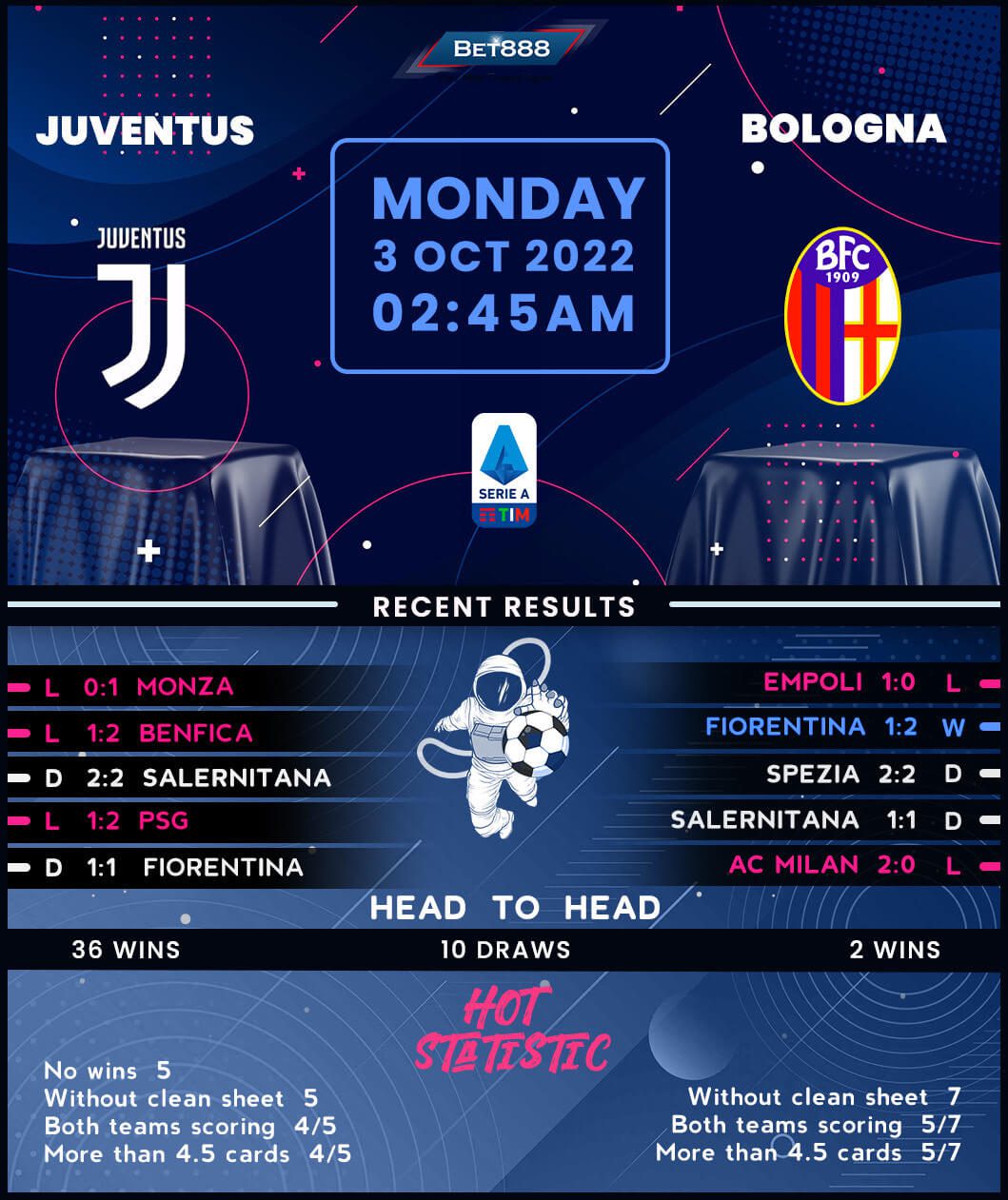