Out-of-sorts Juventus and high-flying Benfica will square off at the Allianz Stadium in a heavyweight Champions League Group H fixture.

It comes as no big surprise that Juventus fell to a 2-1 matchday-one defeat at Paris Saint-Germain as Massimiliano Allegri’s men are experiencing an uninspiring start to the 2022/23 season. After holding fellow Serie A adversaries Fiorentina to a 1-1 draw with their only shot on target, ‘I Bianconeri’ had to come from a 2-0 halftime deficit to eke out a 2-2 home stalemate against sub-par Salernitana at the weekend. Aware that his job hangs by a thread, Allegri lashed out at the match officials and received a red card, showing the Allianz Stadium has turned into a toxic environment. Benfica’s visit to Turin could help turn Juventus’ fortunes around, though, with the record-time Italian champions only losing once in their nine previous home European matches against Portuguese visitors (W7, D1).

However, Juventus cannot rely on tradition much, especially with Benfica coming into proceedings having won all 11 competitive games under new boss Roger Schmidt. While a 1-0 away win over Famalicao at the weekend kept them top of the Primeira Liga, a routine 2-0 home triumph over Group H minnows Maccabi Haifa fired them to a flying Champions League start. But the ‘Eagles’ could be in for a reality check here, as they are without a win on Italian soil against Serie A opponents since March 1997. By extension, Benfica have picked up just one win in their last 12 European visits to Italian hosts (D1, L10), losing all three Champions League fixtures on Italian turf to date. Schmidt’s men may nonetheless win back-to-back Champions League outings for the first time since November 2016, which could be a powerful motive. 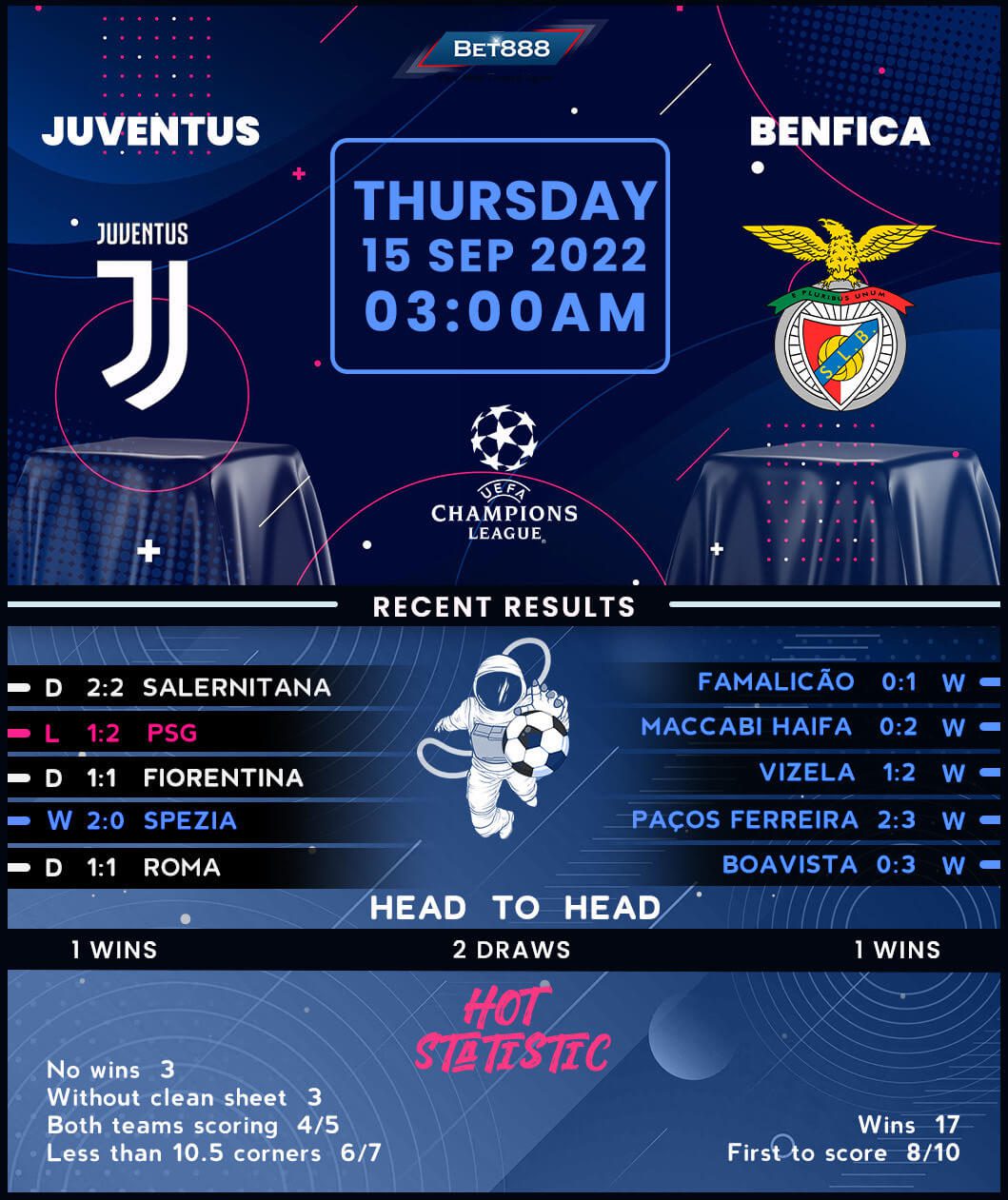