Spain’s last check ahead of the 2022 World Cup in Qatar pits them against Asian minnows Jordan at the Amman International Stadium.

Despite mustering five consecutive triumphs without conceding in the run-up to this showdown, Jordan will have to play out of their skins to upset the odds in their first-ever match against Spain. Defensive resilience could prove crucial to Jordan’s bid to avoid a humiliating outcome. And after conceding under 1.5 goals in nine of their last ten internationals, they look safe and sound. Prone to producing low-scoring affairs, the ‘Chivalrous Ones’ have seen four of their five most recent games feature under 2.5 goals, which bodes well for their effort to save their dignity against a more heavily fancied opposition. That could prove the only way for Jordan to redeem themselves to fans after failing to clutch a maiden World Cup appearance.

In stark contrast to their upcoming rivals, Spain head to Qatar seeking redemption for an underwhelming last-16 exit in Russia four years ago. Inspired by fresh blood coming from Barcelona’s youth academy, ‘La Furia Roja’ eked out a top-place finish in a highly competitive 2022/23 Nations League Group A/2, courtesy of a hard-earned 1-0 win at Portugal on the final matchday. That triumph over their Iberian neighbours helped Spain bounce back from a shock 2-1 home defeat to Switzerland, making it five wins from eight internationals in 2022 (D2, L1). But scoring remains an issue for Luis Enrique’s men, as they’ve netted precisely one goal in four of their last six outings. Particularly uneventful before halftime, they’ve drawn a blank in the first half in back-to-back games preceding this fixture. 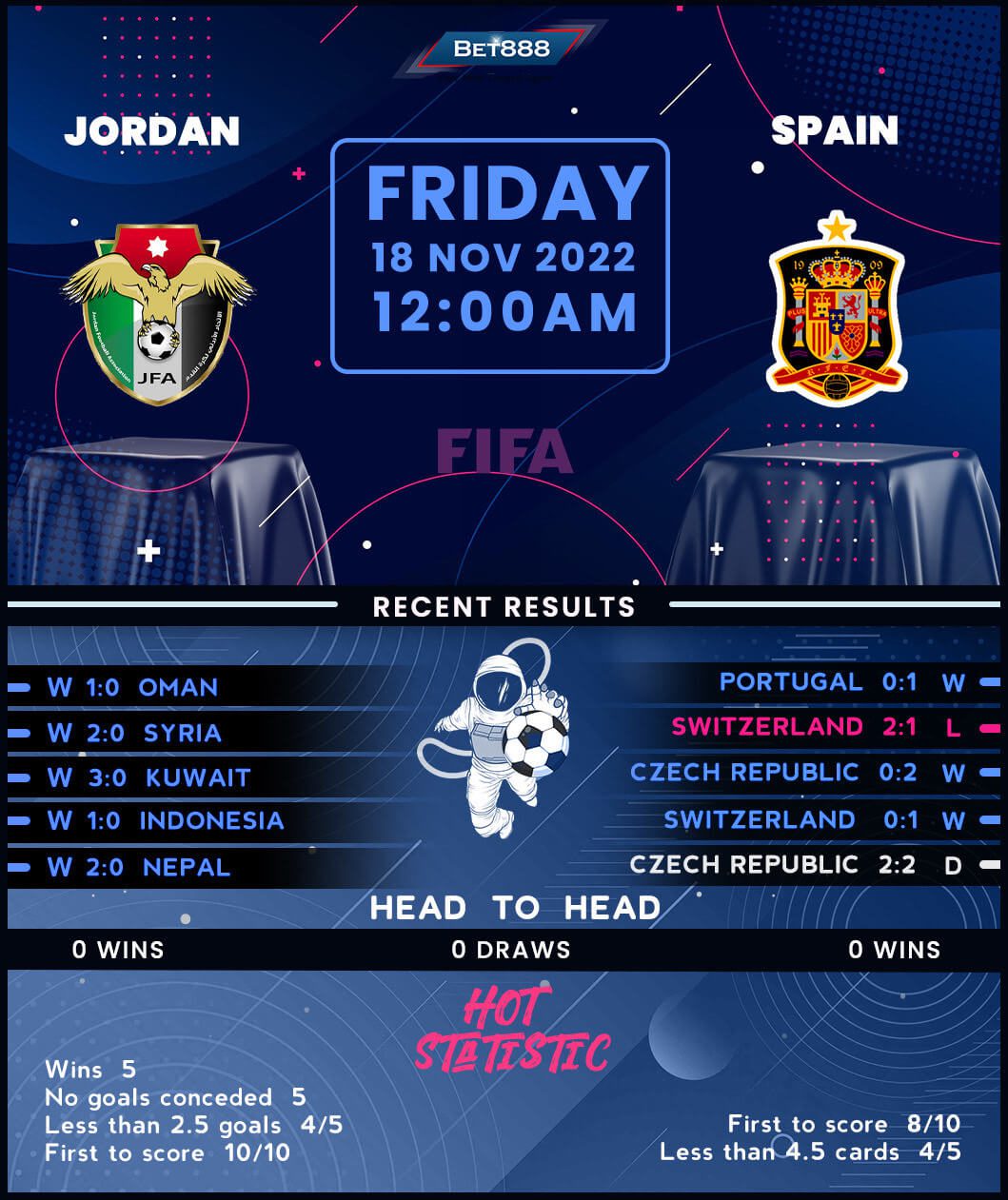