A friendly international match between Japan and Uruguay will take place at the Saitama Stadium in Saitama, with the hosts looking to extend a promising post-World Cup streak.

After an unfortunate round of 16 elimination to Belgium where they’ve dropped a 2-goal lead 25 minutes before the final whistle, the Samurai Blue have clinched two straight triumphs over the CONCACAF-based sides. Hajime Moriyasu has started his adventure with the national team with a convincing 3-0 win over Costa Rica before outscoring Panama by the same result, as he hopes to see his players maintaining an impressive form.

Meanwhile, Le Celeste started the final tournament off on the right foot, registering all three victories in the group stage, but they’ve failed to replicate the same performance in the knockout phase. Although they’ve outplayed Portugal in the round of 16, Oscar Tabarez’s side were outclassed by France in the quarter-finals. However, in the first post-World Cup game, Uruguay demolished Mexico by four goals to one before suffering a 2-1 defeat to South Korea last week.

Moriyasu won’t have some of the veterans at his disposal, with Keisuke Honda, Shinji Kagawa, and Eiji Kawashima all omitted. As for the visitors, the most notable absence is the one of Barcelona star Luis Suarez, who has suffered a knee injury. 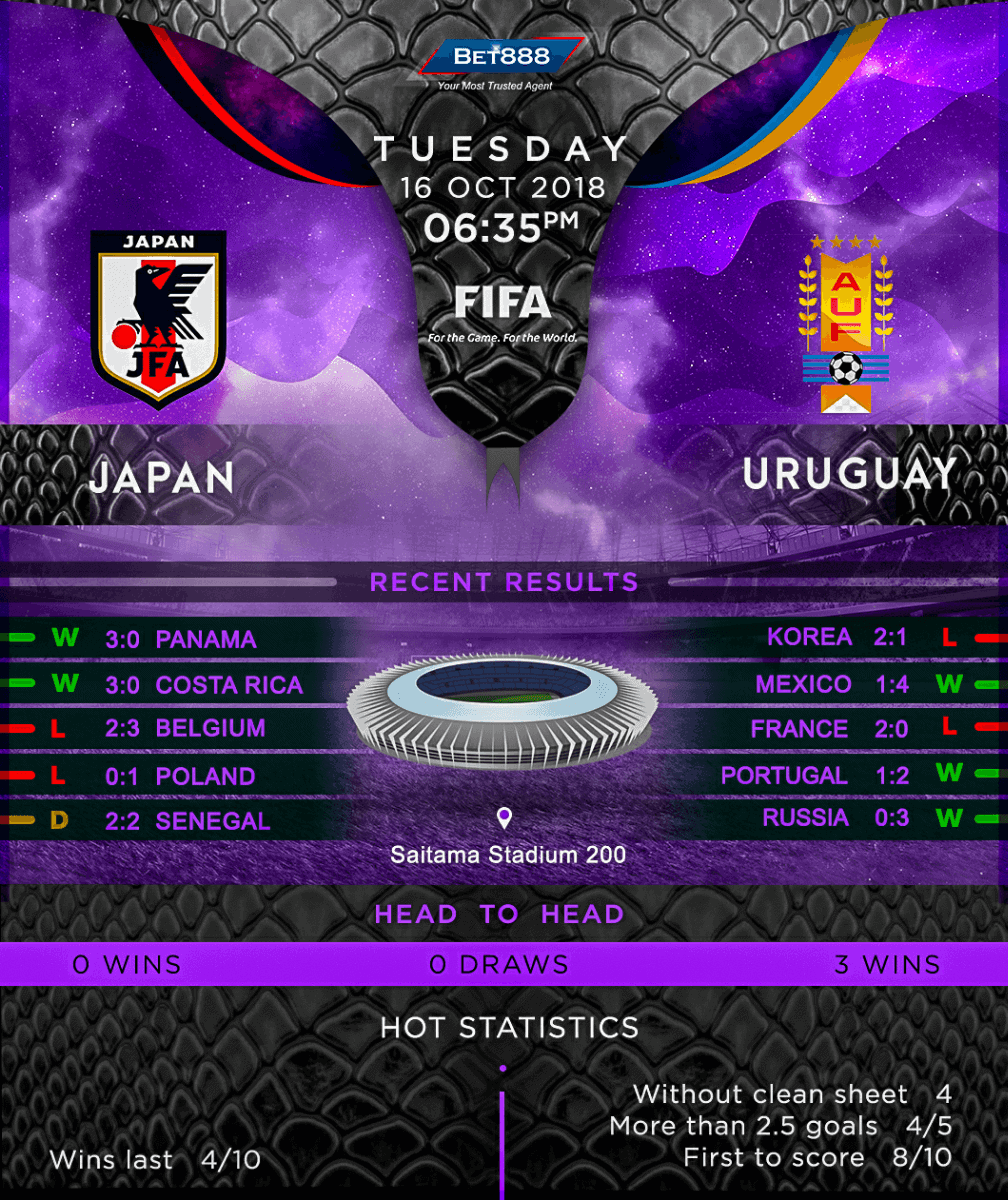