At the Central Stadium in Yekaterinburg, Japan will be taking on Senegal, looking for a positive outcome that should bring them one step closer to the knockout stage, but it will be far from easy, considering Les Lions de la Téranga’s performance against Poland. The two sides that were recognized as outsiders in Group H before the start of the World Cup have both managed to pull off impressive results in the first round of the group stage, securing important victories against favored Colombia and Poland. The Samurai Blue utterly outplayed Los Cafeteros, ultimately walking away with all three points, thanks to goals scored by Shinji Kagawa and Yuya Osako. The same goes for Senegal, who defeated White and Reds after a stunning team display that eventually secured them a comfortable 2-1 win.

These two sides have never played against each other at the big tournament, with Senegal beating Japan in an international friendly by one goal to nil back in 2003.

Keisuke Honda, who assisted Osako for the winning goal only three minutes after coming on off the bench in the first match might return to the starting line-up replacing Genki Haraguchi, who showed very little despite remaining on the field for the entire ninety minutes. On the other hand, Cheikhou Kouyate and Keita Balde are the candidates to replace Alfred John Momar N’Diaye and Ismaila Sarr that failed to impress against Poland. 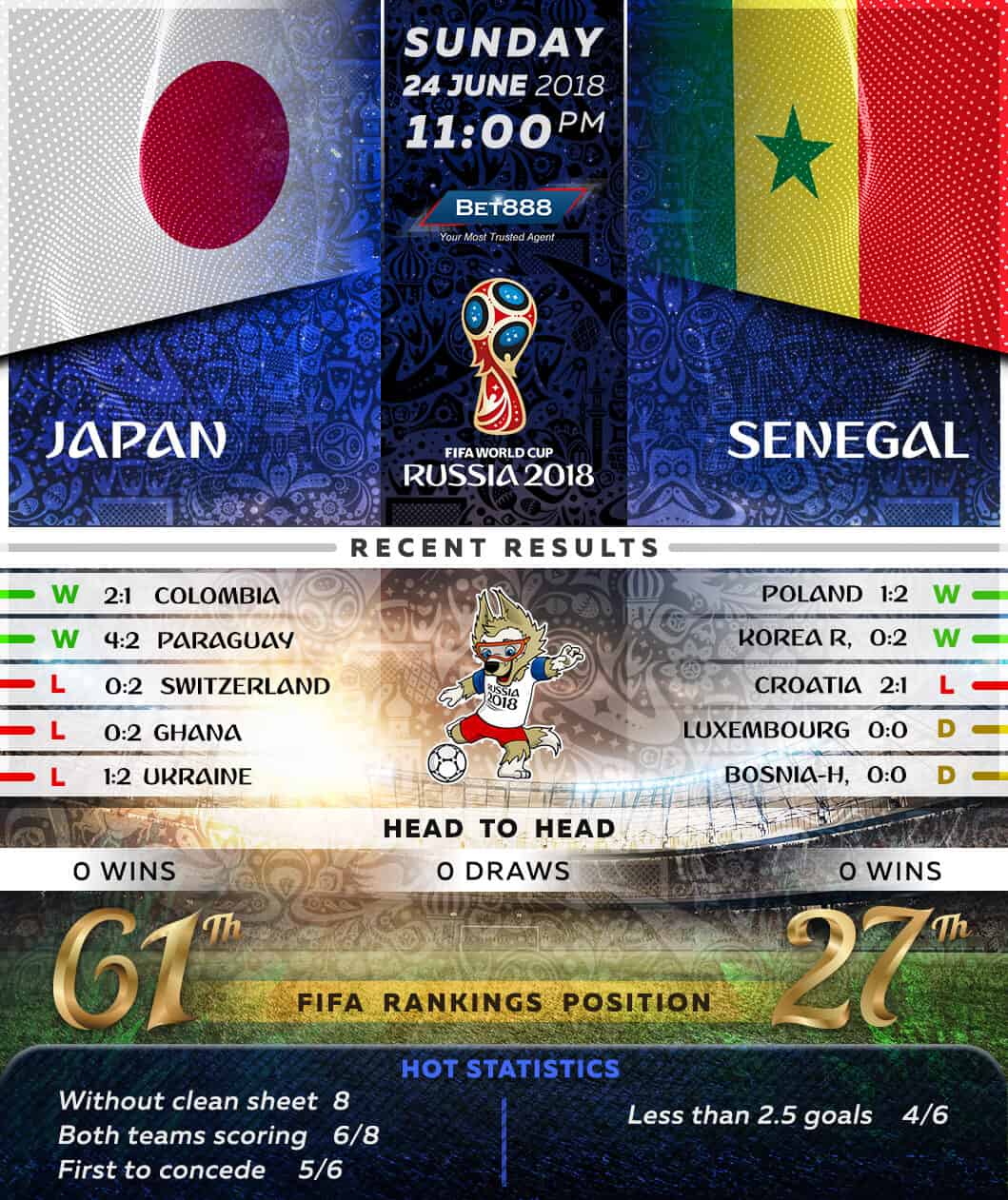