At the Volgograd Arena, Poland will have a chance to provide some satisfaction to their fans after a disastrous World Cup journey, as they are set to face off against Japan in the final round of the group stage. Although they have been the top favorites to qualify for the knockout stage from Group H, Poland had a nightmarish two matches against Senegal and Colombia, which is why they already lost all chances to go past the group phase. The White and Reds have lost both matches they have featured in so far, with Colombia demolishing them by three goals to nil, while Senegal defeated them,2-1. On the other hand, after two impressive displays against Los Cafeteros and Les Lions de la Téranga, the Samurai Blue are presented with an astonishing opportunity of advancing to the round of 16 for the third time in their respective history. With Colombia and Senegal expecting a head-to-head encounter, a draw against Poland would see Akira Nishino’s team progressing to the knockout stage.

Keisuke Honda who scored the 78th-minute equalizer against Senegal after coming on off the bench might start the match from the first minute replacing Genki Haraguchi who is yet to impress. As for Adam Nawałka’s team, Arkadiusz Milik and Jakub Blaszczykowski could return to the starting line-up after skipping the game against Colombia. 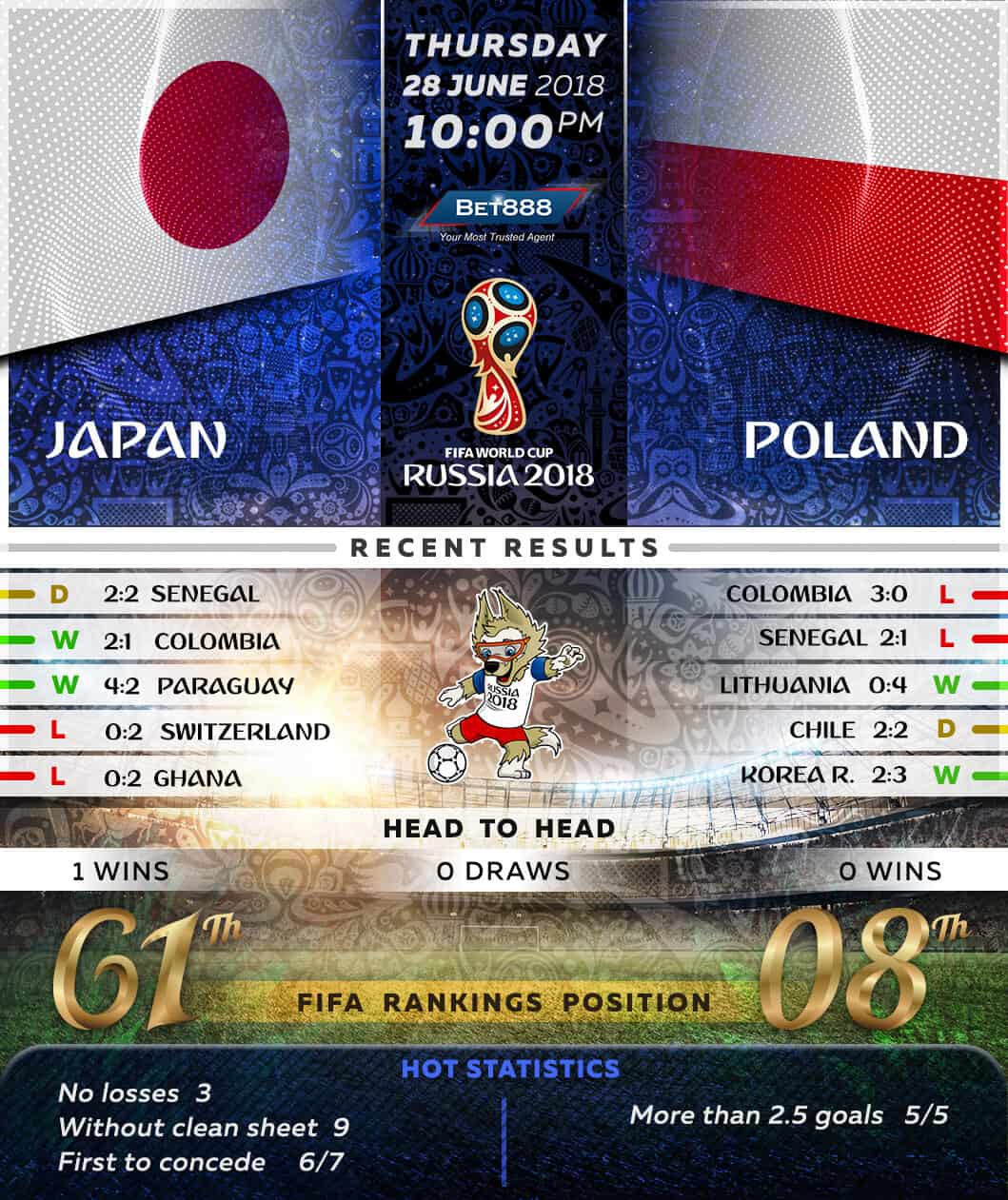