At the Tivoli Stadium in Innsbruck, Japan and Paraguay will face off in a friendly match for the first time since 2010 when the Asian side sealed a narrow 1-0 victory. Although the Samurai Blue wrapped up their sixth straight World Cup appearance, Akira Nishino’s footballers are struggling to find the right balance in 2018, losing two out of three games they have played this year, while allowing Ukraine and Ghana to score four goals in those two matches. The experienced Japanese coach is desperate to secure at least one positive outcome before making a trip to Russia, and he will barely find a better chance than this. Not only Los Guaraníes failed to qualify for the World Cup final tournament, but they have also continued to struggle after the end of the qualification process, suffering a 1-0 defeat against the United States.

As much as five games out of a total of eight these teams played against each other throughout the history finished with an identical 0-0 draw, with Japan managing to secure two wins after the regular 90 minutes of playing time.

Shinji Okazaki, Yoshinori Muto, Takashi Inui, and Shinji Kagawa all started from the bench in a 2-0 defeat to Switzerland last weekend, and they should all be included in the starting line-up against Paraguay, whose coach, Gustavo Morínigo, looks to rejuvenate his squad by giving a chance to some of the youngsters from the domestic league. 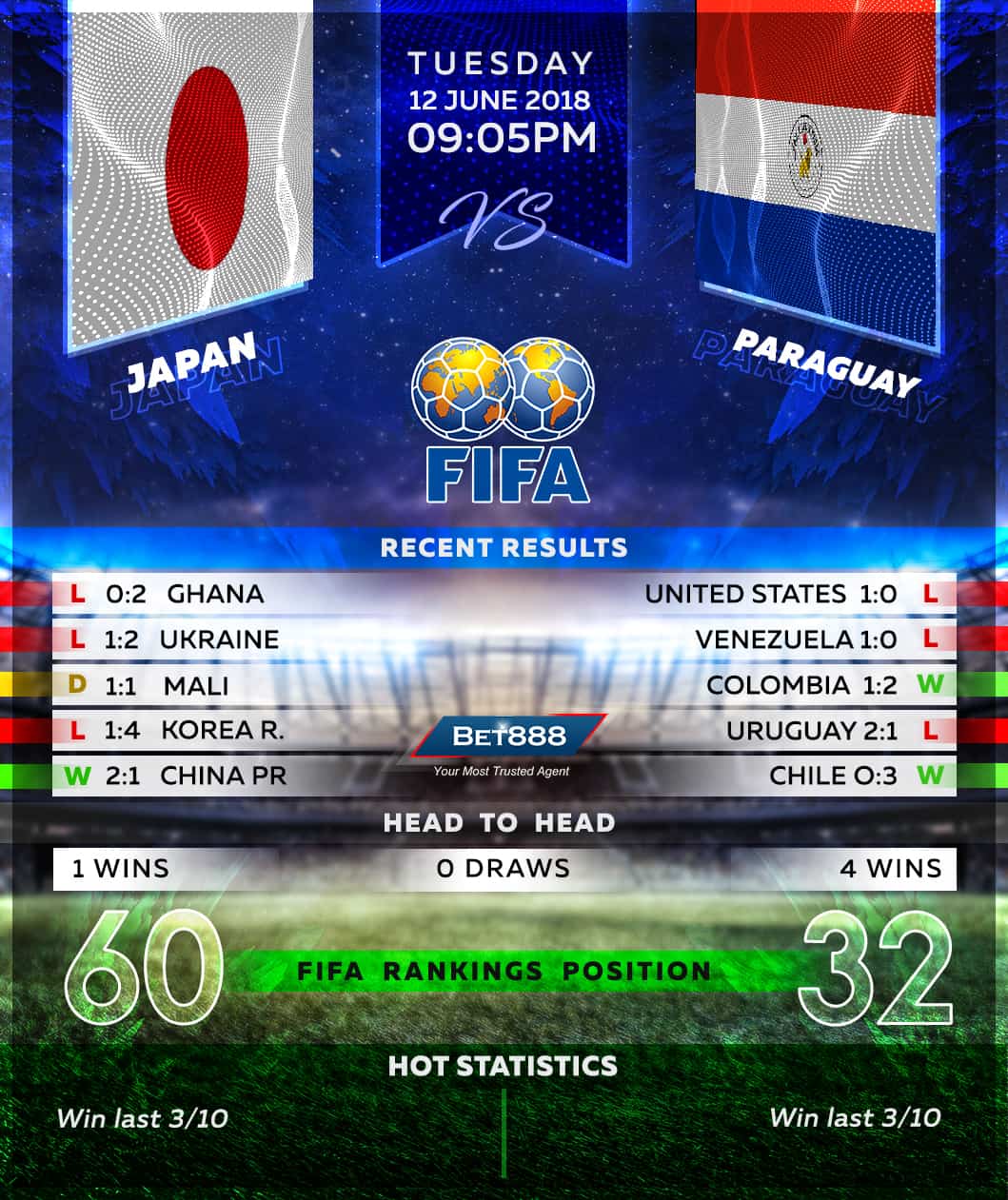