The rejuvenated Japan team will face Kyrgyzstan in a friendly meeting at the Toyota Stadium, hoping to extend a 4-game lossless streak.

After a promising result at the 2018 FIFA World Cup, Hajime Moriyasu replaced Akira Nishino on the national team benched and immediately secured three straight wins, all against the sides from the CONCACAF and CONMEBOL. The Samurai Blue have defeated Panama and Costa Rica, scoring three goals apiece while keeping a clean sheet in the process. Additionally, Moriyasu’s players have outplayed Uruguay in another friendly challenge, having clinched a tight 4-3 triumph. However, last week against Venezuela, Japan failed to maintain an impressive run, having been held to a 1-1 draw, thanks to Rincon’s 81st-minute equalizer from the spot.

On the other hand, the White Falcons have wrapped up two straight wins against Syria and Malaysia, thus prolonging their unbeaten run to three. Before achieving those victories, Aleksandr Krestinin’s players have played out a 1-1 draw with Palestina and suffered a 3-0 loss to Azerbaijan. Moreover, Kyrgyzstan secured three wins in the past five road games, having played out one draw while recording one loss in the process. The White Falcons have failed to find the back of the net just once in the previous ten meetings but have kept only two clean sheets during that period. However, the visitors are huge underdogs in this encounter in spite of a promising form. 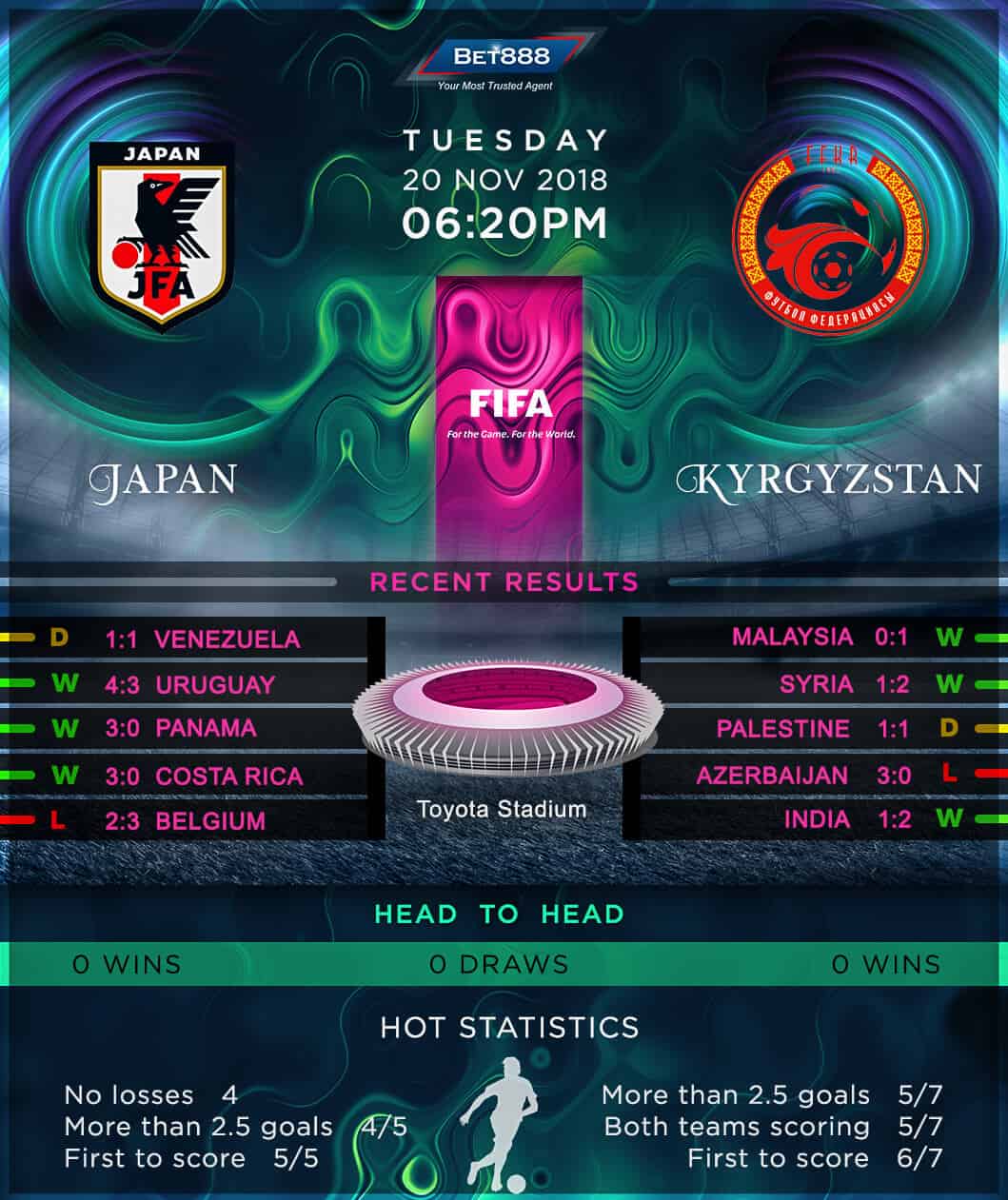