After finishing top of their qualifying group ahead of Saudi Arabia, Japan were also involved in the East Asian Championship as well as a few friendly matches as part of their preparations for the World Cup in Russia. However, following three consecutive games in which they’ve failed to achieve a victory, the Samurai Blue will host Ghana at the Nissan Stadium in Yokohama. The Black Stars finished third in their qualifying group behind Egypt and Uganda, which is why they are going to miss the forthcoming World Cup. The African side are yet to play a game in 2018. Still, James Kwesi Appiah hopes to revitalize his team as it is the first time in the last twelve years Ghana failed to pave their way to the World Cup final tournament. Additionally, the Black Stars are looking to end a 2-game losing streak against Japan, as they’ve lost last two straight friendly matches to the Asian team, one in 2009 and the other in 2013.

Newly appointed Japanese head coach, Akira Nishino, has decided to include Shinji Kagawa and Keisuke Honda although both of them are not yet fully prepared for the entire ninety minutes. As for Ghana, Appiah has introduced a couple of newbies, with Bayern Munich striker Kwasi Okyere Wriedt and Levante’s Emmanuel Boateng, both set for their international debut. However, many regular first-team members have been left out of the squad as Andre Ayew, Jordan Ayew, Daniel Amartey, Christian Atsu, Ebenezer Ofori, Jeffrey Schlupp, Harrison Afful, Baba Rahman and Abdul Majeed Waris, and the captain, Asamoah Gyan, all set to miss the games against Japan and Iceland. 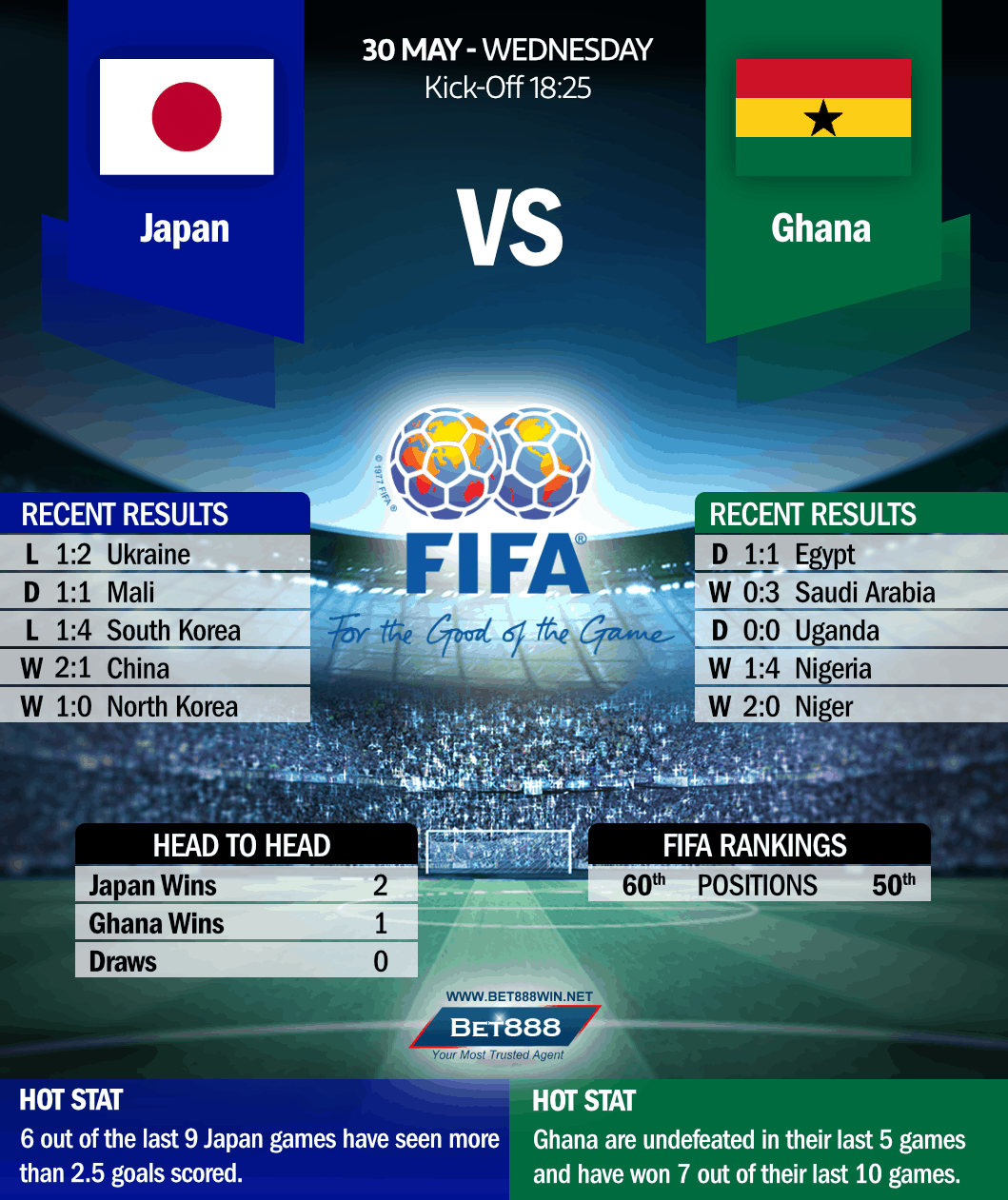