Home of the New York Red Bulls, the Red Bull Arena, plays host to Argentina’s penultimate warm-up clash ahead of the 2022 World Cup, with a lowly Jamaica standing on the other side.

After yet another failed attempt to qualify for their first World Cup finals since 1998, Jamaica have blown hot and cold across their last six international fixtures (W1, D3, L2), including a hat-trick of winless matches in the build-up to this encounter (D2, L1). A lack of scoring prowess has seen the ‘Reggae Boyz’ net one goal or fewer in five of their last six outings, suggesting the Argentina backline should have a field day in New York. That may sound a bit surprising, considering head coach Heimir Hallgrímsson boasts a wealth of attacking talent at his disposal, with four Premier League stars boosting his frontline, including West Ham’s Michail Antonio and Aston Villa’s Leon Bailey. The electric duo should lead the line as Jamaica bid to defy their three-game losing H2H record against Argentina.

On the other hand, inspired by Lionel Messi’s double, high-flying Argentina brushed Honduras aside with an overwhelming 3-0 win last time out, extending their phenomenal unbeaten streak to 34 consecutive matches (W24, D10)! Three fixtures away from equalling Italy’s world-record 37-game run, Lionel Scaloni’s men conquered Copa America and Finalissima trophies during that sequence, bolstering their confidence ahead of the Qatar World Cup. Speaking of Argentina’s imperious run of form, they have racked up four wins from five internationals since the start of March (D1), all of which came by 3+ goals ‘to nil,’ summing up their purple patch in a nutshell. Nothing should change here as ‘La Albiceleste’ have won their three previous H2Hs against Jamaica by an aggregate score of 8-1. 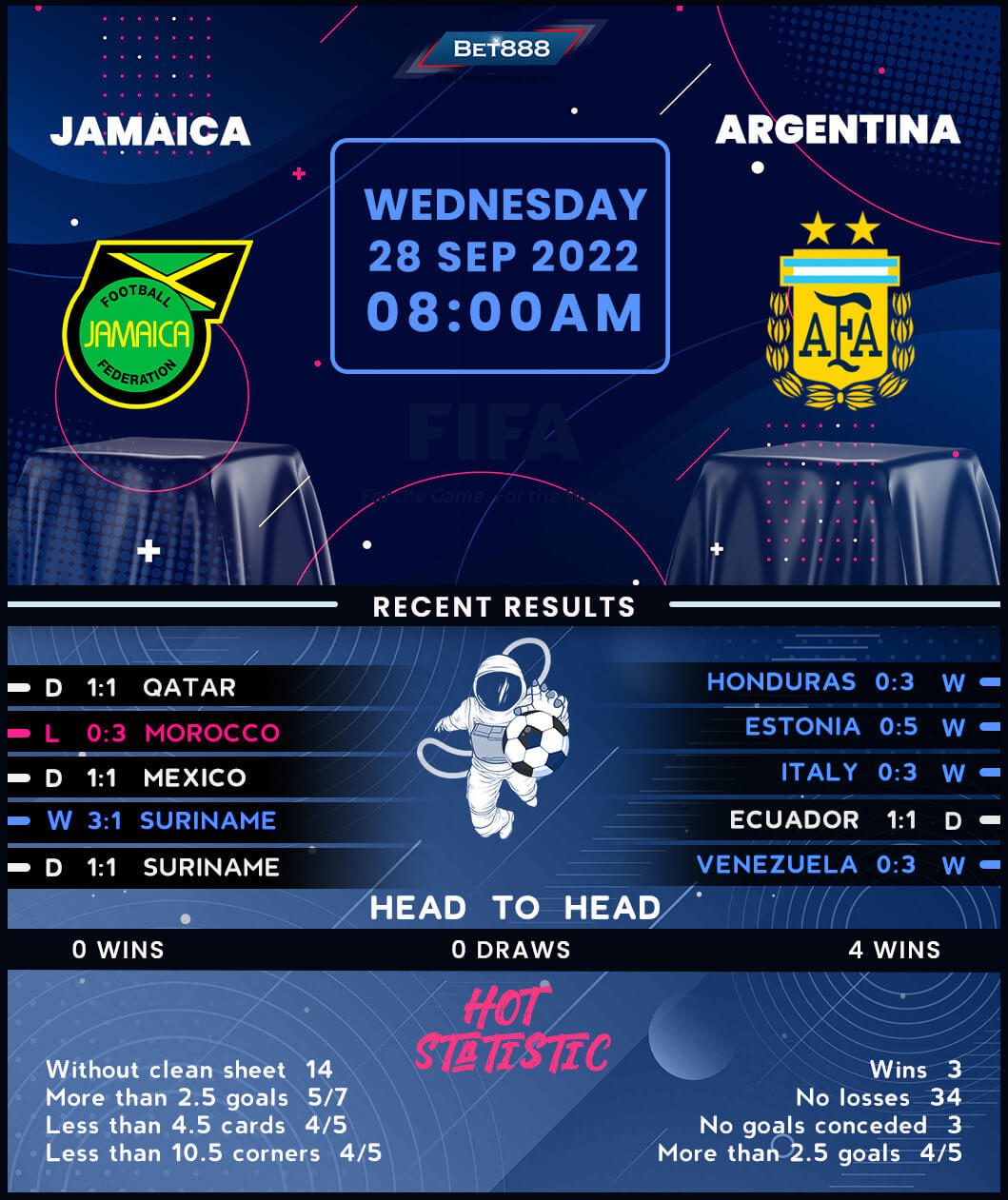